A dentist has applied for planning permission to turn a semi-detached house in Brighton into a surgery to treat NHS and private patients. 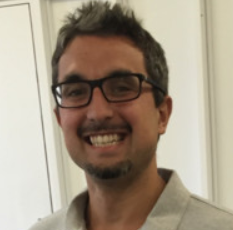 The business, which trades as the South Cliff Dental Group, also has premises in Whitehawk Road, Brighton.

Dr Pitchforth said in his planning application to Brighton and Hove City Council: “We would like to apply for change of use … to set up an NHS dental practice on the site.

He said that his company wanted planning permission “to open a three-surgery dental practice” at the site.

He added: “There will only be internal modifications only to get the practice set up. No structural walls will need to be demolished.”

And he said, there would be no external changes to windows, walls or doors or any roofing.

One neighbour has written to the council to oppose the plans because of the prospect of extra traffic and the pressure that this place on parking.

The neighbour was also concerned about the possibility that the dental surgery could have a “detrimental effect on property value”.

He or she said: “The plans show that there will be three dentists working, with a waiting room for nine patients.

“This could mean up to nine additional car parking spaces needed just for the patients.

“With the three dentists, two receptionists and a practice manager, that is up to another six car spaces needed.

“The property has two parking spaces on the driveway. This, by my calculation, could mean an extra 13 car spaces needed at any one time.

“This will promote patients and staff alike to park on the path blocking the way for pedestrians.

“Many residents already have to deal with student neighbours who constantly block off road parking space at all times of day and night and block cars in so they cannot be used.”

A decision is expected soon.

Have you seen missing boy?