A teenager from Portslade has been jailed for six years for stabbing a “love rival” at a party in Bevendean. 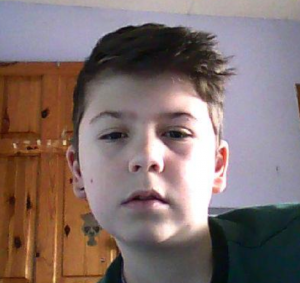 Apps said that he was “truly sorry” for going armed to the party in Bevendean Crescent, Brighton, last July and wished that he could turn back the clock.

But Judge Shani Barnes said that despite his difficult schooldays and heavy cannabis use, he had to take responsibility for his actions.

The former honorary recorder of Brighton and Hove told Apps: “This was an unprovoked attack out of anger and jealousy.

“You appeared to hug (your victim) but you stabbed him in the back. He did nothing to deserve what happened to him.”

He then stabbed the other teenage boy a second and third time and was suspected of stabbing a second teenage boy shortly afterwards.

The judge said that Apps had sent a series of abusive texts to his ex-girlfriend before turning up uninvited at the party.

The victim was believed to have been trying to help the girl stay safe and stay away from Apps.

Matthew Turner, prosecuting, read a personal statement from the victim saying that he thought he was going to die.

He suffered long-term injuries – in particular, from a wound inflicted when Apps stabbed him in the stomach.

The court was told that Apps was older than most of those at the party – held while the host’s parents were away – and had had been drinking and smoking cannabis.

Apps had also been spotted crying at the party because his ex-girlfriend no longer wanted to see him.

Judge Barnes said that she had seen evidence suggesting that Apps was dealing drugs as well as having been a heavy cannabis smoker since he was 13.

She jailed him for maliciously wounding with intent to cause grievous bodily harm (GBH) after he was convicted by a jury in a trial which ended last month.

He is expected to serve at least half of his sentence – taking into account the time spent in custody since his arrest last summer – before being released on licence.