Man jailed for spitting at police and security guard in Brighton

A man has been jailed for nine months for spitting at two female police officers and attacking them in North Street, Brighton.

Michael Jones, 49, grabbed them and twisted one of the women’s wrists during the struggle 10 days ago. He also spat at the security guard and kicked him.

Magistrates ordered Jones to pay compensation of £50 each to PC Chelsie Maskell and PC Bowen and security guard Henry Ratcliff.

Sussex Police praised two people who helped the officers at the scene and are trying to trace them to thank them.

The force said: “Michael Jones has been jailed for 38 weeks for spitting at and assaulting police officers and a security guard in Brighton.

“We’re hoping to track down two members of the public who bravely stepped in to help restrain Jones. Do you know them?”

Jones attacked the two officers on Thursday 9 April after police were called to reports of a man being verbally abusive towards a member of security staff.

When officers tried to restrain Jones, he lashed out.

Sussex Police said: “With the help of two members of the public, officers managed to handcuff Jones and get him on the ground.

“While restrained, he spat directly in the face of the security staff member.

“Jones was arrested on suspicion of assault and assaulting an emergency worker. During his arrest and throughout the duration of the journey to custody, Jones continued to spit at police officers.

“Jones, 49, unemployed, of no fixed address, was charged with two counts of assaulting an emergency worker and one count of assault.

“He appeared at Brighton Magistrates’ Court on Saturday (11 April) and was sentenced to 12 weeks in prison for each offence, to run consecutively.

“The reason for the immediate jail sentence was because the offences were so serious and committed during a period of covid-19. 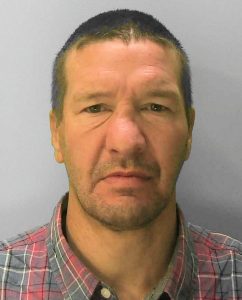 “Jones was also in breach of his post-sentence supervision and was sentenced to a further two weeks for this offence, giving a total sentence of 38 weeks.

“Police are now trying to trace the two members of the public who stepped in to help restrain Jones so they can be thanked.” 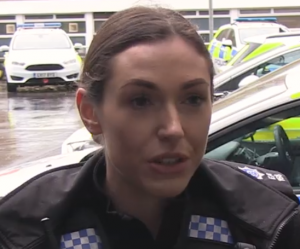 Chief Inspector Roy Hodder said: “We’d really like to find the two men who stepped in to help restrain Jones so we can properly thank them for their actions.

“They were aged in their early to mid-twenties and one was wearing a camouflage top and a black cap.

“Even though Jones was spitting and being very aggressive, these two men didn’t hesistate to step in of their own accord and help restrain Jones until more officers arrived.

“We are incredibly grateful for their bravery and selflessness. Without their help, one of our officers or a member of the public could have been seriously hurt.”

Anyone who knows either of these men is asked to contact Sussex Police online, quoting serial 47200060839.