Campaigners are concerned that they will be unable to ask key questions about the £18 million revamp of the road layout in the centre of Brighton. 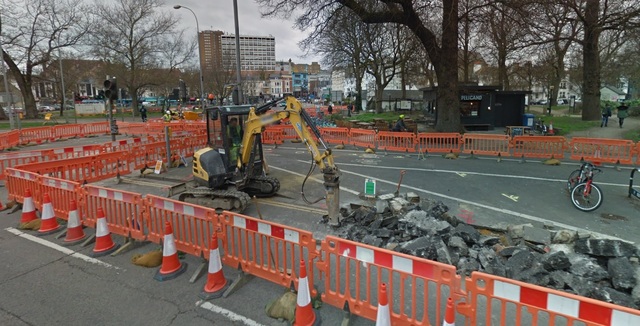 Members of the Valley Gardens Forum fear that cancelled council meetings mean that their voice will not be heard.

The forum, a group of residents and businesses, said that they had been sent a written response to questions that they had submitted to Brighton and Hove City Council.

They wanted to ask questions – about the Valley Gardens project – at the next meeting of the council’s Environment, Transport and Sustainability Committee.

But the council has cancelled the meeting that was scheduled for Tuesday 5 May because of the “lack of items for discussion”.

The official line from Hove Town Hall was that all three political groups agreed to cancel the May meeting almost two months after the March meeting was also cancelled.

But the Conservatives said that the decision went against the Labour administration’s commitment to transparency.

Councillor Lee Wares, the Conservative spokesman on the committee, said: “Labour might be in a position whereby it has run out of ideas but committees exist so that the public can raise matters with the council and hold the administration to account.

“It is also the forum for opposition councillors to raise matters, challenge the administration and scrutinise its decisions.

“In the midst of the pandemic, it is also vital that the public and opposition have an opportunity to understand what the council is doing and also be constructive to assist the city not only in dealing with the virus but also in preparing for the recovery.”

An urgency sub-committee meeting was held to deal with three time-sensitive items of businesses.

The questions related to Valley Gardens Phase 3 which involves revamping the A23 from Victoria Gardens, through Old Steine and down to the Aquarium roundabout.

The Aquarium roundabout is due to be replaced by traffic lights, with Madeira Drive becoming one-way and entry-only by the Palace Pier.

The forum received a letter with written responses to members’ questions which said: “I apologise that you were not able to present to the committee as planned but I hope you can acknowledge that the timing of the committee and subsequent events have presented unique and challenging circumstances.”

After challenging the council’s response, the three people submitting the questions – Daniel Nathan, Adrian Hart and Martin Christie – were given a chance to put them to the meeting scheduled for June.

Mr Nathan said: “It’s very odd that ETS should be one of two council committees not meeting.

“It makes no sense other than the fact someone disregards the committee. There are bigger fish to fry and they want to brush it to one side.

“I don’t think there’s the political leadership to push back against that.”

It is common for several people to ask “public questions” at meetings of the committee which also often receives petitions and public deputations. The subject matter can include rubbish and recycling, traffic, transport and parking, among other things.

The next Environment, Transport and Sustainability Committee meeting is due to take place on Tuesday 23 June.