Campaigners against 5G masts are sharing their opposition to plans for a 20-metre (65ft) high pole at a shopping parade in Hove.

But thousands of O2 and Vodafone mobile phone customers could face even more signal problems unless the mast is approved, a telecom business has warned.

Clarke Telecom has applied for planning permission to put up a mobile phone mast and equipment cabinets outside Uncle Sams, in Queen’s Parade, Hangleton, opposite the Grenadier pub.

It would replace the existing base station across the road where Clarke Telecoms, a specialist support business, said that the roof height was too low to upgrade the site to 5G.

It is the second application to attract opposition within days after 160 people wrote to object to a mast proposed for the corner of Ditchling Road and Upper Hollingdean Road, Brighton.

Dozens more have contacted Brighton and Hove City Council to object to the mast planned in Hangleton.

Clarke Telecom said: “To avoid a situation where there is no coverage for Telefonica in this busy area, there is an urgent need to provide replacement coverage as soon as possible.

“The operator’s customers will soon be unable to utilise the latest technologies for their handheld devices in this area.”

The mast would be covered by an arrangement between O2’s owner Telefonica and rival Vodafone to share network infrastructure.

But objectors have cited a number of concerns including safety, how the mast would look and how close it would be to Goldstone and Hangleton primary schools.

One objector, whose details have been redacted by the council, said: “For what purpose is it? The height of this mast is totally out of keeping with the rest of the area. It will tower over the landscape and be seen from many points of view.

“I believe that this monstrosity will have an adverse effect on the surrounding properties, as who would want to live next to a 20m mast.

“In my opinion, this will impact negatively on property prices in the area.

“It’s also at a traffic junction and I think this huge tower will act as a distraction for both drivers and pedestrians alike, putting people at the risk of injury.” 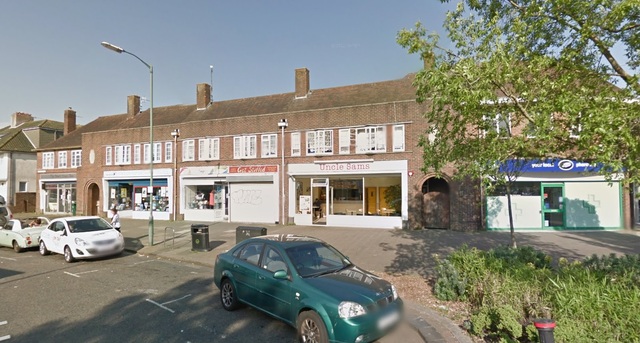 Another objector, whose details have also been redacted, said: “I object to the installation of a 20m monopole due to very bad design.

“A lot of street clutter will be created as a result of this development. Such an unpleasant looking mast should be located far away from the city where no one can see it.

“Finally, such masts should not be allowed to be built until independent experts have proven that it is safe for our health.”

Campaigners have been lobbying the council about the safety of 5G technology. But when the council’s Health and Wellbeing Board met in January, Brighton and Hove’s director of public health Alistair Hill said that Public Health England provided the statutory advice on this subject.

He also said that peer-reviewed research had considered both the short and long-term effects of 5G technology and concluded that there were no adverse health effects.

At the same meeting, the council’s assistant director for development and regeneration Max Woodford said that the council could not stop the spread of 5G from a planning perspective “even if it wanted to”.

Clarke Telecom said that it had contacted the three ward councillors for Hangleton and Knoll, Hove MP Peter Kyle and the head teacher of Hangleton Primary School.

For more details, go to the council’s website and search for planning application BH2020/00954.