Proposals to temporarily widen a cycle lane alongside the A23 are going before senior councillors tomorrow (Thursday 14 May). 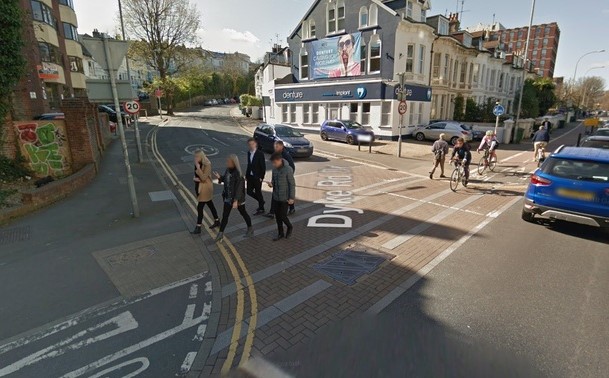 A decision is due just days after Brighton and Hove City Council created a temporary cycle lane along a stretch of the A270 Old Shoreham Road, in Hove.

The report said that more space was needed for pedestrians to allow for social distancing, mainly in the city centre.

It said that the cycle lane between London Road and Preston Park is considered a pinchpoint in the national cycle network.

Southbound cyclists are supposed to cross over to the western side of Preston Road and continue along the pavement, rather than head down Beaconsfield Road, following the flow of traffic.

The report said: “The contraflow cycle route runs on the footway in conflict with trees and pedestrians due to the narrow width.

“Narrowing the northbound traffic lanes would enable cyclists to use the road, allowing sufficient space for two way cyclist movement with social distancing.”

Changes to the primary route into Brighton would cost about £23,000 and are currently under review.

But a proposal to set aside one or two lanes of the seafront A259 between the Aquarium Roundabout and just beyond the i360 will have to wait due to cost.

One suggestion in the report would be to close the south side of King’s Road to cars and create a contraflow cycle path – or the council could close a lane on each side of the main road for cyclists to use.

The report is to be considered by the council’s Policy and Resources Urgency  Sub-Committee in the morning.

Other proposals going before the virtual meeting include closing Sydney Street and Gardner Street to traffic on weekdays, after consulting with businesses, to give more space to people on foot.

Some bus stops may close along Western Road, between Dyke Road and Montpelier Road, to make social distancing easier for people queuing to go into shops – and to give pedestrians more space.

A cycle lane is proposed along Marine Parade.

Another idea is to lengthen the bus lane between Roedean and Ovingdean. This would require an “experimental traffic order”.

The virtual meeting is due to start at 11.30am tomorrow (Thursday 14 May).