A petrol filling station can sell alcohol 24 hours a day despite objections from licensing officials and a neighbour. 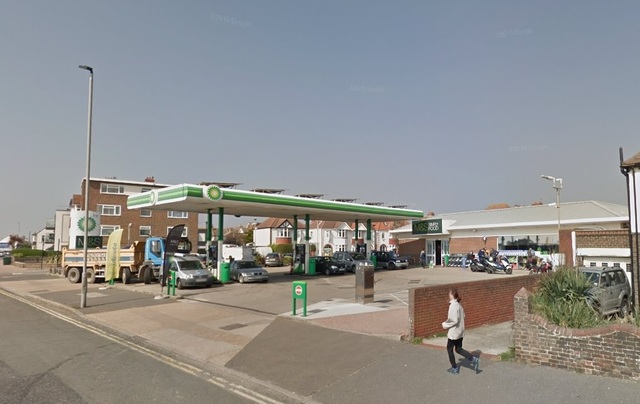 But the BP garage, in Kingsway, Hove, was urged to improve the way that it communicates with neighbours.

The licensing application was made by BP in the name of Hove SF Connect for the BP garage and Marks and Spencer convenience store on the same site.

The shop is already open 24 hours a day but its off-sales licence was restricted, running from 8am to 11pm.

He told a Brighton and Hove City Council licensing panel about noise in the area and was concerned that selling drink through the night would lead to anti-social behaviour.

The panel wrote to BP with its decision and said: “The panel hope that better communication between local residents and the business will take place as a result of this panel hearing.

“All parties will be mindful that, ultimately, review powers exist which represent a key protection for the community should problems associated with the licensing objectives occur after the grant of an application.”

The council’s licensing team opposed BP’s application to extend its licence because of a policy to limit alcohol sales to 11pm outside the centre of Brighton and Hove.

But Sussex Police did not submit an objection because the garage was not in a high-crime area or in parts of Brighton and Hove where stricter licensing rules apply.

The licensing panel also said: “The panel considers that the applicant has demonstrated an exceptional willingness to meet the requirements of the responsible authorities.

“They have met with relevant officers on the site to go through areas of concern, for example, deliveries, litter and noise – and conditions are now agreed to deal with these and other concerns.”