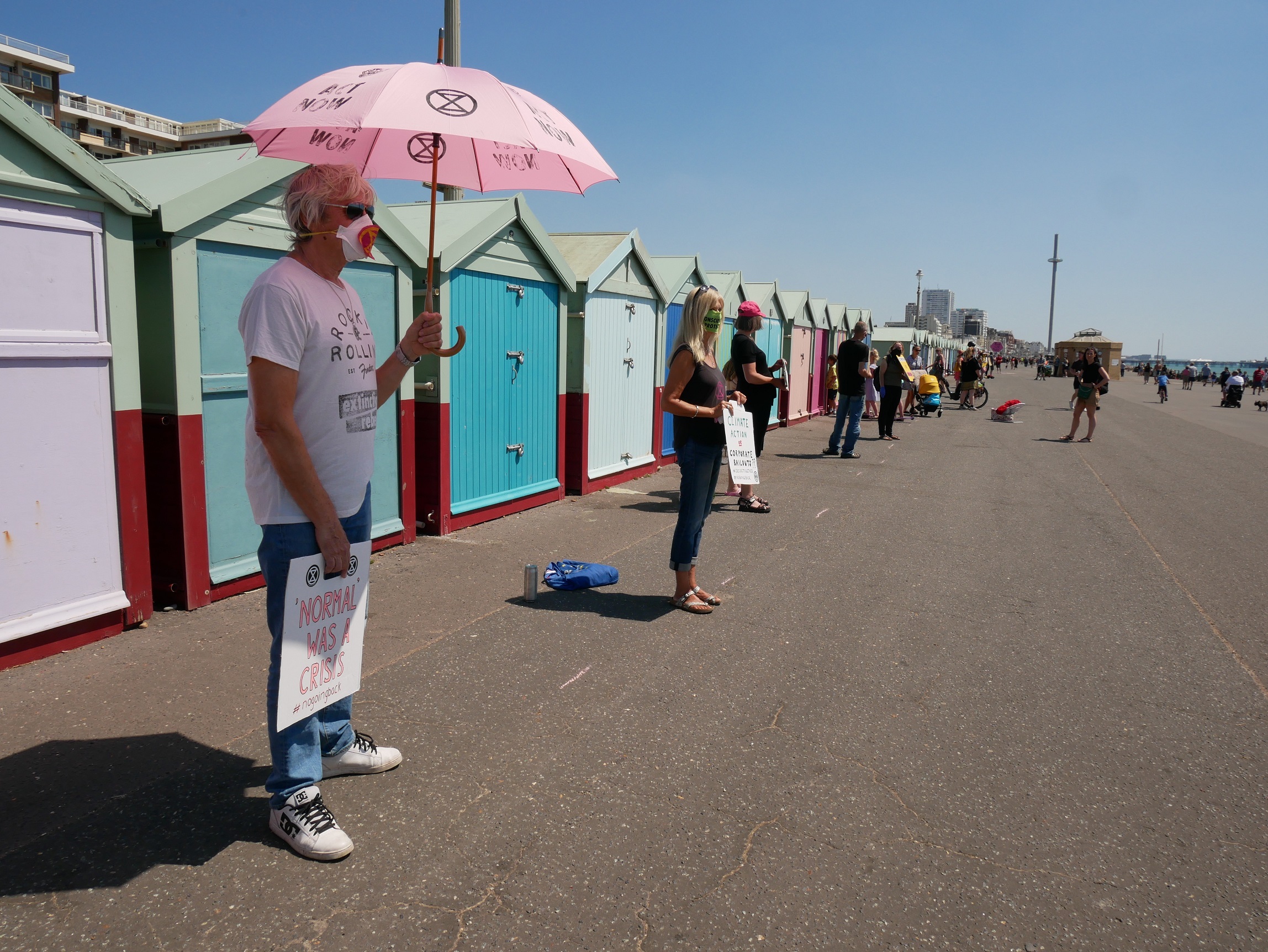 The protesters at Hove beach huts on Saturday

Climate activists held a socially distanced protest by the Hove beach huts on Saturday to call for more say in how the country recovers from the coronavirus pandemic.

Extinction Rebellion Brighton is calling for a citizens’ assembly to decide how to restructure the economy, and says the majority of the public believes addressing the climate crisis must be at the forefront of government policies.

Activists stood in silence for an hour, three metres apart, in front of the beach huts.

They held signs which said Decide together, No going back, Profit or people? and New Roads or new bike lanes?.

An Extinction Rebellion Brighton spokesperson said: “We are at a turning point in human history. The Government is driving a return to ‘normal’ as quickly as possible. But ‘normal’ is killing us.

“Our Government has a choice: prioritise profit or prioritise health. Bailout destructive industries or bailout people and the planet. Mass extinction or mass participation.

“It’s time to trust the people. As part of coronavirus recovery, we demand a binding citizens’ assembly on how to rebuild our economy, our democracy and our future.

“As we have recently seen, Brighton and Hove City Council was able to act in a matter of days in response to a crisis threatening the health and wellbeing of our communities.

“Why then, with a crisis of such enormous magnitude and consequently much greater risk to people, have they done so little in relation to the climate and biodiversity crises?

“Extinction Rebellion Brighton recognises that they have made positive steps, for example the new Old Shoreham Road bike lane, but say there is still so much more to be done.”

Similar protests took place in other areas of the country – including Parliament Square in London.