Car parked with no handbrake ploughs into chicken shop 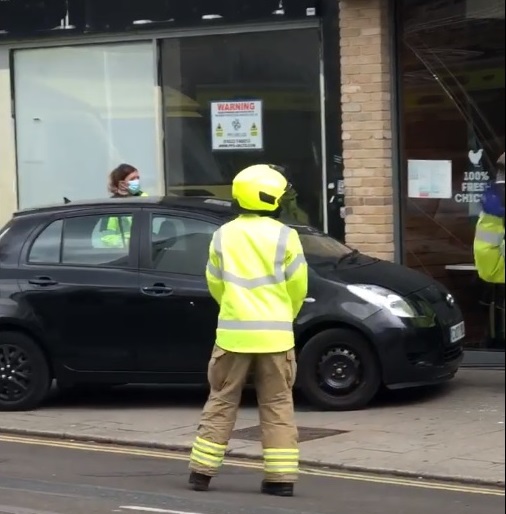 The aftermath of the crash. Picture by Stanislav Stefanov

A car left parked without its handbrake on rolled across a busy road and ploughed into a chicken shop yesterday afternoon.

The black car was left by its driver outside H&M as she went to run an errand.

But without its handbrake, it started moving towards Roosters Piri Piri, about 40m away, and had picked up enough speed by the time it crashed to take out a full height window and door. 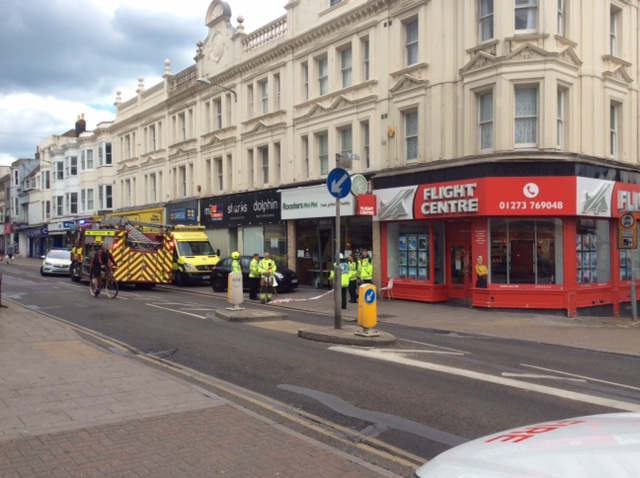 Fire crews at the scene yesterday. Picture from ESFRS.

Roosters owner Syed Rahman said: “The lady was collecting an order from M&S or somewhere and she parked outside H&M and left the handbrake of.

“We were surprised at how much momentum it managed to build up.

“The window is gone, and the door. The vibration from the crash even knocked some switches off the wall.

“It’s not what you need with everything else.”

The crash happened at about 2.45pm.

A spokeswoman for East Sussex Fire and Rescue said: “At 2.44pm, firefighters from Brighton, Roedean and Lewes were called to attend a commercial property on Western Road, Brighton following reports that a car had driven in to a shop front.

“Crews secured the property and made the scene safe. The incident was duly handed back to the business owners.”