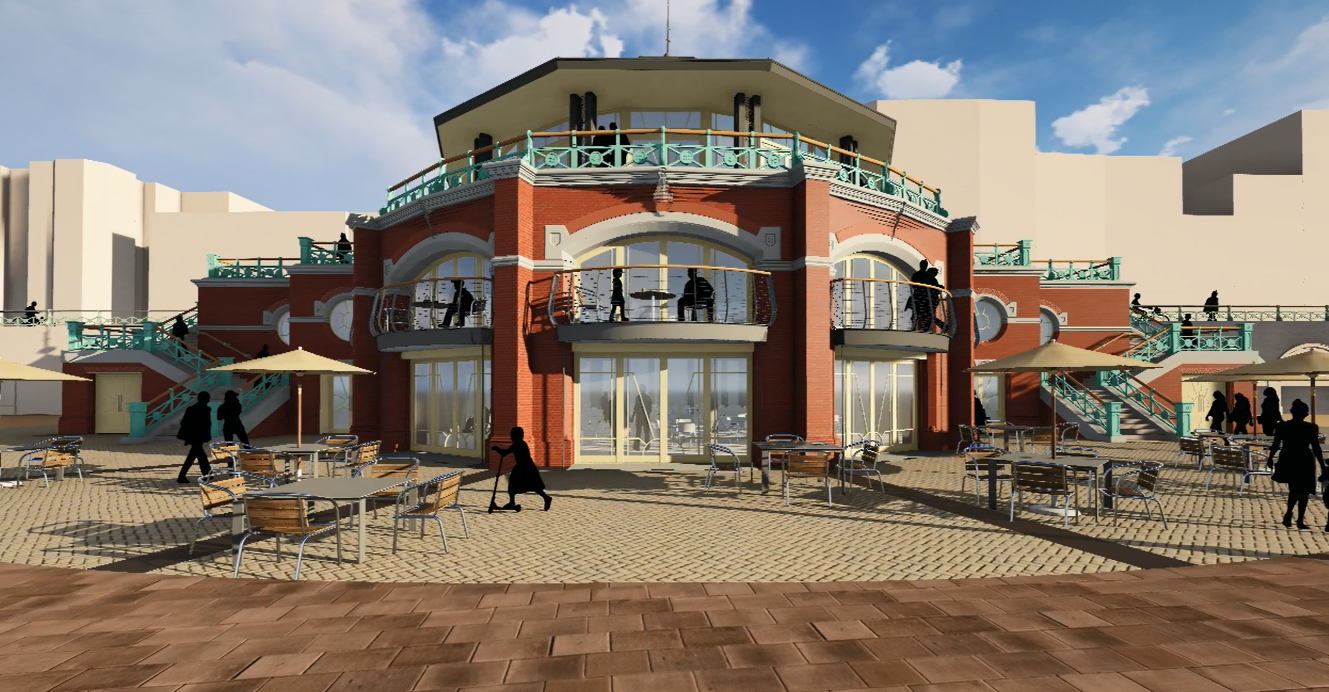 New food outlets on Brighton beach will attract a better class of customer to the seafront, councillors were told today.

The food court opening at the new Shelter Hall on the seafront was described as “improving the demographic” by both the leaseholder and the seafront development manager at a Licensing Panel hearing on Thursday, 11 June.

Its alcohol licence application went before the panel because it does not fit into the authority’s policy for the city centre cumulative impact zone, where limits are placed on new alcohol licenses.

During the meeting the food hall proposal from leaseholder Sessions Markets Ltd, was described as food led, rather than alcohol based.

When it opens seven different restaurant kitchens will provide food, with alcohol sold from the dedicated ground floor and mezzanine bars, only.

After negotiations with Sussex Police and Brighton and Hove City Council’s licencing department, Sessions Markets Ltd agreed “substantial food” from at least three kitchens must be available up to an hour before the bars close.

Discussions with the Licensing Panel consisting of Labour’s Licensing Committee chair Jackie O’Quinn, Green Lizzie Deane and Conservative Dee Simson, resulted in a further condition of one kitchen staying open until 30 minutes before the bar closes.

Sessions Market’s founder and CEO Daniel Warne told the panel of his vision for a “unique” concept for Brighton and the country.

Mr Warne said he created Sessions Markets last summer in response to trends in the restaurant industry, moving away from big brand chains towards more independent and local offerings.

He said: “This will be a novel, unique destination for Brighton, the likes of which does not exist elsewhere.

“We throughout this process have really tried to immerse ourselves with the local community and with our partners, the council, who are the landlord on the building.

“We feel in order for this to be truly successful; it needs to feel like an authentic representation of the very best in the market.

“We’re talking about the very best in food, in drink and in entertainment, all of which we think will help the local area, will bring in a mix of different demographics.

“Already Brighton is one of the cultural hubs of the UK, even more so a destination that will have greater appeal for people beyond the city walls.”

Mr Warne said only premium brands would be stocked in the bar, such as craft beers from Unbarred and Brighton Beer.

Councillor O’Quinn asked to have a condition to restrict alcohol sales to the two bars, to “cement” the venue as it is and prevent any kitchens from setting up as bars.

Mr Warne asked for an alternative condition if in the future a brand asked to set up a pop-up bar, similar to Champagne and Pimm’s bars seen at outdoor events around the country.

Councillors agreed a condition limiting the venue to two temporary pop-ups at least two metres away from the hall’s windows.

Councillor Simson asked about the designated premises supervisor, who has ultimate responsibility for alcohol sales on the site.

Mr Warne assured her the operations manager Isabelle Hersom is a Brightonian licensee with extensive experience in restaurant and bar management at the city and regional level.

Councillor Deane asked about the availability of soft drinks, teas and coffees.

One outlet will be a coffee shop, and all outlets can sell soft drinks.

She also raised the issue of cutlery and crockery, as she wanted to ensure there is an element of recyclability and litter reduction.

People eating on-site will have a conventional set of cutlery and crockery.

In a takeaway situation, Mr Warne said the company is working with Vegware to introduce sustainable, compostable utensils and packaging.

He confirmed the company is also working with the city’s Food Partnership as recycling is what customers want, too.

Seafront development manager Toni Manuel said the food hall is in the perfect location and an “exceptional offer” for the city even though it is at the bottom of West Street.

She said: “This offer will help to dilute some of the issues in the area and encourage more people to come and eat at the seafront at night.

“It will be a great food offer all people can access well into the evening.”

She said the food court bridged what is offered on the seafront during the day and at night, being suitable for families and couples.