The current organisers of the annual Pride festival in Brighton and Hove are expected to receive a significant vote of confidence from councillors later this week.

Backing is expected to be given to the headline events in Preston Park and St James’s Street up to and including 2026.

The CIC cancelled the 30th anniversary celebration this year because of the coronavirus pandemic.

On Thursday (18 June) Brighton and hove City Council’s Tourism, Equalities, Communities and Culture Committee is being asked to allow the fenced and ticketed events in public spaces until 2026.

Officials have recommended granting permission and councillors are expected to vote in favour.

In November 2014, councillors agreed that Brighton Pride CIC would run the event until 2020.

Annual Pride events include the Community Parade, the Preston Park Festival, the Pride Village Party and the Pride dog show. The CIC also hosts a campsite at Waterhall.

Councillors are also being asked to allow officials to agree cost-sharing arrangements until 2024.

A council report said: “BPCIC has managed and run a safe and well-organised event for several years.

“This is particularly apparent with the Pride Village Party. Following concerns in 2013 that the event was becoming unmanageable, Pride took over the running and introduced a fenced-off ticketed area, resulting in a more manageable and safer event.

“In 2020, due to the covid-19 pandemic, Pride has been cancelled. Due to the cancellation and the uncertainty going forward, BPCIC and officers have had discussions about arrangements initially for 2021 and then beyond.

“It is recognised that an event of this size does impact on council services, in terms of additional direct costs, loss of revenues and additional officer time.

“Although committee previously agreed to the council absorbing these costs in 2017, council budgets have seen significant reductions over the last few years and it is appropriate to work with BPCIC to agree to a full cost-sharing arrangement.” 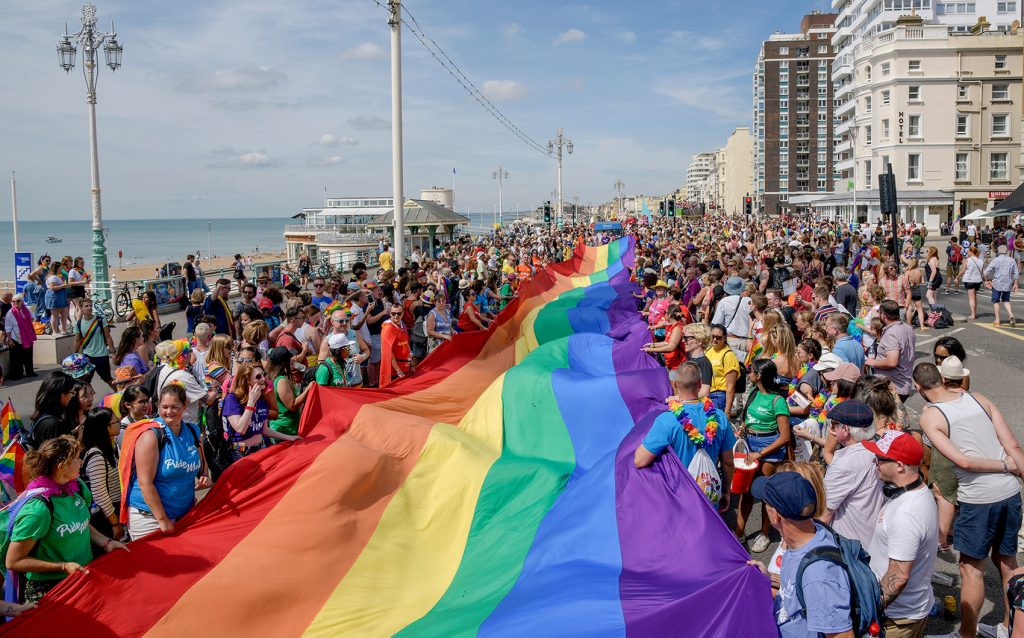 The council covers the cost of Prides’s licence to use Preston Park. The CIC also does not pay to use Old Steine. Individual businesses pay the fee for St James’s Street.

Pride is estimated to be worth £20 million to the Brighton and Hove economy each year, attracting hundreds of thousands of people to the street parade and more than 50,000 to Preston Park.

Events managed by the CIC cover csts of £4 million through ticket sales, sponsorship and concessions.

The CIC currently has reserves of slightly less than £600,000.

Since 2013 Pride has raised nearly £1 million for charities and community groups.

Pride covers the £60,000 cost of cleaning up the spaces that it uses but not the surrounding streets but it organised a beach clean last year.

The council’s Tourism, Equalities, Communities and Culture Committee’s “virtual” meeting is due to start at 4pm on Thursday (18 June) and is scheduled to be webcast on the council’s website.