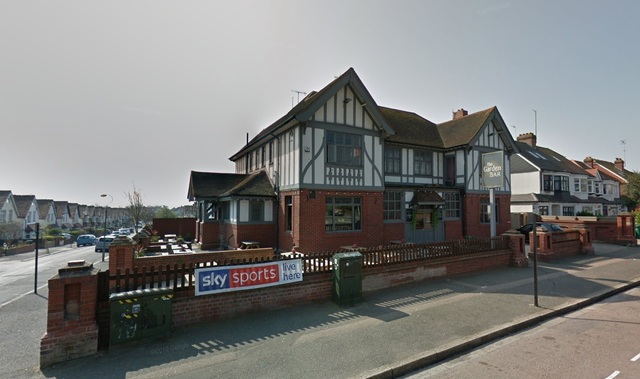 A Hove pub owner confronted by neighbours complaining for the first time about noise at a licensing hearing said he hadn’t acted on them because he was “not clairvoyant”.

Singing, swearing and breaking glass were cited as problems experienced by neighbours objecting to the Garden Bar’s bid to extend its licence from midnight to 1am on Fridays and Saturdays.

The Portland Road bar’s garden runs along Mansfield Road, and people living nearby shared their experience of shouting, screaming and music coming from it during the virtual hearing of the Brighton and Hove City Council Licensing Panel over Skype today (Friday, 19 June).

But the pub it was not aware of any of their complaints.

Peter Wilson, director of Abiru Ltd which runs the pub, asked one of the objectors why he had not complained so the management could address sound problems.

The neighbour, Leigh Sanders, said he was “not that guy”.

Mr Wilson said Environmental Health had one complaint a year about noise.

He was confused by comments about noise of swearing in the garden at 1am, as the garden is cleared by 11pm.

Mr Wilson said: “We will do a better job when these things are brought to our attention, and we can address them.

“We honestly didn’t know. The complaints that are not made to us, or the council, or the police require clairvoyance.”

He said he would look into installing sound-proof curtains and a thick hedge in the pub garden to reduce noise.

Wish ward councillor Robert Nemeth told the panel he had received more objections than letters of support for the application.

He said, along with fellow ward councillor Garry Peltzer Dunn, they had never received so much correspondence for a licensing application.

However, more supporters had telephoned Councillor Nemeth, and he has heard from people who have changed their minds and no longer object.

Councillor Nemeth said: “The effects of loud music are a concern and these representations should be taken into account.

“While I have not received any complaints as a councillor about the general operation of the pub, ever, I strongly recognise people living nearby are best placed to comment.

“Residents have not been shy in coming forward.”

Mr Sanders, who has lived near the pub for three years, told the panel he is concerned the extended hours will keep his family awake late into the night.

Mr Sanders said: “My kids’ reality of a summer evening is they cannot have their windows open for fear of what they will overhear with the license as it stands today.

“The application is to make parties more viable and attract more party business.

“More fun outside, more outdoor music, parties are going on until later in the night and a more diverse range of people able to attend because children could stay until 10pm.”

Mr Sanders said although other pubs have later licences, they don’t market themselves for parties.

He said people have not officially complained as many do not know how, and others are concerned records of noise problems would impact on house prices.

Panel member councillor Clare Rainey asked if the problem was daily and year-round. Mr Sanders said it was fortnightly at weekends.

At the moment customers are allowed in the pub garden until 11.30pm. However, people are moved inside from 10pm and it is cleared by 11pm.

These included a dedicated mobile phone line for neighbours to call with any noise complaints; a representative from the pub to attend residents meetings when requested and limiting the number of smokers outside after 9pm to no more than 12 at the front or side of the building.

Abiru Ltd has applied to open until 1am on Fridays and Saturdays, as well as bank holidays and St Patrick’s Day.

At the moment the pub closes at midnight on these days and 11.30pm the rest of the week.

The application included allowing live music until midnight at weekends and recorded music until 1am.

If the long hours are approved, then these would be limited to no more than three nights in a row, to prevent five days of late nights over the Easter weekend.