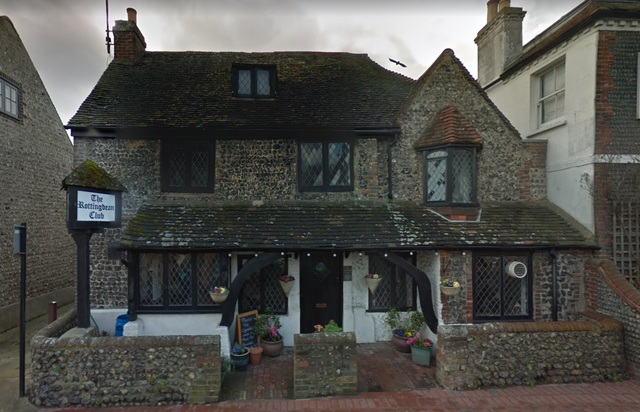 The Rottingdean Lounge in High Street wants to remove the licence stopping it serving alcohol to the public.

But Brighton and Hove City Council licensing department received two objections, which means a panel will now debate the application next Wednesday.

At the moment, alcohol sales are restricted to members and their guests.

Council policy does not put time restrictions on private members’ clubs outside the city centre.

This means the council’s policy of midnight closing in the suburbs won’t apply to it.

Designated premises supervisor, Phillip Sherrington, who has day-to-day responsibility for alcohol sales on the premises, said the venue is busy with a growing membership and operates a Challenge 25 policy.

He said: “There have been no representations made by any of the responsible authorities and that I have always worked very closely with the licensing officers to ensure that our reputation and handling of the venue is kept untarnished and I don’t believe that changing the licence will change this.

“These are difficult times for the licenced trade as a whole, and it is important to me that we can do whatever we need to be able to keep custom alive while abiding by the law and by changing the licence this will go some way to assisting us in doing so.”

The venue, which is owned by Carter-Christian Limited, is allowed to open until 3am, but currently opens from 10am to 12.30am, Monday to Sunday.

Alcohol sales end half an hour before closing.

In its application, the venue’s application states no drinks are permitted in the front garden.

One of the objectors, whose details are removed from the council’s website, said Rottingdean has an “unusually high number” of licensed premises in proportion to its population and size.

The objector wrote: “An application to convert a highly restricted license based upon a members’ club model to that of a loosely restricted pub/bar model, under previous licensing policies, would be highly unpalatable.

“It is our opinion that this application should be refused.”

The other objector wrote: “I found that its clientele was an older generally community-minded group who appreciated the venue’s nature as a club and behaved accordingly.

“I feel that much of this goodwill and agreed, acknowledged contractual behaviour will be lost if it becomes yet another public house in a small village that already has five such venues.”

There were three supporting statements, with details redacted on the council’s website.

One wrote: “Our village has a strong neighbourhood culture and allowing the Rottingdean Club to become an inclusive venue will benefit the community.

“I have no concerns that this application if granted, would create any risk under the prevention of crime and disorder or prevention of public nuisance categories.”

Another supporter said: “The present owners and an established loyal membership, are already mindful of theirs and their guest’s behaviour at all times.

“Particularly when leaving the club after 10pm. If it was any less, I wouldn’t be the regular member I am.”

The licensing panel is due to be live-streamed on the council’s website from 10am on Wednesday 22 July.