A councillor is concerned that a consultation about a cycle lane in Hove has been nobbled by groups from Shoreham, London and as far away as Yorkshire. 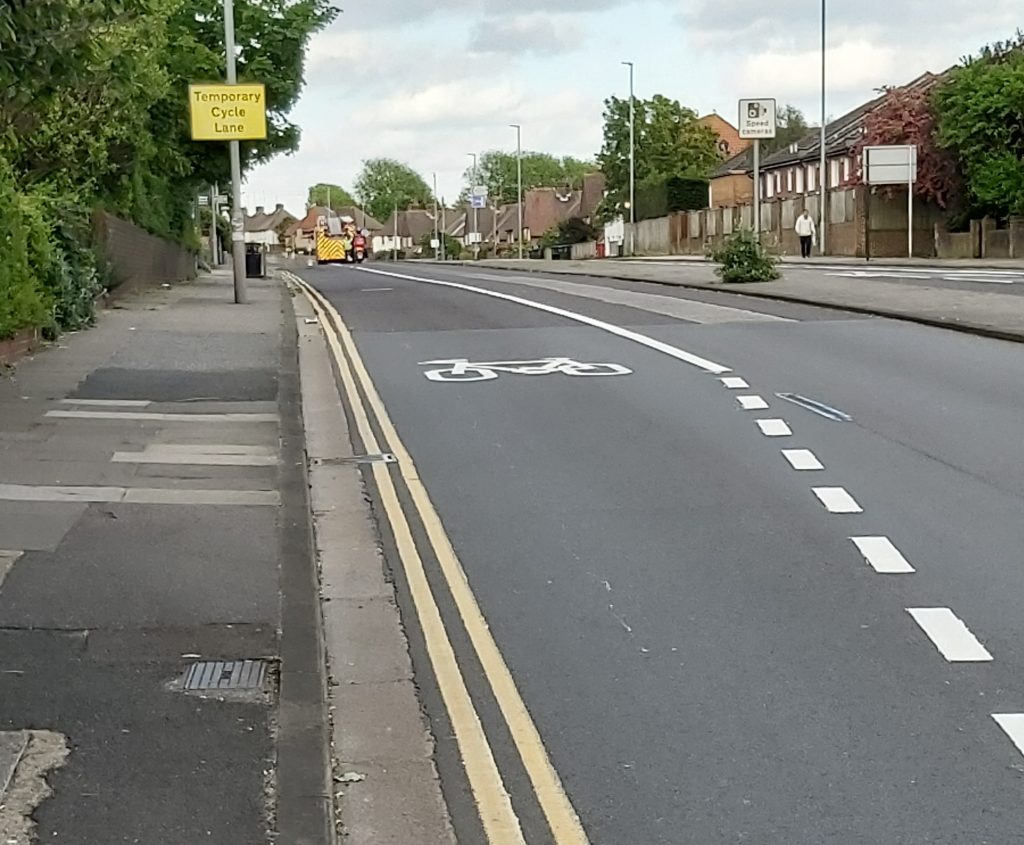 The first of them appears to have been a post by Shoreham-by-Cycle calling on people from outside Brighton and Hove to support the controversial cycle lane.

Labour councillor Peter Atkinson, who represents North Portslade, is concerned that outside organisations interfered with the consultation to boost the number of responses.

The Shoreham-by-Cycle post was shared across the social media platform more than 75 times by individuals on their profiles and to numerous cycling groups.

It said: “There has been a lot of discussion about the new cycle lane in Brighton along the Old Shoreham Road.

“We’re a big believer in making the roads safer for people to travel to have the option to leave their car at home and to travel actively in a safe manner.

“We’d like you to give your feedback to Brighton council (even if you are not a resident). We’d really encourage you to do so here.”

A post with the same information about the consultation which was shared on the Critical Mass London group, with more than 11,000 members, was further shared more than 20 times.

London-based cycling groups in Lewisham, Hounslow and Ealing were among those encouraging people to respond to the consultation and a petition supporting the cycle lane.

The post even made it to Yorkshire and the national group Cycling UK.

Councillor Atkinson said: “The consultation needs no verification of who is filling it in and I suspect we will further find more cycling groups far and wide sharing the consultation.

“This issue really only affects local residents and businesses but it seems like they are being manipulated in an extreme fashion to achieve a result which will simply not reflect local opinion.

“This is a consultation, carried out by the council, not a petition and, as such, should be a true reflection of local opinion and not suffer from this gross external interference.” 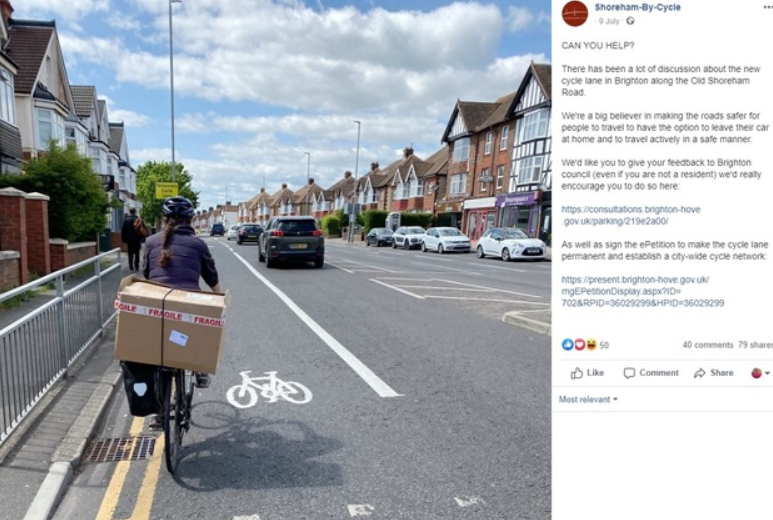 Shoreham-by-Cycle said that the council had invited people who travel through Brighton and Hove or who were visitors to respond, adding: “As a Shoreham-based group, routes between Shoreham and Brighton and Hove are really important to Shoreham residents.

“Many Shorehamites work in Brighton and Hove and others shop there or visit on a regular basis.

“Brighton and Hove City Council clearly appreciates this, so we appreciate their openness to wider feedback.”

The council said “This is an online survey to gather views on a number of temporary transport changes in the city, not a formal consultation.

“Any proposed permanent changes would be subject to a formal consultation before implementation.

“Respondents are asked to input their postcode information and we encourage all users of our transport network and public spaces to have their say.”

The survey is open until Saturday 31 October in the public consultation section of the city council website under the heading Covid-19: Temporary Changes to Transport and Travel in Brighton and Hove.

Separate consultations are under way for different travel measures across Brighton and Hove.