Plans to turn a former clothes shop into a café have been thwarted after the owner lost his planning appeal. 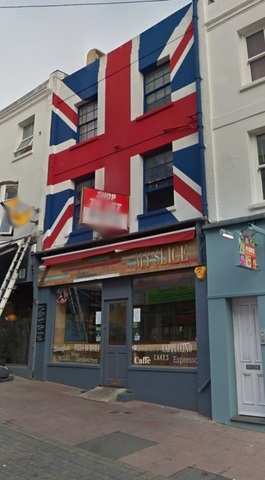 Cristo Doda, who owns 15 Cranbourne Street, Brighton, the former site of Rag Freak clothes shop, wants to convert it into a café to reflect changes in shopping habits.

Brighton and Hove City Council planners refused permission for a food outlet, saying that a change of use would harm the “vitality and sustainability of the regional shopping centre”.

In his appeal, Mr Doda said that many shops in the area were finding it hard to “make ends meet” as the internet “revolutionised” shopping habits.

He said: “Shops around me have changed to cafés and restaurants and are making a good return on their hard work and are surviving.

“The location of my shop is ideal for shoppers and visitors to sit down, relax, enjoy a meal and watch the world go by.”

Mr Doda said that there were no objections to the plans.

He added: “The city centres are already becoming ghost towns so I can’t understand the logic behind the local authority’s decision.”

But planning inspector Neil Holdsworth upheld the council’s decision, describing the shop as within the “prime retail frontage of a regional shopping centre”.

He said that he noted the “economic challenges” that shops face but as there was no “historic vacancy” he did not see why the site could not continue as a shop.

Mr Holdsworth said: “It was clear from my observations on site that a significant number of the units along Cranbourne Street are in non-retail use, with a particular focus on food and drink outlets.

“The low proportion of retail units means that the desirability of the street is a place for shopping is diminished.

“The change of use of this site to a café would further consolidate this trend, undermining the function of the road as primarily being a place for shopping.”