An independent councillor has urged two colleagues who quit their party last month to stand down from the council and fight a by-election.

Bridget Fishleigh, who was elected as Independent, said that fellow councillors Nikkie Brennan and Kate Knight won their seats because they stood for Labour.

She said that neither should be called an independent.

The pair resigned from the party last month after they were told that they would be investigated over claims of anti-semitism – charges both deny.

As a result of their resignations, Labour went from being the largest party on Brighton and Hove City Council to the second largest, allowing the Greens to take over.

Like former Conservative leader Tony Janio, who resigned from his party’s group on the council, they all now sit as independents, making four in total.

Councillor Fishleigh said: “In normal life outside politics, people who bring shame upon an organisation, damage its reputation and whose actions result in their boss – in this case Nancy Platts – being demoted are fired or resign before they are fired.”

The Rottingdean Coastal representative said that Councillor Brennan and Councillor Knight were elected under the Labour banner and had help with their campaigns from across the Labour Party.

Councillor Fishleigh said: “They are clearly not independent councillors and I do not think they should receive any more council tax payers’ money.”

She that the she understood that the two former Labour councillors did not even live in the wards that they represented.

“So what is the role of these so-called independent councillors then?” Councillor Fishleigh said, adding: “They’re not representing their political parties any more. Nor do they represent residents effectively as they are not on the ground.

“I live in Saltdean. This means that I know when the bins aren’t emptied because mine aren’t either.

“I know when there’s trouble on the A259 because I’m stuck on it too. 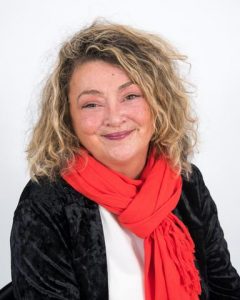 “So I say to these councillors who have brought so much chaos to our city, please respect democracy and resign your seats so that by-elections can be held.

“Of course, you can run as an actual independent candidate just as I did.”

Councillor Fishleigh said that she was the only councillor in recent memory to have stood and been elected as an independent. The last was Jayne Bennett in 2007.

During her campaign she told people that they could of course vote for candidates from the main political parties but she urged people to spare one of their three votes for her.

He resigned from the Conservative group on the council rather than from the party, she said, but felt that he should also respect democracy.

Councillor Fishleigh added: “I understand that he is still a member of the Conservative Party and certainly seems to be very proud of being a Conservative.

“So his situation is a bit different from the councillors who have resigned from the Labour Party but are staying on as ‘independent’ councillors.”

Councillor Janio said that he was happy to refer to the former Labour councillors as independents.

He said: “We all have varying views and, being an independent, it doesn’t mean we give them up – just that we aren’t subject to party discipline.

“We all bring what we can to the council, whatever label we have.”

Councillor Janio, who holds a seat in Hangleton and Knoll ward, added that Councillor Fishleigh missed out on the benefits of the party system which offered mentoring and training.

Councillor Brennan, who represents East Brighton ward, said that she had not decided whether to give herself a different label other than independent but said that she was committed to working for her ward.

She said: “This has been forced on me. My only concern is that I can carry on speaking out for my residents of Whitehawk and East Brighton without a political platform.

“Without just scoring political points, there’s so much to focus on given the present climate.

“I fear my residents will be hit the hardest. That is my priority.”

Councillor Knight said that she had received a lot of emails asking her to continue representing Moulsecoomb and Bevendean as an independent.

She said: “These have been a very difficult and upsetting couple of weeks and a great deal has changed.

“What hasn’t changed, though, is my absolute determination to carry on working hard for the people of Moulsecoomb and Bevendean.

“These are really difficult times – possibly with worse to come – and many people in the ward are already struggling.”