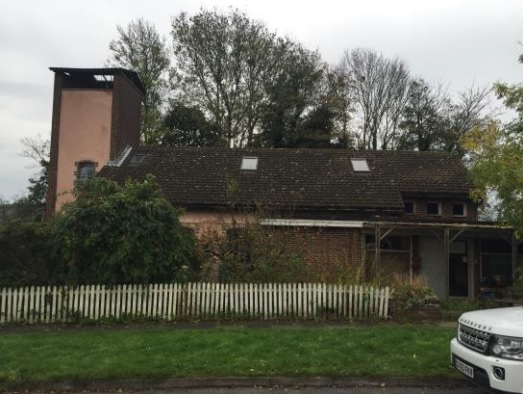 The Meeting House in Park Close

Neighbours have objected to plans to demolish a former 1950s church to make way for flats.

The Meeting House in Park Close, Coldean, was originally used as a Mormon meeting house but has been used as a home since 1993.

The application says it is now run down and has been sold to property developers WSE Property Services.

WSE want to build 12 flats on the site – but neighbours have raised concerns about the number of homes on the small site and the knock-on effect on parking. 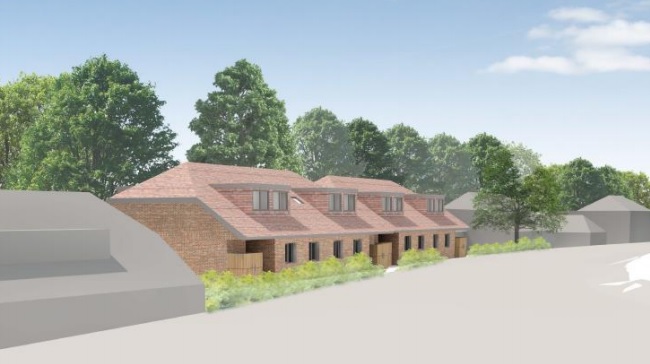 An artist’s impression of the Park Close flats

The names of all those objecting have been redacted on the council website.

One said: “The development of a property of this size will have an adverse affect on the whole area. Flats in particular are not in keeping with the surrounding properties, parking is already an issue and allowing this development can only make things worse.

“You can see from previous applications that the developer is only interested in in cramming in as much as he can without any consideration for the surrounding area.”

Another said: “I strongly object to the proposed development, it increases traffic, vehicles.

“It doesn’t show an acceptable solution for parking space, rubbish. Each flat would most certainly own at least one vehicle, specially if you account the distance to the centre of Brighton or any work place.

“The building seem to be very close to the boundaries, which would affect the immediate neighbours, with privacy, overlooking, it would block the sun to their house.”

The former owner, Don Elwick, made three attempts to knock it down and replace it with houses between 2014 and 2017 but was refused planning permission each time.

Mr Elwick appealed the second and third application but both were dismissed, with the second appeal being turned down because one of the houses would be out of keeping with the hip-roofed bungalows surrounding it.

The inspector also said a bat and hedgehog survey should be carried out.

Nine parking spaces and stands for 12 bicycle would also be provided.

In the planning statement, consultants Lewis & Co Planning said: “The proposed frontage would replicate the semi-detached chalet bungalow appearance of many of the surrounding properties on Park Close.”

A bat and badger survey conducted in May also found the development would be unlikely to harm local badgers, or cause any direct or indirect impact to bats.

None of the flats would be affordable, which would usually mean a contribution of £636,000 to build affordable homes elsewhere would be required.

However, the application says that difficulties of building on the site, which is on a steep slope, would make the scheme financially unviable if this contribution was required and says there are grounds to grant permission without it.