A lorry driver has been arrested after a crash with a prison van on the A27 yesterday (Monday 10 August). 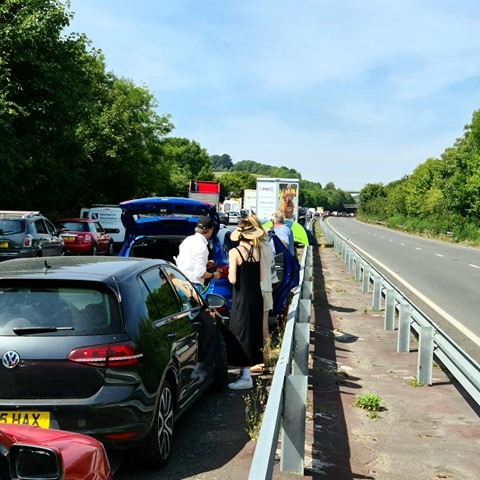 Sussex Police said: “A man has been arrested following a serious collision on the A27 at the Lewes bypass.

“At 10.55am on Monday (10 August) police were called to a crash involving an HGV lorry and a broken down security van transporting a prisoner.

“All three occupants of the security van suffered injuries.

“The prisoner – a 29-year-old man – sustained a head injury and remains in hospital in a serious but stable condition.

“The lorry driver – a 58-year-old man from Seaford – was also injured and has been discharged from hospital.

“He has been arrested on suspicion of causing serious injury by dangerous driving and released under investigation while inquiries are ongoing.”

Detective Inspector Sue Neilson, from the Serious Collision Investigations Unit, said: “This was a serious crash in which several people were injured and we are working to establish the full circumstances.

“We continue to appeal to speak to anyone who witnessed what happened.

“If you have dash-cam footage of the collision, or of the broken down security van prior to the crash please report it to us.

“Anyone who witnessed what happened is urged to report online or call 101, quoting Operation Onyx.”