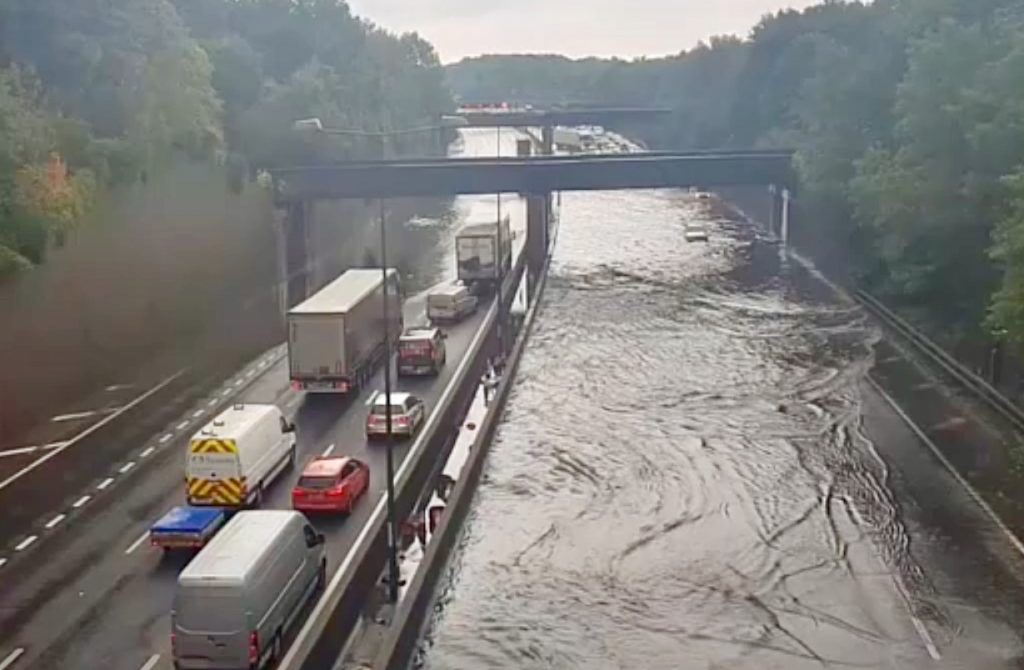 The M25 was hit by flash flooding this afternoon

Flash floods have led to the closure of two motorways this afternoon (Thursday 13 August) affecting thousands of commuters driving home to Brighton and Hove.

Sections of the M23 and M25 have been shut while in some places traffic is down to just on lane.

Highways England warned of delays of up to two hours at one point.

It said that the roads should return to normal by 9pm tonight.