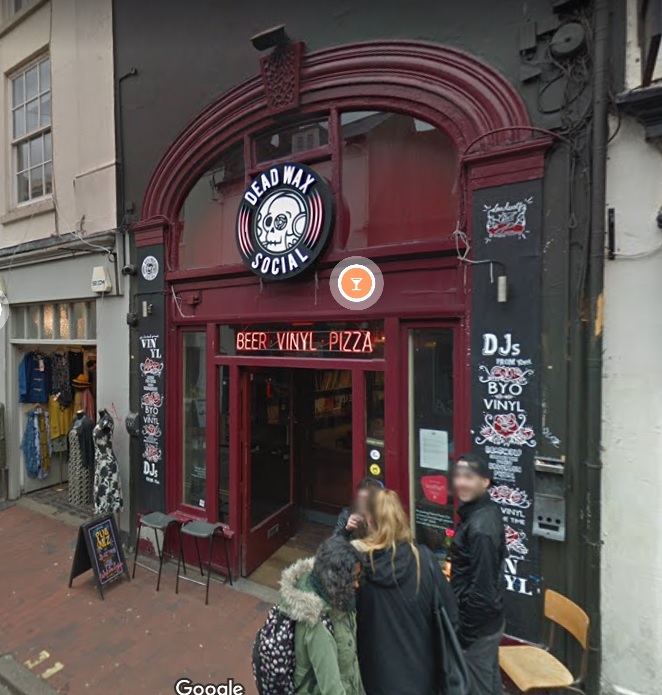 A thief known around Brighton for stealing from pub and restaurant staff has been spared prison for his latest spree.

Simon Hornby, 50, admitted stealing a debit card belonging to Imogen Turnbow from the staffroom of Namul, a Korean restaurant on Gardner Street on Tuesday, 13 October.

He then bought goods at the Dead Wax Social bar in Bond Street and tried to use the card at the Post and Telegraph pub in North Street.

At Moshi Moshi in Bartholomew Square, he assaulted Bora Barutcular and at Coppa Club in Brighton Square, he threatened Lisa Morton.

He appeared at Brighton Magistrates Court on Saturday, 17 October, where he admitted the five charges.

For the theft of the credit card, he was given 12 weeks in prison, two weeks each for the two fraud charges, four weeks for the assault and another four for the affray, a total of 24 weeks.

However, all the prison terms were suspended for a year.

Sentencing, chairman Joanne King said the custody threshold was met because of Hornby’s previous record and the “appalling pattern of behaviour”.

She said: “He rifled through the victim’s bag in her workplace and took a debit card, went onto use the debit card, followed by an assault and threatening behaviour to the victims in their workplace.”

A police spokesman said: “This was swift and well-merited justice for an offender who clearly targeted staff in the hospitality sector simply doing their jobs.”

Hornby has a long record of similar offences. In 2015, he was given a community order with a curfew and electronic tag for stealing from Waterstones in North Street.

The following year, he was convicted of stealing bottles of alcohol from Komedia in Gardner Street.

In 2017, he was fined £40 for stealing a tip jar from Cafe Coho in Queens Road. In June that year, he was given an eight week prison sentence, suspended for a year, for stealing £30 from the League of Friends Charity Shop, and ordered to pay £115 in compensation and victim surcharge.

In 2018, he admitted stealing games from the Dogs Trust Charity in St James’s Street.

He was jailed later that year for eight weeks after admitting threatening a man and a woman in North Road, Brighton.

Last March, he was jailed for 42 weeks for a burglary at Marwood Cafe in which £340 worth of alcohol and cash from the safe was taken, stealing an RSPB charity box from Infinity Foods in North Road, and stealing a Berhaus jacket from Millets in Air Street.

In May 2019, he admitted to having stolen £138 worth of goods from Superdrug the previous January, and magistrates extended the length of a drug rehab programme he was required to attend by nine months.

In September 2019, he was given an eight week sentence suspended for six months for stealing a purse from Treacle and Ginger Cafe in Church Road, Hove the previous February.

In August this year, he admitted stealing two smartphones from staff at the Backwood Cafe in New England Street, Brighton, a board game from Dice Saloon in London Road and two bottles of perfume from Superdrug. He was given a community order and ordered to pay £100 in compensation.

His suspended sentence given for stealing a purse from Treacle and Ginger was also extended by another six months.

Magistrates then said it was not appropriate to send him to prison because of his caring duties, and his commitment to keeping off drugs.