Boy rescued after getting head stuck in railings 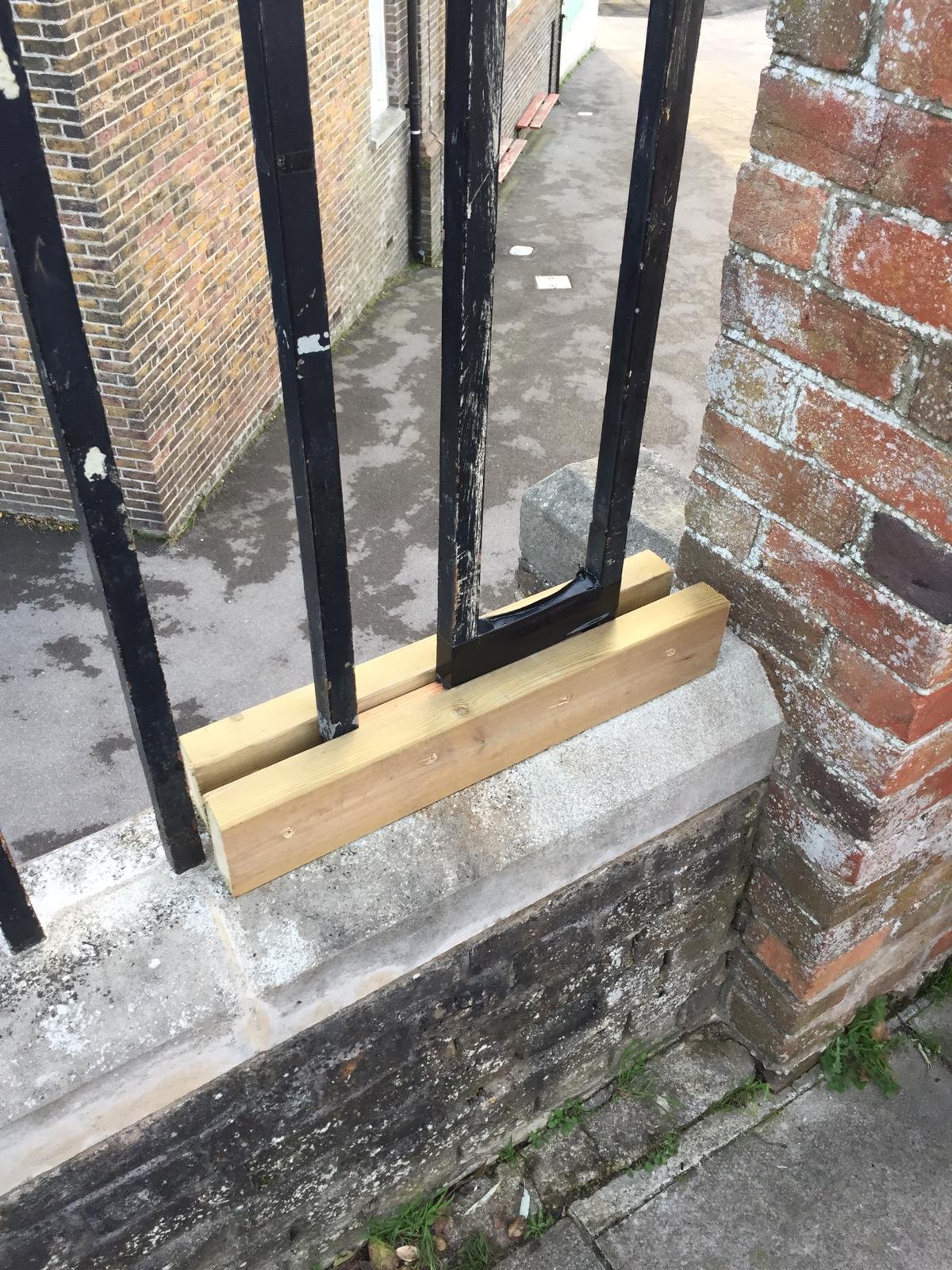 A six-year-old boy had to be rescued by firefighters yesterday afternoon after getting his head stuck in railings at his school.

Abe was waiting with his dad Dan for his sister to come out when he put his head through the posts above the junior playground at St Luke’s School.

When it became clear he was stuck, school staff came out to help, and washing up liquid was used to try and lubricate his way out.

But it became clear more specialist help was needed, the fire service was called into action.

Sophie Moore, Abe’s mum, said: “Abe often stands by those bars while he’s waiting for her sister and yesterday, I don’t know what possessed him, for some reason he put his head through them.

“I think he was just looking for his sister, he stuck his face through a bit more than he does normally and he couldn’t get it back out.

“Dan tried lifting him up because it looked like there was a bit of movement in the railings. They thought if he can get it, he can get out.

“Dan called me at 3.10pm to say can I come up and get Noa and our baby son because he was crying and Noa was getting a bit flustered.

“It was the most ridiculous excuse I’ve ever had to give work to leave early.

“I went straight there and when I got there, the police and fire brigade had already been called. They probably arrived a few minutes later, it wasn’t long.

“They got him out pretty quickly. I had to look away a couple of times because I didn’t think I could watch. First, four burly firefighters tried to lift him up to see if they could get him out that way.

“That didn’t work, so they got some sort of implement out, a saw or a drill. I think they cut one of the bars at the bottom and lifted it out and then Abe was free.

“He was a bit upset but very relieved.

“The fire service were brilliant, and the school were lovely. We were home by 3.45pm.

“Abe hasn’t said very much about it. I think he was a bit overwhelmed. He was a bit withdrawn at first, but he seemed to get over it quite quickly.

“He did ask me if his head looked flatter, and I said no, it’s fine, it looks completely normal.”

East Sussex Fire and Rescue said they were called at 3.17pm and sent a crew from Preston Circus. Abe was released at 3.33pm and the crew left the scene at 3.40pm.

A spokeswoman said: “Whether responding to emergencies, working to prevent them happening in the first place or providing support, our firefighters, officers, control room operators, Business and Community safety teams, support staff and volunteers all play their part.

“The role of a firefighter is a diverse one and we attend a variety of incidents and perform a wide range of rescue missions ranging from animals rescues to floodings. We are always here when you need us and are proud to serve East Sussex and Brighton and Hove.”