Housing chiefs in Brighton and Hove have been set a £1 million homeless challenge by the government.

They need to help 41 homeless people switch from emergency or temporary housing to “move on” housing or somewhere more permanent by the end of the year – or lose the seven-figure sum.

Officials have already found places for 107 people over the past few months after a bid from Brighton and Hove City Council for government funding.

The council was awarded £3.4 million – more than any council outside London – for the specialist work.

But they were given a target of helping 148 people – out of 369 rough sleepers and other homeless people in all – to qualify for the full grant.

The council has until the end of next month to hit its target otherwise it will receive only £2.4 million in total from the government’s Next Steps Accommodation Programme.

At a “virtual” meeting of the council’s Housing Committee yesterday (Wednesday 18 November) councillors were also told about another project aimed at helping the homeless.

Green councillor David Gibson said that Housing First was the “best approach” to breaking the cycle of homelessness.

Councillor Gibson said: “I am delighted that with today’s decision that we agree the finance for housing.

“We are buying a further 30 properties and funding support so we now expect to be able to achieve around 65 placements for ‘multiple and complex needs’ rough sleepers over the next three and a half years, giving them the best possible chance to turn their lives around.

“(It is) people who have been failed by the traditional approaches to homelessness that we see year in and year out on the streets.

“Today’s decision means 30 rough sleepers brought in off the streets by the council in the pandemic will be rehoused securely and permanently.

“I can’t express how pleased I am with this but there is still a long way to go to sustainably rehouse all the rough sleepers that were willing to come in during the pandemic.”

The spending comes as the council works with those who were given somewhere to stay during the first national coronavirus lockdown in the spring when the government announced its “Everyone In” policy.

The council booked hundreds of rooms in hotels and guesthouses – and for a while in university halls of residence – for rough sleepers and those at imminent risk of becoming homeless.

Since hotels reopened for the summer and students returned to their halls of residence, some people have moved outside the area, including to hotels in Eastbourne.

The current budget for housing rough sleepers and those at risk of rough sleeping during the covid-19 crisis is expected to reach more than £9 million.

Costs include not just the rooms but other temporary housing as well as support, security, food and laundry services.

As of the end of September, the council said that it had housed 369 people and was still finding rooms for new rough sleepers found on the streets. 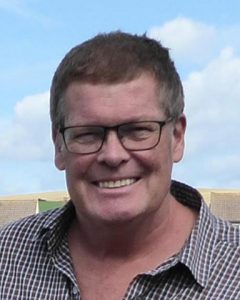 Labour councillor Peter Atkinson said that the council was also concerned about the increasing number of tenants in rent arrears, particularly as 30 per cent of people in Brighton and Hove rented in the private sector.

Councillor Atkinson said: “In the short term we need a targeted package of support for those in high rent arrears and their associated landlords. We need to work together with landlords.

“Longer term, we need a change to the benefits system and also to housing law in terms of evictions and rent increases.

“We also, of course, need a massive increase in the number of homes we build for social rent.”

Councillor Mears said: “It is mentioned there will be some ongoing financial pressures.

“It is really important with something as complex as this for members to see the budget so we understand exactly where we are.”

The council’s outreach service St Mungo’s said that it was aware of 30 people currently sleeping rough in Brighton and Hove.

Many had complex needs that made it harder for them to move on from living on the streets.

The committee was told that beds for rough sleepers were available without charge to all those who presented themselves to the council or its outreach service St Mungo’s.

If required, former rough sleepers were provided with extra help and food.

Each week more homeless people were arriving in Brighton and officers were working to “reconnect” people with their original home area when possible.

If members of the public see people sleeping rough, they are asked to contact St Mungo’s through www.streetlink.org.uk.