A wanted man with links to Brighton has been arrested in Scotland, Sussex Police said today (Wednesday 9 December). 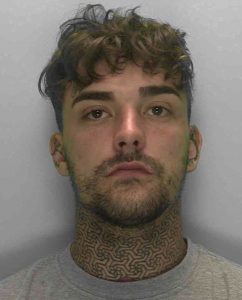 The force had offered a £1,000 reward for information leading to the arrest of 28-year-old Alex Evans.

Detectives wanted to speak to him about an assault outside a night club in Langney Road, Eastbourne, in March.

Today, Sussex Police said: “A man sought for interview by detectives in Sussex about an attack on another man in Eastbourne, has been arrested in Scotland.

“Alex Evans, who was wanted in connection with an assault that happened outside the Cameo night club, in Langney Road, Eastbourne, on (Saturday) 7 March this year, was arrested in Aberdeen.

“(He) has appeared in court charged with theft and burglary offences there and has been remanded in custody pending trial.

“Sussex officers will seek to interview him in due course.”

Evans, of no fixed address, is jointly accused with Jodi Hannan, 31, of Dundee, of breaking into a clothes shop in Aberdeen.

The owner was reported to have said that the shop was cleared of everything, with the stock having been worth about £80,000.

Evans was also accused of being involved in drug dealing and trying to pervert the course of justice and is due back in court next week.