The chief executive of a Brighton children’s charity is to step down after more than eight years at the helm.

Ryan Heal, 44, will leave his post at Rockinghorse Children’s Charity in the spring, having overseen a doubling in fundraising income while keeping costs stable.

Mr Heal took charge of the charity in September 2012, joining from local radio station Juice 107.2FM where he was the managing director.

His association with the charity started with a very personal connection after his son had a rare blood disorder diagnosed the year before.

Mr Heal was impressed not only by the care that his son received at the Royal Alexandra Children’s Hospital, in Brighton, but by the support for the hospital’s work by Rockinghorse.

The charity supplied equipment to the front line to the benefit of thousands of local children including his own.

He said: “Rockinghorse will always hold a very special place in my heart. My son, John, was first admitted to the Royal Alex (the first of numerous admissions) aged four in 2011 – and the nursing staff could just not get him still enough to insert a standard canular.

“This went on for some time until the 3-D Pain Distraction unit (fully funded by Rockinghorse) came into the room.

“On went the 3-D glasses and he was away in a virtual reality, smiling away as the nurse not only got the canular in but was able to take as much blood as she liked.

“This was the start of my Rockinghorse journey. I was amazed that this piece of ‘kit’ was fully funded by the charity.

“One year on from that initial experience, I was invited to become the charity’s chief executive and what an honour it has been.

“I have so many wonderful memories, it’s impossible to document them all.”

When Mr Heal took up the job, he spoke about his son’s experience as part of his motivation for taking the job, saying: “I’m here to do all I can to turn the charity around and, at the same time, hope to see my son’s health improve.” 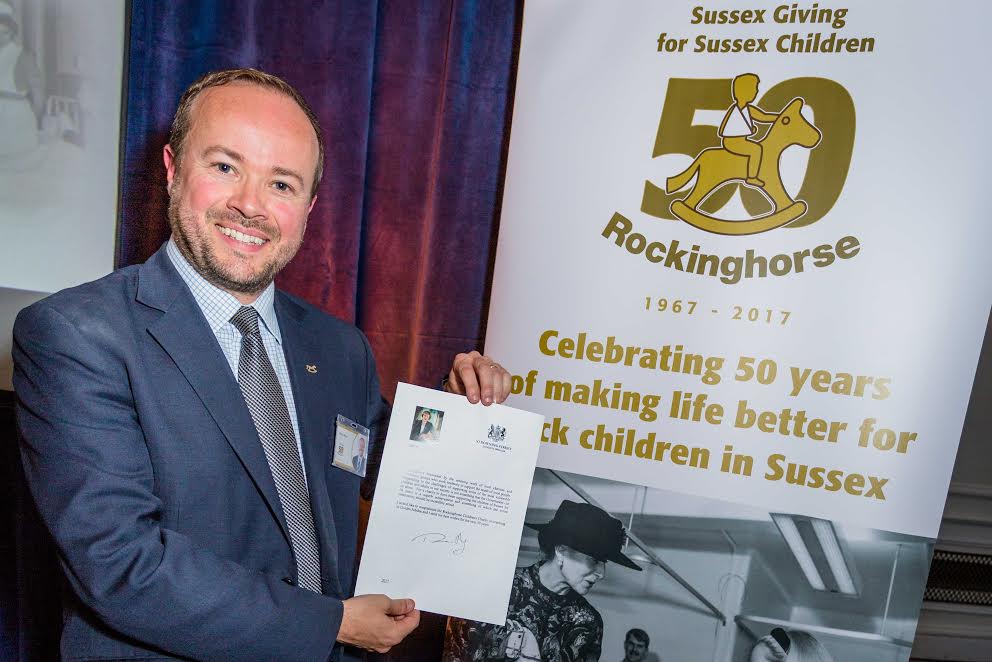 More than eight years later, both objectives have been met with some success. The increase in income, while keeping costs steady, enabled Rockinghorse to give away more than half a million pounds during the charity’s golden jubilee in 2017.

He said that people often regarded Rockinghorse as one of the bigger charities in Sussex but the entire fundraising team had never exceeded five staff during his tenure.

On a personal level, he said that his son was in good health, having been discharged from the care of the Royal Alex and Great Ormond Street Hospital, in London, in 2017.

Mr Heal said that he wanted to thank the trustees he had worked with over the years. And he was especially grateful to the many staff, sponsors and volunteer supporters he had had the pleasure of working with.

Of the staff team, he said: “They have all made such an important contribution to the sustainability of the charity for many years to come. It’s been a genuine honour to lead them.” 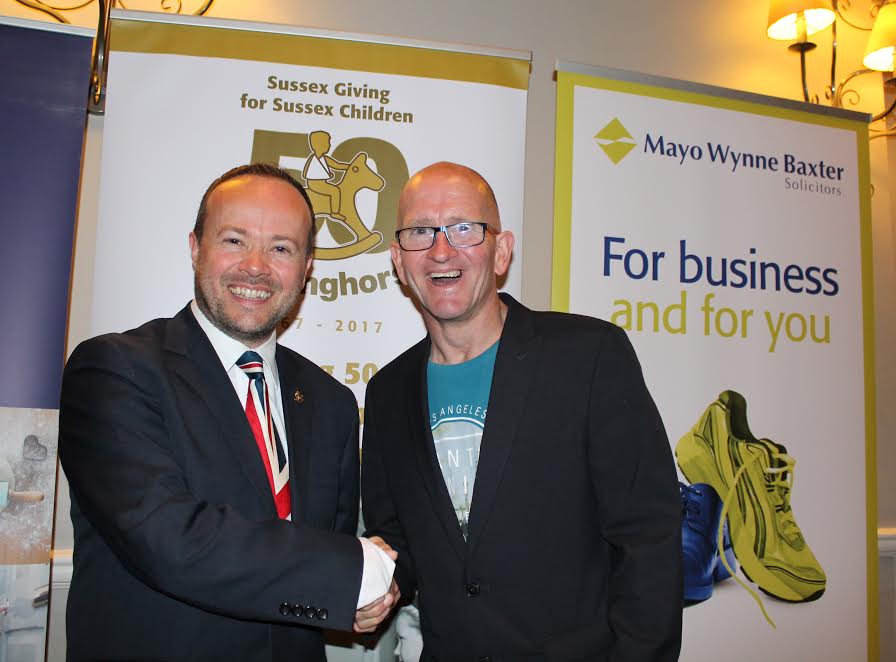 Phil Frier, who chairs the board of trustees at Rockinghorse, said: “We have been lucky to have Ryan as CEO for these past eight years, in which time he has developed the charity and led the team with magical effect.

“As CEO he has achieved outstanding success in not only raising significant funds but also working with the trustees to ensure that funds have been spent wisely in supporting the needs of the many children who have benefited across Sussex.

“He has given the charity an excellent platform to enable us to continue supporting the Royal Alexandra Children’s Hospital and other Sussex based children’s organisations for many years to come.”

Mohammed Rahman, consultant paediatrician at the Royal Alex and vice-chair of the Rockinghorse board, praised the charity’s impact on the front line.

Dr Rahman said: “Our hospital and its ability to provide excellent care is, in no small part, enhanced by Ryan’s vision, dynamism and leadership. We will miss him.” 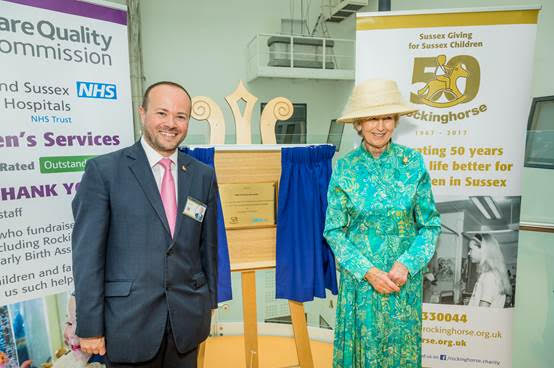 Rockinghorse has been the beneficiary of his “Best of British” events, since joining the charity, and these have helped raise hundreds of thousands of pounds along the way.

He said that he looked forward to continuing these events in the future, supporting many good causes, including Rockinghorse.

Mr Heal is moving back into the corporate sector for the next stage of his career, with his own business consultancy and events business.

He reflected on his time with a humble satisfaction, saying: “I hope that when the Rockinghorse story gets written, my tenure as CEO will be remembered as a successful period when the focus was always on fundraising the right way, leading from the front and leaving the charity in a strong financial position, allowing Rockinghorse to continue to do exactly what it was set up to do, which is to provide the best possible equipment and care for the children in our communities that need our help the most.

“The charity will always hold a very special place in my heart and I look forward to continuing to support Rockinghorse for many years to come.”

Mr Heal said that he would continue to operate in Sussex and was looking forward to working across the many business networks that he has cultivated over the years as part of his new ventures.

He will remain in post at the charity until the spring of 2021.