Chef serves up confession about being jailed for fraud

A chef who has a council contract to feed rough sleepers has confessed that he was jailed for fraud.

Edd Heller, formerly known as Adam Dovey, spoke about his mistakes on Twitter yesterday (Saturday 26 December) after becoming the subject of questions.

The former Hove Park school boy, previously of Trafalgar Road, in Portslade, was jailed in March 2006 for internet fraud at Canterbury Crown Court.

He was jailed again in August 2008 at Lewes Crown Court for a similar scam, having used a number of fake identities in the process.

In October 2011 he was recalled to prison for breaching the terms of his release licence.

Concerns have been raised about his current role locally including his contracts with Brighton and Hove City Council.

Yesterday Mr Heller tweeted: “A lot of you have had such amazing words of support and kindness for the work I do with homelessness and food poverty in our city, and for all your love I cannot express my heartfelt gratitude enough.

“For the last nine months the council have paid our chefs to produce food for people sheltering in hotels and we’ve taken any money left over to help feed others, from nurses, to food banks, to @bigsleepoutbri1 and our own soup kitchen. But why?

“That’s quite a long story, one that goes back almost 20 years ago when I was young and trying to support a family.

“I stupidly, shamefully and regrettably committed fraud, I even ended up in prison for it.

“Prison isn’t all play stations and gym like the Sun newspaper would have you believe. It’s a bit shit and to this day I still have the scar from being stabbed in the face.

“When I left prison I was too ashamed to go home. Instead I ended up homeless in Liverpool.

“Cold and wet, I used to walk around all night long rather than risk falling asleep somewhere exposed. I’d buy a loaf of bread to fill myself up.

“I spent months homeless, without support, and stupidly thinking it was the only way to survive, made the same mistakes again. 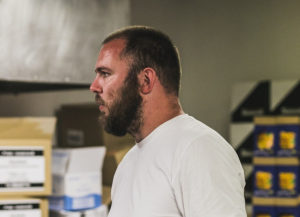 “I’m not sure how or when people change but about a decade ago I met my now wife, I came back to working in hospitality and I never looked back.

“I work hard, sometimes too hard, to make sure we have what we need.

“I have a little company and a job I love and about two years ago my kitchens started feeding the homeless.

“For over a year we did this for free until the start of the pandemic. The council always offered to pay, but maybe I felt guilty taking it, I don’t know.

“When the pandemic arrived, the sheer scale of the task meant we were able to tender for a council contract to carry on feeding the homeless.

“To this day, we are still feeding the homeless, but we also employ them.

“For the last 18 months we’ve employed people who deserve a second chance, from ex-offenders, people struggling with addiction and former rough sleepers because everyone deserves a second, third and even fourth chance. 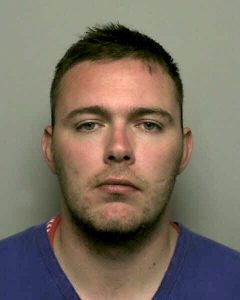 “I choose to feed the homeless, soup kitchens and children living in food poverty partly because of the guilt and shame I still have to this day, but also because I want to show people that people can change. There is the ability to do good in everyone.

“I also know what it’s like to be loved and housed and happy – and I wish that for everyone I support.

“There’s always a chance that I’ll lose friends who read this. It wouldn’t be the first time. I will probably lose work contracts too, again not the first time.

“So why am I telling you this story? Well, because this is me. I feed people because in the past I’ve made massive mistakes that I owe society for, and like the people I feed I know what it’s like to be hungry, what it’s like to feel like tomorrow will be worse than today.

“Lots of people have pasts. This doesn’t mean we can’t move on and do better or even great things without having their past held over them.

“I have and I’m proud to do the work I do and help others who want to too.”