The owner of four pubs in Brighton and Hove has urged politicians to rethink the government’s coronavirus lockdown strategy in light of Sweden’s experience.

The pub company JD Wetherspoon, founded by chairman Tim Martin, spoke out after the latest coronavirus restrictions were announced, forcing the pub trade to shut up shop at short notice again.

Mr Martin is one of a number of leading business figures, such as Brighton Palace Pier owner Luke Johnson, who believe that the harms caused by the lockdown approach outweigh the benefits.

And several have criticised the apocalyptic forecasts of Neil Ferguson, of Imperial College London, to persuade many western governments to pursue a lockdown strategy, saying that the Swedish experience discredits his projections.

Mr Martin has said that the purpose of the initial lockdown was to buy time to protect the NHS and set up an effective test, track and trace system.

He did not compare the Swedish experience with those of neighbouring countries where the death rates were lower and the rules were closer to Britain’s.

It has, though, been suggested that countries such as Denmark benefited from being quicker to put in place test and trace systems among their significantly smaller populations.

Wetherspoon, which owns pubs in North Street, West Street and the Marina, in Brighton, as well as George Street, in Hove, called on politicians and the public to “reconsider the evidence regarding lockdowns”.

It said: “Sweden, which did not impose a lockdown, has had fewer covid-19 fatalities per capita in recent weeks than the UK.

“In the week ending (Monday) 21 December, according to the respected Worldometer website, there were 215 fatalities in Sweden, compared with 3,214 in the UK.

“From 1 November, just before the second UK lockdown, until (Monday) 21 December, Worldometer records 2,244 fatalities in Sweden, compared with 21,061 in the UK.

“Adjusting the Swedish fatality rate for population, it is approximately 27 per cent less than the UK’s.

“As Worldometer also reports, Sweden has had 806 fatalities per million, compared to 979 for the UK since the start of the pandemic. 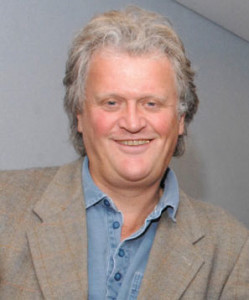 “There does not appear to be a relationship between population density and covid-19 outcomes.

Mr Martin said: “The statistical comparison between the UK and Sweden is freely available on Worldometer but often seems to be ignored or misreported.

“A particular worry is that the UK is relying on a lockdown strategy, championed by Neil Ferguson, Imperial College and SAGE.

“Yet the Imperial College model forecast around 88,000 fatalities for Sweden, if they did not lock down, but the outcome has been less than 10 per cent of this number.

“Given the huge scale of job losses in the UK, especially in the hospitality industry, and the widely reported ‘collateral damage’ to health, there should be a proper debate on this subject, rather than reliance on politicised government propaganda and statistics.”