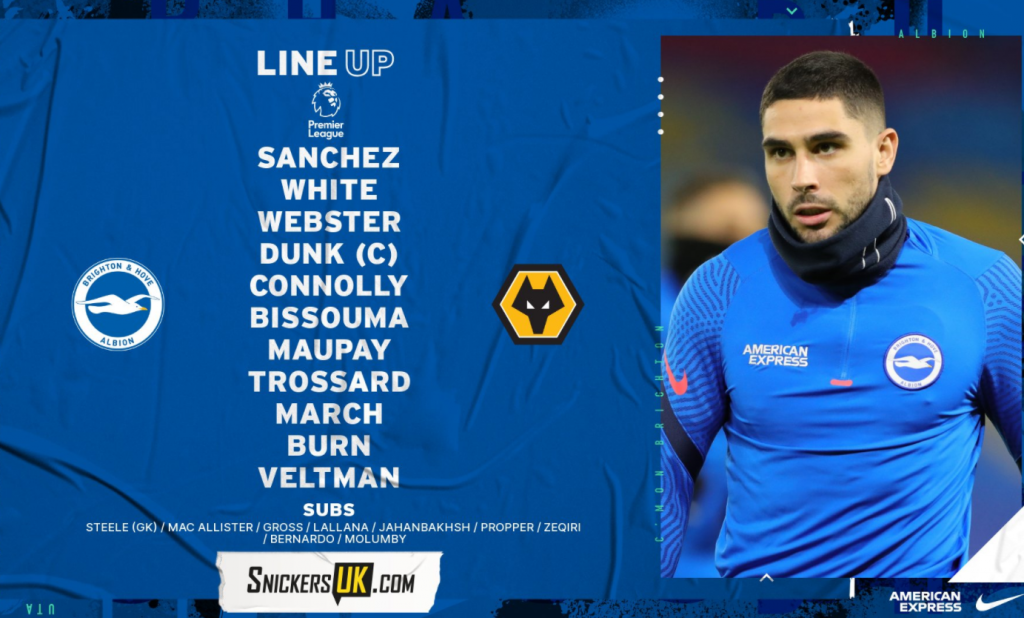 Albion take on Wolves at the Amex in the early evening kick off at 5.30pm.

Neal Maupay and Aaron Connolly are restored to the Brighton attack.

Both Alireza Jahanbakhsh and Alexis Mac Allister drop to the bench.

Solly March is due to start, along with Leandro Trossard and Ben White.

Bernardo, Pascal Gross and Davy Propper are all substitutes.

Adam Lallana returns, on the bench too, while Danny Welbeck, who has had a niggle with his knee, is not among the nine subs.

Albion haven’t won a top-flight league match in January since 1982 – something they will want to put right after 39 years, not least as the team are perched above the drop zone.