The Brighton and Hove cabbie in charge of a neighbouring council has been cleared of breaking a code of conduct after he linked covid-19 to “somebody eating uncooked bat soup in China”.

But Councillor Parkin, who was said to be ill with the coronavirus, denied the accusation which related to his comment at a live-streamed meeting of the council last May.

Councillor Zeglam was one of seven Labour councillors to complain about the remark and, in all, the council received nine complaints.

The council appointed a private consultancy, CH&I Associates, to investigate the complaints and a governance sub-committee held a hearing into whether the leader had broken the council’s code of conduct.

Councillor Parkin, who became leader of the council in 2000, did not attend the hearing where he was accused of breaking rules governing leadership, high standards, equalities and respect.

He was represented by Worthing Conservative councillor Kevin Jenkins although the retired police officer was acting in a private capacity.

Mr Jenkins said that there was no dispute that the words were spoken but it was the context that was in question.

He said: “There wasn’t at the time – and there never has been – the intent from Councillor Parkin to cause offence to any part of the community or utter words of a racist nature.”

Councillor Parkin made his comment during a debate in which he was repeatedly asked why a strategy paper had been delayed.

As with business at councils all over the country, the delay was blamed on the coronavirus pandemic.

“Obviously in hindsight there are times when we look back and think maybe those words could have been said differently or not said at all or delivered in a different format.”

CH&I director Alex Oram outlined concerns that Mr Parkin’s comment was “feeding into a narrative that China or the Chinese people should be blamed for the outbreak of the virus”.

But he said that this had to be balanced against his right to freedom of speech. 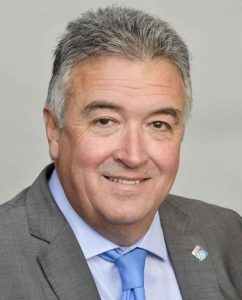 Given the exact words and the context in which they were said, Mr Oram felt that finding Mr Parkin had committed a breach of the code would be a “disproportionate restriction” of those freedoms.

The sub-committee also heard from the council’s “independent person” Simon Norris-Jones, who felt that there had been a breach although it was marginal.

Mr Norris-Jones acknowledged the right to free speech on sensitive and difficult subjects but added: “I struggle a bit more with the concept of free speech if it gives people the right to make casual poorly thought-out comments which show lack of respect or cause offence to others.”

He did not think that the Labour councillors were “politicking” when making their complaints, saying they were “probably and justifiably made to hold the council leader to account”.

He raised concerns that the complaints from two members of the public had not been given enough weight during the investigation.

The governance sub-committee, made up of four Conservative councillors, one Labour and one Independent Alliance member, discussed the matter in private for more than an hour.

It decided by five votes to one that there had been no breach of the code and the complaint was dismissed.