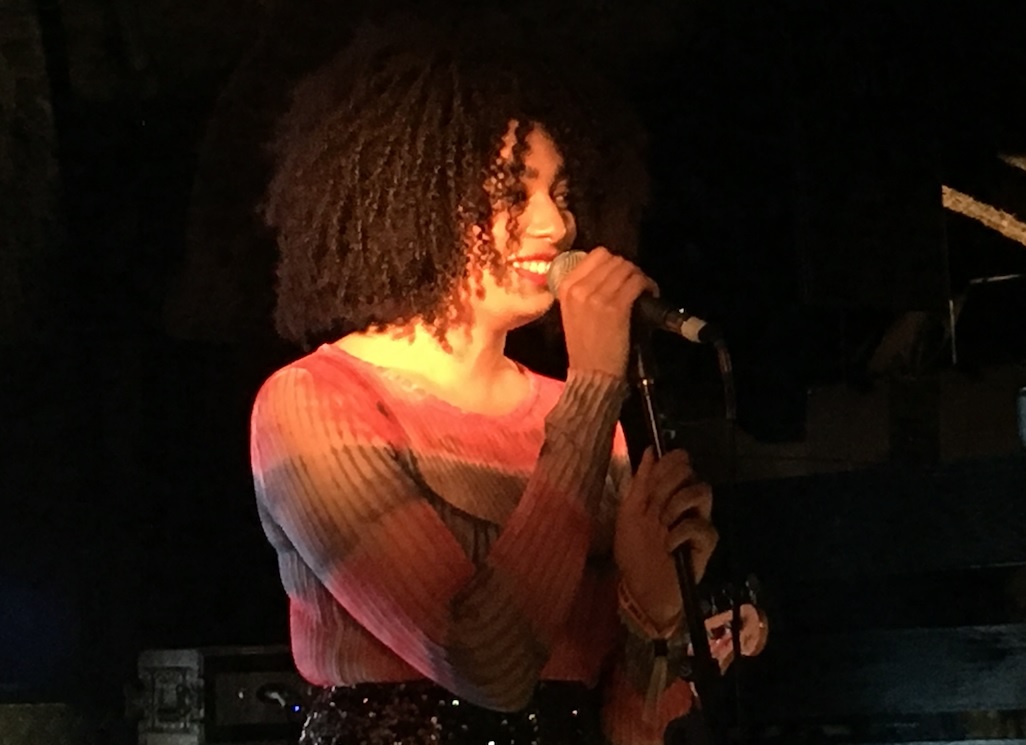 It seems like only yesterday when Celeste Waite (aka Celeste) was working in the Black Horse pub in Rottingdean whilst living up the hill in Saltdean, on the outskirts of Brighton.

Although Celeste grew up in Brighton, she was actually born in Los Angeles. Her mum is from Dagenham, and her dad is from Jamaica, and both of them wound up wherever the wind would blow. Her mum is a former raver, who went to beauty school in London and wound up working in LA via Hong Kong as a makeup artist. That’s where she met her dad, who had moved to the States to be with his mum while she was studying at university there. He returned to America after a stint in the UK where he had married and had kids. After the divorce he met Celeste’s mum in a whirlwind romance. They broke up when she was young. When her mum was pregnant she returned to the UK to visit, realised her US visa was expired and flew to Mexico to be smuggled back into LA by her paternal grandmother. Celeste was born soon after.

The Brighton & Hove News Music Team had the honour of seeing her performing live at Coalition in May 2019, as part of The Great Escape new music festival. Our reviewer, Karl Smith, could see her potential there and then and put pen to paper by stating “This young lady is a very talented singer. Her voice was amazing. It seemed like she was just talking but what was coming out was heavenly. With a five-piece band behind, the soulful, jazzy, lights low late night music was her set. Honestly, whatever type of music was put in front of her, it would sound great. Someone to look out for in the future. She will go far.” 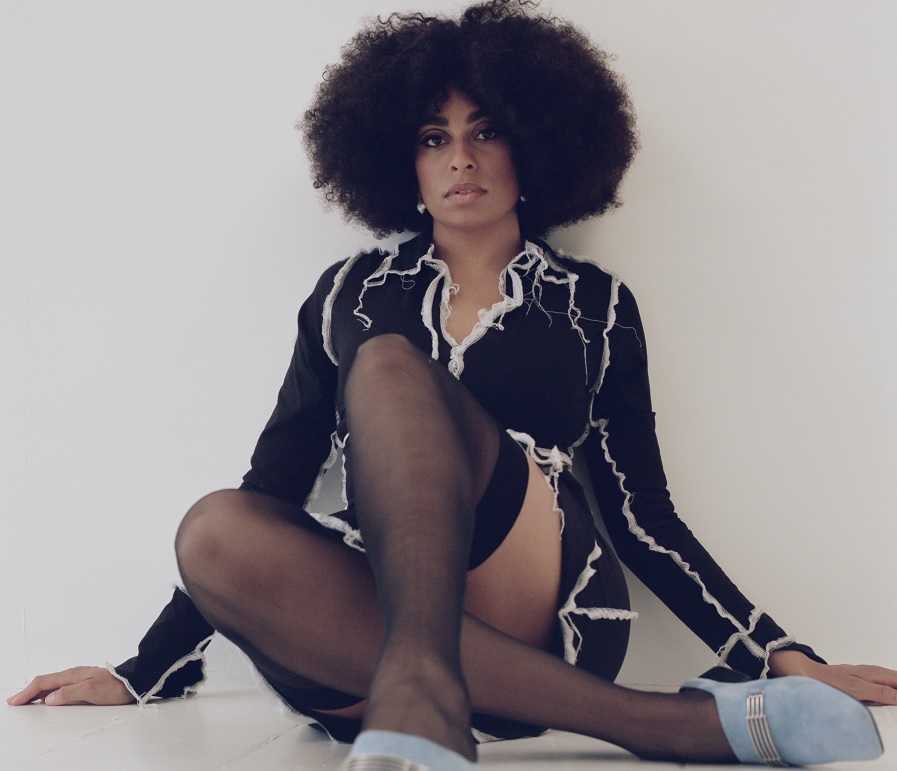 Last year, saw her achieve a double win the BBC Sound of 2020 as well as the BRITS Rising Star award. Now on 29th January this year, this talented young lady will release her hotly anticipated debut album ‘Not Your Muse’ through Polydor Records – which can be pre-ordered HERE.

Last month Celeste stated “Not Your Muse’ is the power I found when I felt powerless…In making this album I have allowed myself to arrive at a place where I feel empowered, fiercely wide-eyed and fulfilled. I’m very proud of what I’ve achieved on my debut album and to be in this position, after the year that has been, I feel nothing but gratitude and excitement. I hope you enjoy it…”

‘Not Your Muse’ features twelve songs, including nine brand new tracks alongside acclaimed singles ‘Strange’, ‘A Little Love’ and ‘Stop This Flame’ (the theme song to Sky Sports Premier League).

The album is available on CD, cassette, vinyl (including a white label red vinyl) and deluxe CD. The deluxe version contains additional tracks including early favourites ‘Lately’, ‘Both Sides Of The Moon’ and ‘Father’s Son’ as well as ‘Hear My Voice’.

The announcement completes what has been a remarkable year for 2020’s breakthrough artist, who achieved the double win of BBC Sound of 2020 and the BRITS Rising Star award. Celeste’s spell-binding performance of ‘Strange’ at The BRITS in February placed her firmly in the global spotlight, winning her a legion of new fans blown away by its raw intimacy. While the ensuing pandemic put paid to all festival plans, the British-Jamaican soul singer and songwriter released a string of captivating songs – the sentiments of which resonate in these uncertain times – including ‘Hear My Voice’ was co-written with Golden Globe®-nominated composer Daniel Pemberton and is the focus track of the Netflix film ‘The Trial of the Chicago 7’, written and directed by Academy Award®-winning filmmaker Aaron Sorkin.

‘Hear My Voice’ is tipped as an Oscars contender for Best Original Song at the Academy Awards. New song ‘A Little Love’, which was written and recorded for the John Lewis and Waitrose Christmas advertising campaign, has been widely praised as a Christmas classic in the making. She is the first artist to be commissioned to write and perform an original song for the ad, marking another milestone in her unparalleled ascent.

Further accolades were bestowed on Celeste with two big announcements; YouTube Music named her as the next talent in their Artist On The Rise series, which celebrates and supports the most exciting new artists in the UK, then Disney Pixar announced that she lends her vocals to the end credit vocal, ‘It’s Alright’, on the Pixar ‘must see’ film, ‘SOUL’. With her phenomenal debut album ‘Not Your Muse’ now confirmed for a February release, this year looks set to belong to Celeste too. 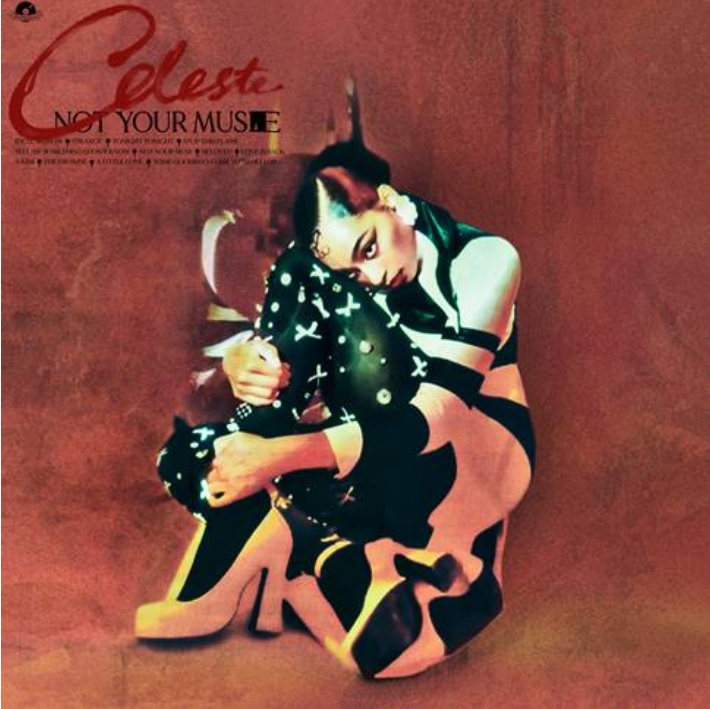 ‘Not Your Muse’ album cover

The tracklisting for ‘Not Your Muse’  is:

Celeste has also announced four intimate, stripped back shows, going under the banner of ‘Cafe Reality Tour’. It will be a chance to perform tunes from the new ‘Not Your Muse’ album. The first show will take place here in Brighton at CHALK on 6th September 2021. The event is in conjunction with Resident music store in Brighton – details HERE.

More information on Celeste can be located HERE.