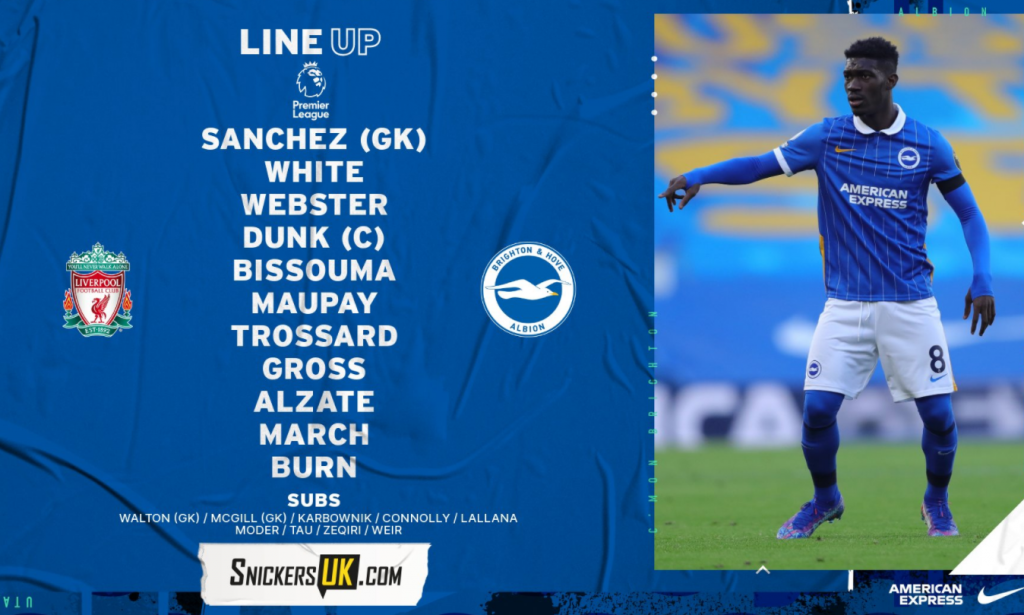 Albion make two changes to the starting line up as they prepare to take on the champions Liverpool at Anfield this evening (Wednesday 3 February).

The Seagulls may cause a few raised eyebrows as they name two goalkeepers among the substitutes. Both Christian Walton and Tom McGill take to the bench.

Adam Lallana is also on the bench against his former club.