A former Sussex University law student has become the director of public prosecutions (DPP) in Malawi. 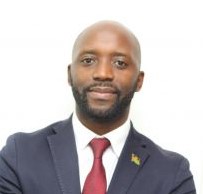 The university said: “As DPP, Dr Kayuni is based within Malawi’s Ministry of Justice and is responsible for overseeing all criminal prosecutions and criminal processes in the country.   “

Dr Kayuni said that he was grateful and humbled that his time at Sussex had helped impress those responsible for appointing him to his new post.

He said: “The stakes are high – toughness on corruption and organised crime, child justice and gender crimes, fast-paced prosecutions, witness and victim protection, penal reform and modernisation of the criminal justice system are a priority.

“I believe that fixing broken windows within Malawi’s criminal justice system will go a long way in postulating the wellbeing of so many communities and the trajectories of so many lives.

“I cherish the Sussex University community support. Thank you so much.”

Richard Vogler, from Sussex University’s School of Law, Politics and Sociology, who taught Dr Kayuni, said: “Steven was always a very principled, hard-working and thoughtful student and it was a real pleasure to work with him on both his LLM in International Criminal Law and his PhD which he completed in 2016.”

Professor Vogler added: “The government of Malawi couldn’t have made a better choice for DPP and I am sure that he will bring his great energy and strong sense of justice to one of the most demanding roles in the profession. We are very proud of him and wish him all the best.”