A journalist has been told he faces no criminal charges after a Brighton MP questioned the Home Office about the arrest.

Lloyd Russell-Moyle, the Labour MP for Brighton Kemptown, was one of a number of MPs to contact ministers in response to the arrest of photojournalist Andy Aitchison.

Caroline Lucas, the Green MP for Brighton Pavilion, was also understood to have been in touch with the National Union of Journalists group in Parliament about the matter.

Mr Aitchison was arrested at his home on suspicion of criminal damage after photographing a protest at the covid-hit asylum centre Napier Barracks in Kent.

Mr Russell-Moyle asked Home Secretary Priti Patel “what assessment her department has made of the implications for its policies of the arrest of members of the press covering the recent Napier Barracks protest”.

“They do so in line with their duties to keep the peace, to protect communities and to prevent the commission of offences, working within the provisions of the legal framework set by Parliament.”

But the Home Office faces calls for an investigation into Kent Police as it emerged that the force appeared to have broken the law by taking journalistic material without the permission of a judge as required by the Police and Criminal Evidence Act.

Press Gazette quoted Mr Aitchison as saying: “Today I received a call from the arresting police officer on my case. She said that I had been refused charges as there was no evidence to charge me with criminal damage and that my bail conditions were cancelled.”

Kate Goold, a partner at law firm Bindmans, who supported Aitchison following his arrest, said: “It is of great concern when the police arrest journalists and photographers for simply doing their job and has a chilling effect on press freedom.

“Public interest journalists are essential to our democracy to document and publicise events as they unfold, especially during the covid lockdown when the public cannot witness such protests themselves.

“Through the support of the NUJ, we were able to act swiftly to ensure that Mr Aitchison had no further action taken and his phone and memory card returned, without the police viewing this confidential journalistic material.”

Aside from breaching the Police and Criminal Evidence Act, Kent Police face claims that officers have breached Article 10 of the Human Rights Act protecting freedom of expression.

Natasha Hirst, chair of the NUJ’s Photographers’ Council, said: “His arrest and the seizure of material will alarm not just journalists but anyone who values independent coverage and scrutiny of those in power.

“It is vital that our members have the right to cover protests and publish their images without the fear of arrest censoring how they go about their work.”

In the House of Commons on Thursday (4 February) the Culture Secretary Oliver Dowden also faced questions about the arrest.

Mr Dowden said: “The government is clear that freedom of the press is an absolute priority.

“Freedom of expression is one of the cherished liberties that we have fought for and one that members of this House have defended for generations. 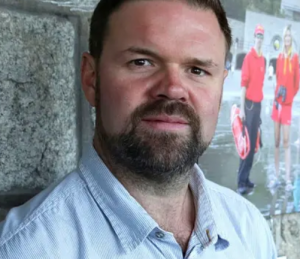 “I fully intend to continue to promote freedom of expression. As part of that, we will be publishing the plan for the protection of journalists, which will be coming forward shortly.”

“As the eyes and ears of the public, journalists must be able to report upon matters of public interest without fear of arrest or other forms of interference by the police.

“The UK should be a beacon for media freedom across the globe but incidents such as these tarnish that reputation and, ultimately, undermine our democratic way of life.”