Skin cancer rates have soared over the past 40 years, especially in men, according to a new study led by a Brighton expert.

Brighton and Sussex Medical School (BSMS) said that the study looked at data on more than 265,000 people who had skin cancer diagnosed in England from 1981 to 2018.

BSMS said: “Skin cancer is the fifth most common cancer in the UK, with about 16,200 new cases each year.

“Excessive exposure to UV (ultraviolet) radiation from the sun (or sunlight) is the main environmental risk factor for developing skin cancer.

“It is estimated that about 86 per cent of all skin cancers in the UK are attributable to excessive exposure to sunlight.

“Exposure to artificial sources of UV radiation from indoor tanning beds/lamps is the second most important cause of skin cancer.”

Anjum Memon, chair in epidemiology and public health medicine at BSMS and lead author of the study, said: “Our study shows that overall there has been a steady and significant increase in rates of skin cancer during the last four decades, which was essentially due to the continually increasing rates in middle (age 35-64 years) and old (65+ years) ages.

“We observed that the steepest increase was in males (more than two-fold that of females) and at old ages.

“The steeper increase in males is consistent with their relatively greater sun exposure and poor sun-protective behaviour.”

BSMS medical student Peter Bannister, a co-author of the study, said: “The study also showed, for the first time, that the rates of skin cancer in young people (aged 0-34 years) in England have stabilised (or levelled off) during the last two decades.

“This finding suggests that public health campaigns targeted at children, adolescents and parents may be favourably influencing skin cancer incidence.

“The stabilisation of incidence in young people is encouraging and emphasises the importance of continued and sustained primary prevention measures to further improve sun-protective behaviours – such as avoidance of excessive exposure to sunlight and indoor tanning, appropriate clothing and application of sunscreens.” 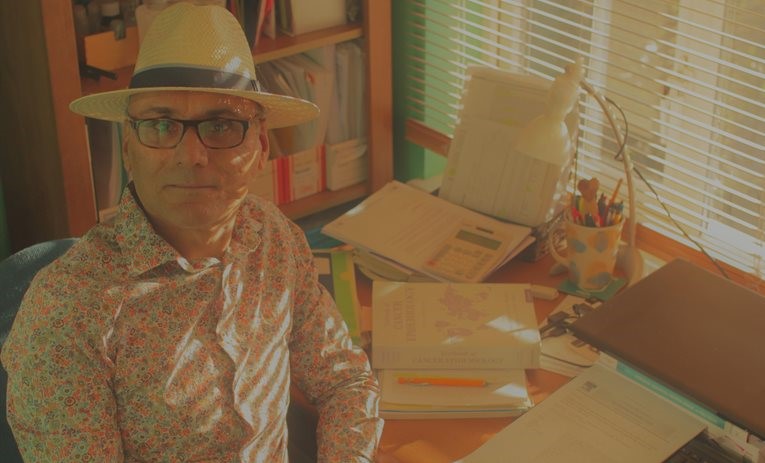 The site of skin cancer is most likely associated with the pattern of UV radiation exposure.

“For example, sunbathing, holidaying in a place with strong sunlight, proliferation of indoor tanning studios, budget holiday industry and airlines, increasing trend in travel to sunnier locations and use of sunbeds.”

BSMS dean Malcolm Reed, a professor of surgical oncology, said: “Considering that the large majority (86 per cent) of skin cancers in the UK and other high-risk populations are preventable, this study has highlighted the potential benefits of effective primary and secondary prevention measures to substantially reduce the burden of the disease.”

Professor Reed added: “This could have significant benefits for individuals, populations and health services, making skin cancer one of the most preventable forms of cancer on a global scale.”

The study was published in The Lancet Regional Health – Europe. It was supported by BSMS.