Domestic violence victims are calling on Brighton and Hove City Council to do all it can to support the charity RISE.

The charity set up a domestic violence refuge for the LGBT community and operated support services for women for the last 26 years.

But it has lost its contract with Brighton and Hove City Council, East Sussex County Council and the Office of the Sussex Police and Crime Commissioner during a retendering process.

Councillors shared their shock as the charity will stop running the refuges that it set up and offering support through case officers and helplines from the start of April.

The contract to run a helpline and services, worth £5.1 million over seven years, which have been run by RISE, will instead be split between Victim Support and Stonewater, with the social housing provider taking on the refuge. RISE intends to keep running its own helpline.

A domestic abuse survivor, Nicola B, set up a petition on Change.org headed “Rise up! Bring our women’s refuge home” and a website too.

Within 24 hours of starting the petition on Saturday (13 February), she had more than 2,500 signatures, enough to secure a debate at a meeting of the full council in Brighton and Hove.

Nicola was compelled to start the petition following her experiences of controlling and coercive behaviour.

After leaving her relationship her ex-partner continued to harass her after they separated.

She wants to know who signed off on the process, what equality impact assessments were carried out and what weight was given to social value.

RISE helped with legal support, a caseworker and therapeutic services for the woman and her child.

She said: “RISE was the only organisation locally that came good for us. It was so frightening.

“The family legal system is so patriarchal, I went to court, in court the judge said coercive control is ‘not a thing’, ‘I don’t believe in it’.

“This is what women are facing in the family courts and this is why RISE’s services are so essential.

“They’re a local organisation that believes coercive control exists and do understand the huge impact it has on victims’ lives and their children.” 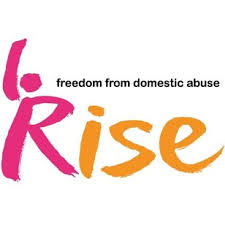 RISE’s head of client services Kate Dale said that the public response was overwhelming and moving.

She had felt upset when facing an uncertain future after losing the contract but wanted to assure RISE’s long-standing clients that the charity would adapt and that it was not going away.

The trauma therapy service will continue for the next year because this is funded through the Brighton and Hove Clinical Commissioning Group (CCG).

RISE also has community-based work covered by the National Lottery, and it is looking to renew these sources.

Dame Jenni Murray, a former presenter of Women’s Hour on BBC Radio 4, was among those to signal her support on Twitter.

Council leader Phélim Mac Cafferty said that he was arranging a meeting with RISE. Ms Dale said that the charity’s chief executive Jo Gough planned to ask him for a share of the £600,000 announced last week by the Ministry of Housing, Communities and Local Government to tackle domestic violence.

She said: “This will enable RISE to continue with our long-term relationships. The relationships people have with us go back many years and we have taken people through all sorts of highs and lows, from their darkest and most desperate points to running the 8K for us or running the half marathon or speaking at an awareness-raising event.

“People have got really long-standing relationships with RISE and we are their first port of call. We are the first organisation they think of when it comes to domestic abuse.

RISE is working with the larger national organisations taking over the refuge and support services it used to provide. 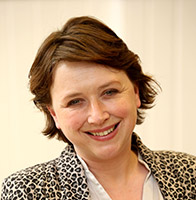 Former Brighton Labour councillor Emma Daniel, who chaired the committee, was stunned to hear that RISE had lost the contract after the tendering process led by East Sussex County Council.

She worked with officials on a process that was intended to ensure that service users’ views and social value were at the heart of the tendering and procurement process.

Ms Daniel said: “As a political party, we protected domestic violence services from the worst of austerity – not necessarily keeping up with demand but not eaten away. We had an understanding of how well regarded RISE is.

“Brighton and Hove’s policy is ‘social value’ driven. It was in the documents agreed by councillors. I cannot understand how that part of the policy disappeared.”

There was cross-party support when councillors unanimously agreed to the service design and procurement process in October 2018.

Conservative councillors Robert Nemeth and Garry Peltzer Dunn raised concerns about Brighton and Hove joining with East Sussex when the initial retendering and redesign of domestic abuse support services went before the committee in July 2018.

And Green councillor Pete West was also concerned that the council would not have full control of its domestic violence services.

Conservatives and Greens initially voted down the plans in July, demanding changes and more information.

An amended version, promising discussion with survivors and other stakeholders, received cross-party approval.

Councillor Nemeth said: “The Conservative group publicly warned against such a situation arising in July 2018 and, indeed, strongly voted against Labour’s plans that have ultimately led to RISE losing the contract.

“The matter was revisited not long afterwards and the Labour administration even gave assurances that our concerns would be taken into account in progressing the issue.

“It was wrong of Labour to disregard our concerns and wrong to drop RISE in such a shameful manner.”

The measure, which could help RISE to find new sources of income, is part of the council’s annual budget proposals which are due to be finalised on Thursday 25 February.

He is concerned that the recommendations about the retendering process – approved by the Neighbourhoods, Inclusion, Communities and Equalities Committee – were disregarded.

Councillor Yates said: “I’ve emailed the monitoring officer as chair of (the) Audit and Standards (Committee), asking for a review.

“This isn’t the first time the terms of a procurement appear to have changed post-councillor decisions.”

Brighton and Hove City Council was approached for comment.