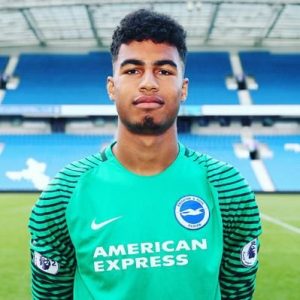 Albion said: “The 23-year-old goalkeeper made his Premier League debut against Tottenham Hotspur in November and has now made 14 Premier League appearances, keeping six clean sheets.”

Head coach Graham Potter said: “We’re really pleased Robert has committed his long-term future to the club, after some impressive performances since his debut last year.

“Robert has already shown what an exciting prospect he is, with a great attitude and mentality.

“He has adjusted quickly to the Premier League and we believe he has all the attributes to develop into a top-class goalkeeper.

“Credit is also due to Ben Roberts and Casper Ankergren, the club’s goalkeeping coaches, who, along with a number of staff in our academy, have helped Rob and guided him through his development.

“We are looking forward to working with Rob and helping him continue with his development.”

Sanchez joined the club from the Spanish side Levante in 2013.