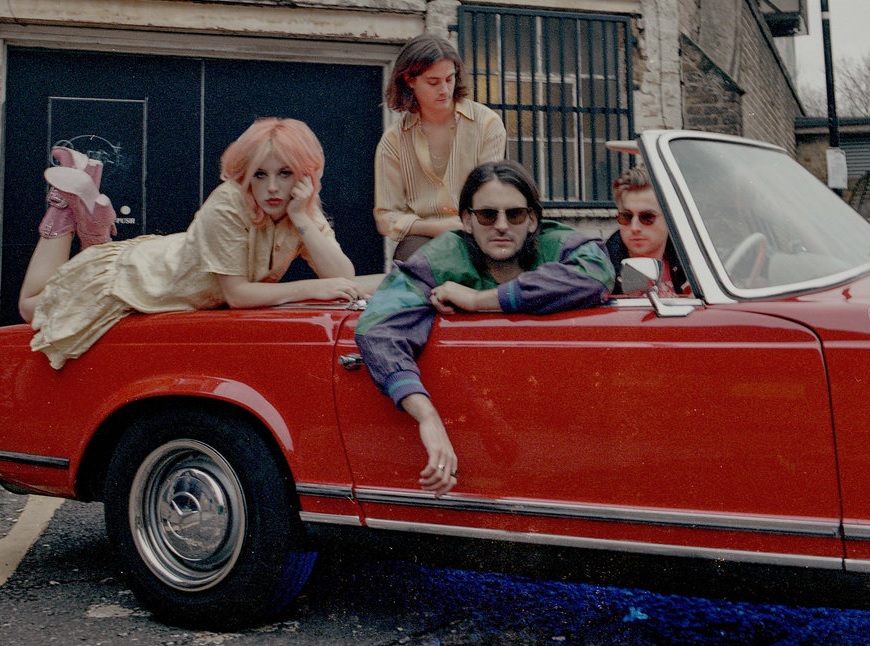 Brighton band Black Honey burst out of the ether in 2014 with their squalling guitars, vivid colours and cinematic vignettes, and are arguably one of the UK’s fastest rising bands. Three years in the making, they released their debut 12-track album on 21st September 2018 and haven’t really looked back.

It’s the weird and wonderful mind of Izzy B Phillips with her lovable but villainous, Milky-Bar-kid-meets-Debbie Harry persona, that you find very much at the heart of ‘Black Honey’. An open sufferer of both dyslexia and ADHD, she’s a huge advocate for self-expression without limit and has relied hugely on her band – Tom Dewhurst (drums), Tom Taylor (bass) and Chris Ostler (guitar) – to complete her vision. 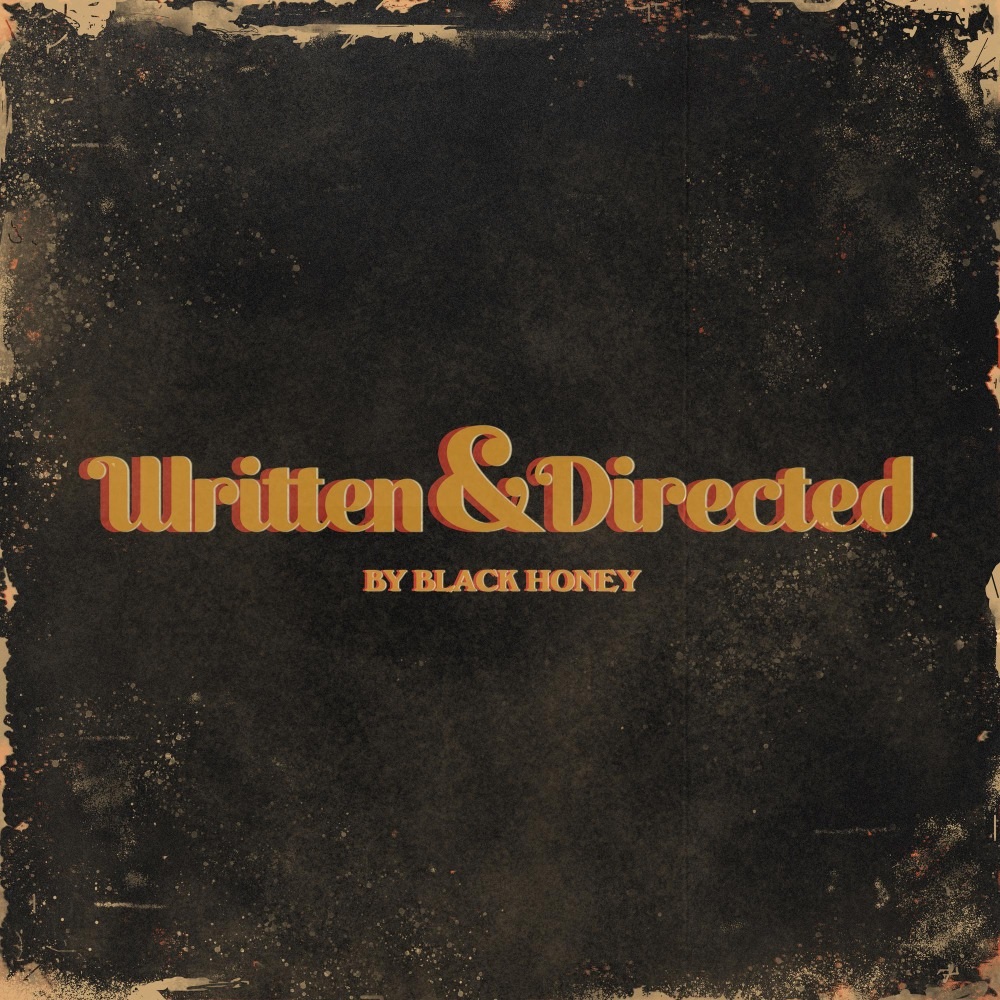 On 19th March, Black Honey will be unleashing their second long-player, ‘Written & Directed’ which just like their debut platter is honest, inspiring and deeply infectious.

Brighton based Black Honey are still the bad-ass, truly original band they have always been, they’ve just graduated from the intriguingly anomalous newcomers to becoming one of UK indie’s most singular outfits. They’ve travelled the world and released a Top 40 album; graced the cover of the NME and become the faces and soundtrack of Roberto Cavalli’s Milan Fashion Week show; smashed Glastonbury and supported Queens of the Stone Age, all without compromising a shred of the wild, wicked vision they first set out with.

It’s now time for the next instalment of their story – ‘Written & Directed’– which see’s Black Honey deliver one, very singular, message – a 10 track mission statement that aims to unashamedly plant a flag in the ground for strong, world-conquering women. For fierce frontwoman and album protagonist Izzy B. Phillips – it’s the most important message she could send to inspire her cult-like fanbase and fill the female-shaped gap that she felt so acutely when she was growing up and discovering rock music for the first time.

Written throughout 2019 and recorded in fits and spurts between touring, ‘Written & Directed’ is drenched with a hedonistic, anything-goes attitude. It’s also the most full-throttle collection of music that Black Honey have ever-written – egged-on by their run of shows supporting long-term friends and collaborators Royal Blood. Exploring everything from womanhood, to identity and power, it’s an album that revels in the rich history of pop culture, throws a wink to its rock-and-roll heroes, but ultimately (and in true Black Honey fashion) it stands on its own two feet.

With a typically hyper-visual world referencing grindhouse cinema, kitschy pulp films and a flip-reverse of female cinematic representation all primed to unfurl and explode around them, ‘Written & Directed’ is the sound of Black Honey strapping in and saddling up, of harnessing their quirks, and, as the Phillips has always hoped, riding them joyously into the sunset.

The new album kicks off with ‘I Like The Way You Die’ and ‘Run For Cover’, both of which they performed live when the Brighton & Hove News reviewed their gig at the Green Door Store on 29th January 2020 – read our review HERE. 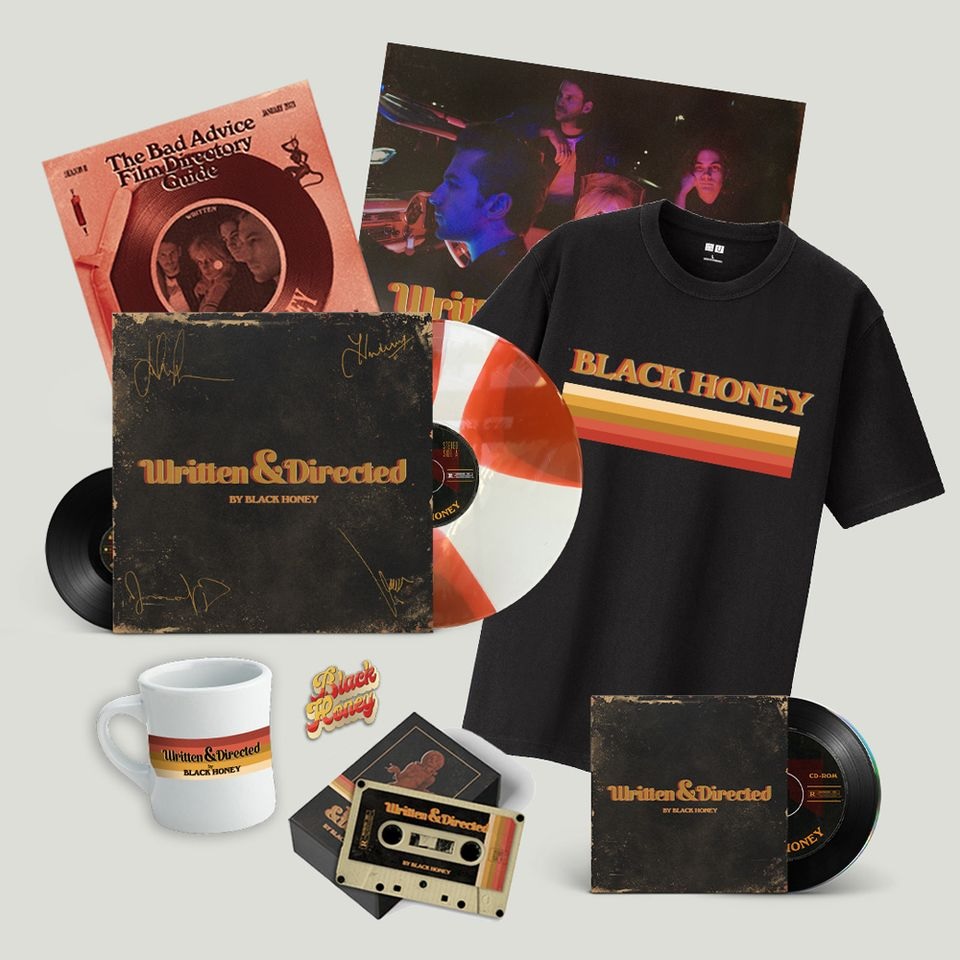 Check out the merch options!

In support of the new ‘Written & Directed’ album, Black Honey have announced a 2021 UK tour. Full tour dates, which includes a concert in Brighton at CHALK on 23rd September are: