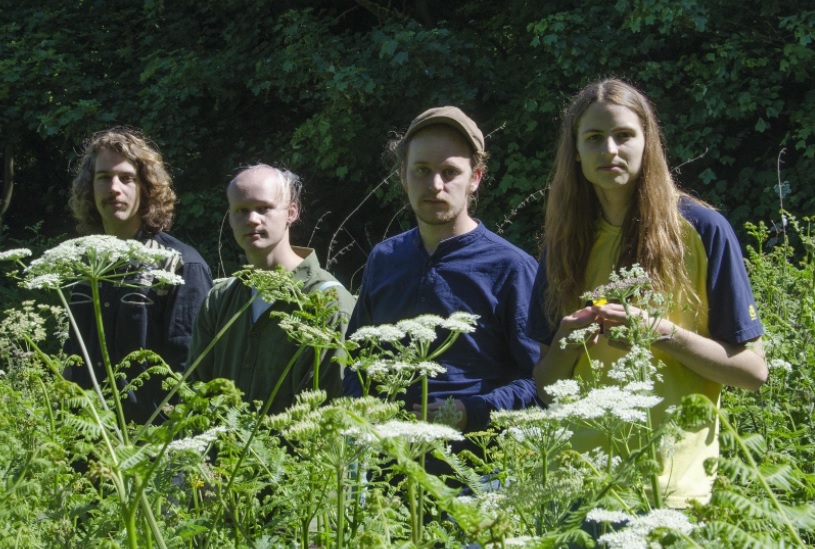 Bull are heading to Brighton

York’s alt rock songsmiths, Bull have today announced their debut album ‘Discover Effortless Living’ which will be released on the 26th March by EMI Records, in conjunction with Young Thugs and can be pre-ordered from HERE. Catch them live in Brighton at the Green Door Store on Friday 17th September 2021. Purchase your tickets HERE or from your usual ticket agency.

To celebrate, the band have today released ‘Eugene’, a mini-symphony of self-flagellation which trips through the various stages of feeling down on yourself (lethargy, frustration, anger etc) using tempo changes to paint an audio picture. It manages to be both melancholy and spritely at the same time, another example of the band’s idiosyncratic song writing.

“I wrote the song Eugene when I was feeling dissatisfied with what I was doing” Tom (guitar/vocals) explains. “It’s kind of a self-hate song, you know when people talk about self-love? It’s not that. I’m slating myself; it moves through the key changes and different moods, and ends in a way that mocks the sadness, another form of self-deprecation!”

The video for the track is again a collaboration with artist friends of the band that reflects the different moods of the song. Dan and Kai from the band kick things off with some DIY Claymation before handing over to artists Jack Iredale, Rory Welbrock, Roxy Linklater and Holly Beer who each tackled a different animation style. 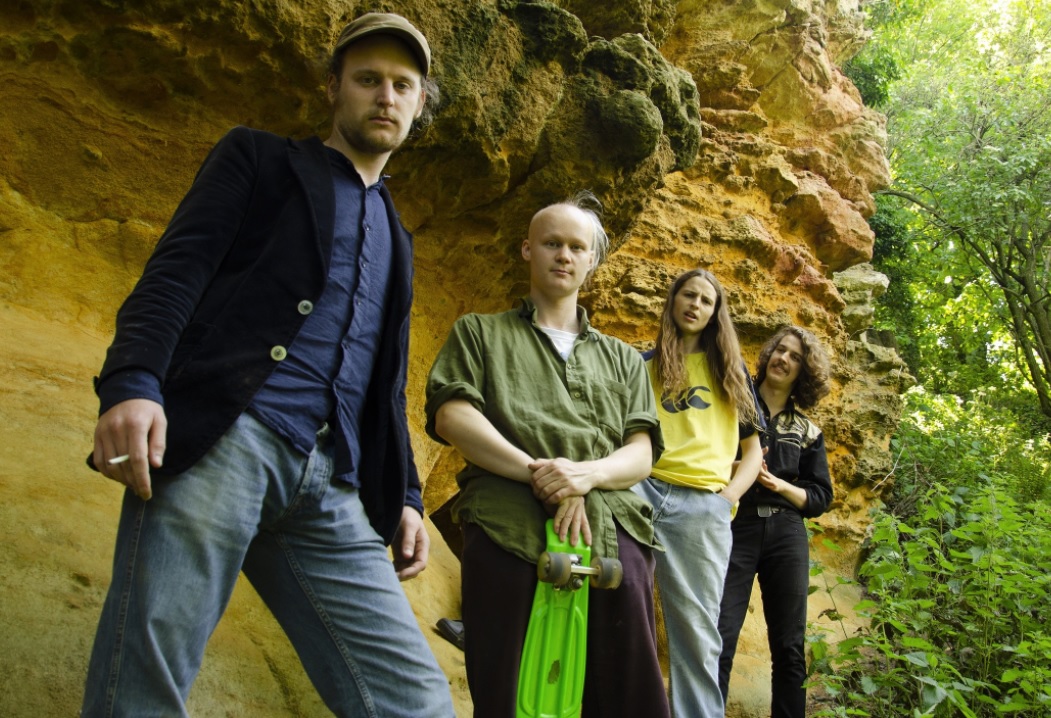 The band’s debut album, ‘Discover Effortless Living’ is a cornucopia of alt rock sounds, the band having refined their song writing style into 13 indie bangers. The album includes previous singles such as ‘Disco Living’ (actually an abbreviation of the album title) ‘Green’, ‘Bonzo Please’ and ‘Love Goo’.

“Its songs written and rocked on between the years 2012 and 2020” Tom elaborates. “The title is taken from the opening lyric to the final track ‘Disco Living’. We wanted to use a lyric from the album and felt like this was a good one. I first saw the words in London written on the side of a mansion being built and thought it was funny, it also ties in with ideas around class, new beginnings, a golden era of prosperity, and hoping to have life ‘in the bag’.”

At radio the band are already being championed by the likes of Chris Hawkins and Steve Lamacq at 6Music, Huw Stephens at BBC Introducing Clara Amfo, as well as being acclaimed by fellow musicians like Elton John on his Beats 1 show and Declan McKenna.

Formed in 2011 by vocalist and songwriter Tom Beer and guitarist Dan Lucas, Bull’s mission is simply to make the music they wanted to listen to, inspired by their 90’s heroes such as Pavement, Yo La Tengo and the Pixies. The rest of the band came together through a mix of friendships and happenstance. Drummer Tom Gabbatiss joined after he and Tom jammed together in bars while they were back-packing around Thailand, and Kai West had previously used to jump up on stage with the band and “Bez” (verb meaning to dance badly while intoxicated) before they eventually let him play bass.

They’ve played support shows for the likes of Squid, The Orielles, Pip Blom and even one of their long-time heroes in the form of Spiral Stairs (AKA Scott Kannberg of Pavement), and their constant gigging has seen them build up a dedicated local following. Not to be restricted to God’s own county, the band have plied their wares in mainland Europe, playing a series of unforgettable shows in Germany and the Netherlands. The band will be back on the road in 2021 with a full UK tour starting in September, tickets go on sale March 12th 2021. 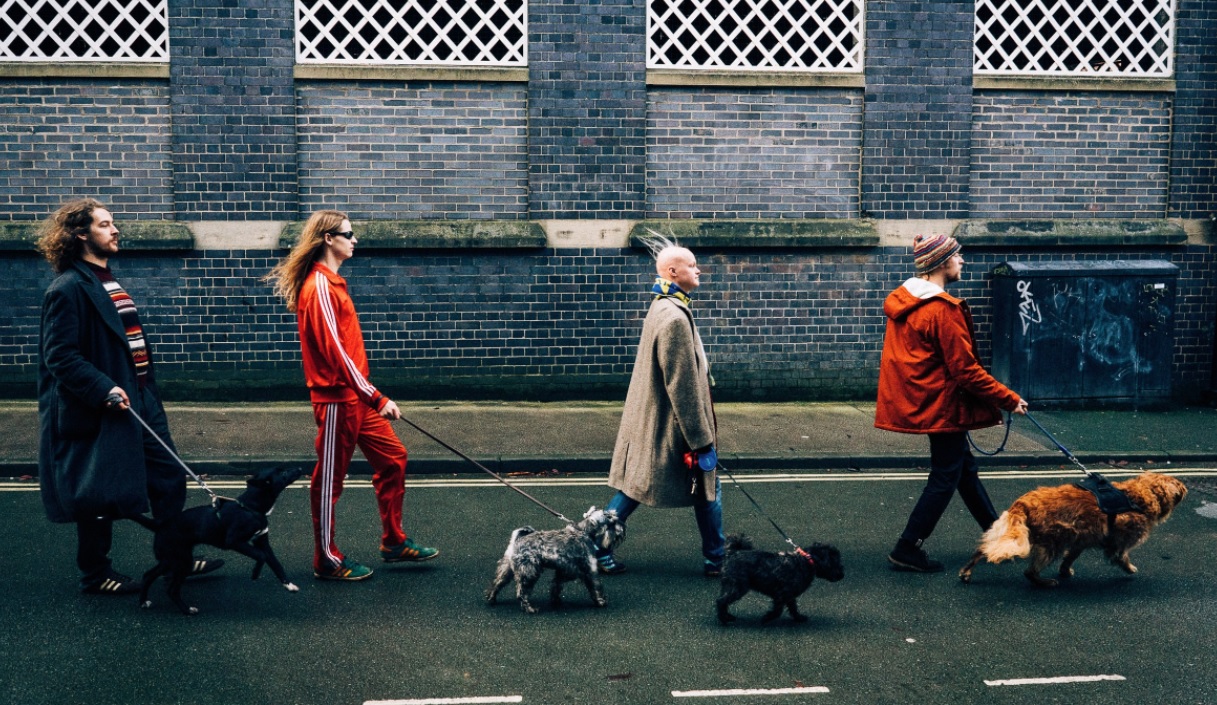 Bull out for a stroll 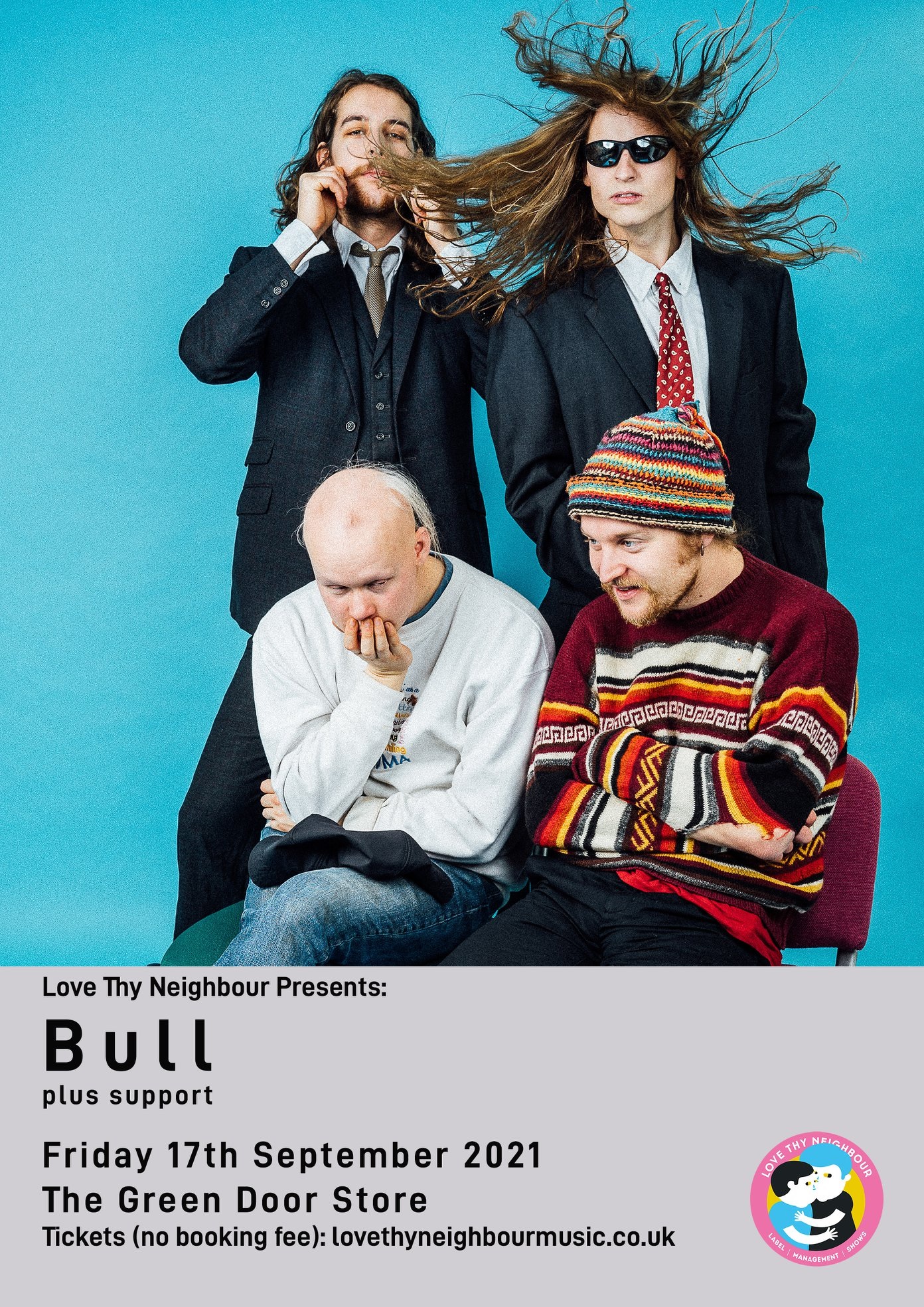 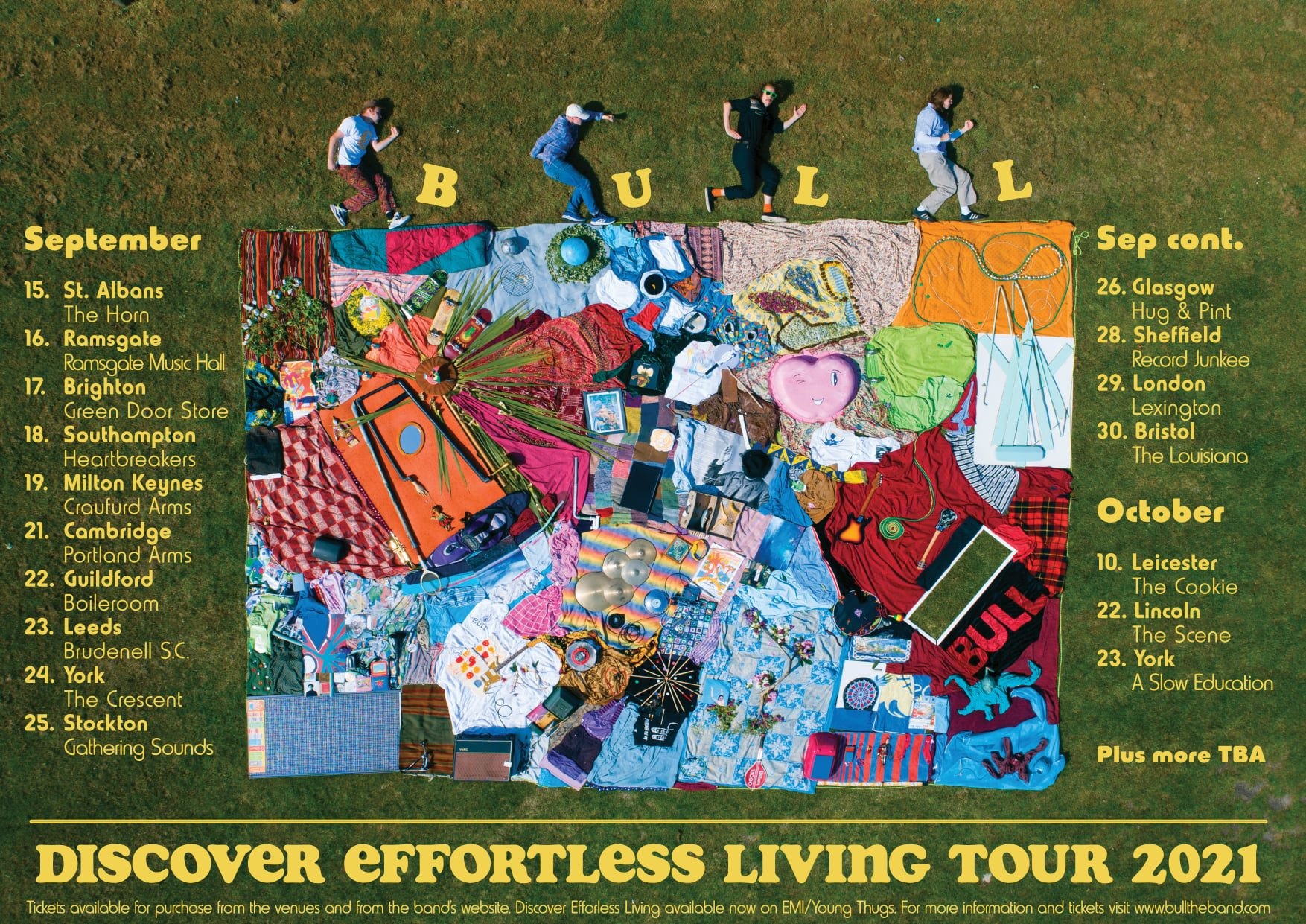