Police have issued an appeal for help to find a wanted man from Brighton. 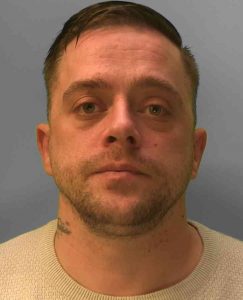 They want to speak to Aaron Taylor, 32, about claims of stalking and assault.

Sussex Police said this afternoon (Monday 22 March): “Police are appealing to locate Aaron Taylor, 32, of Brighton who is wanted by officers.

“Officers want to speak to Taylor in connection with an investigation into a report of stalking, coercive and controlling behaviour and an assault.

“He is described as a white man with dark hair, of a stocky build, with blue eyes and facial hair.

“It is thought that Taylor remains in the local area.