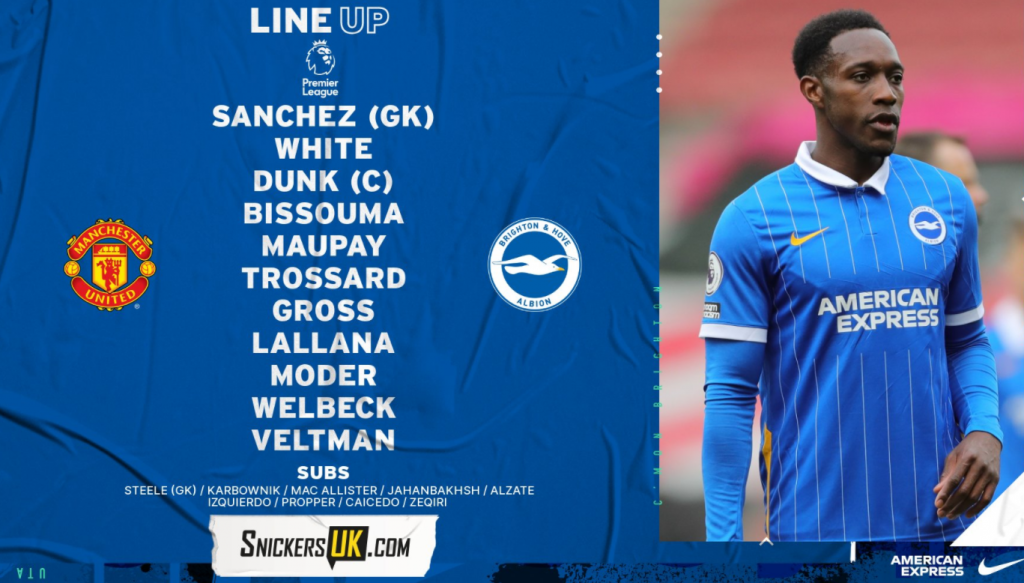 The Seagulls will be buoyed by results so far today (Sunday 4 April), with both Fulham and Newcastle failing to win after leading.

Danny Welbeck starts for the Albion against his former and home town club.

Jakub Moder also starts for Brighton in the week when he scored against England in a World Cup qualifier for Poland.

Jose Izquierdo is again named among the substitutes despite not playing  a first team match for 102 weeks.

Let’s hope that it’s a good omen for this evening’s match.