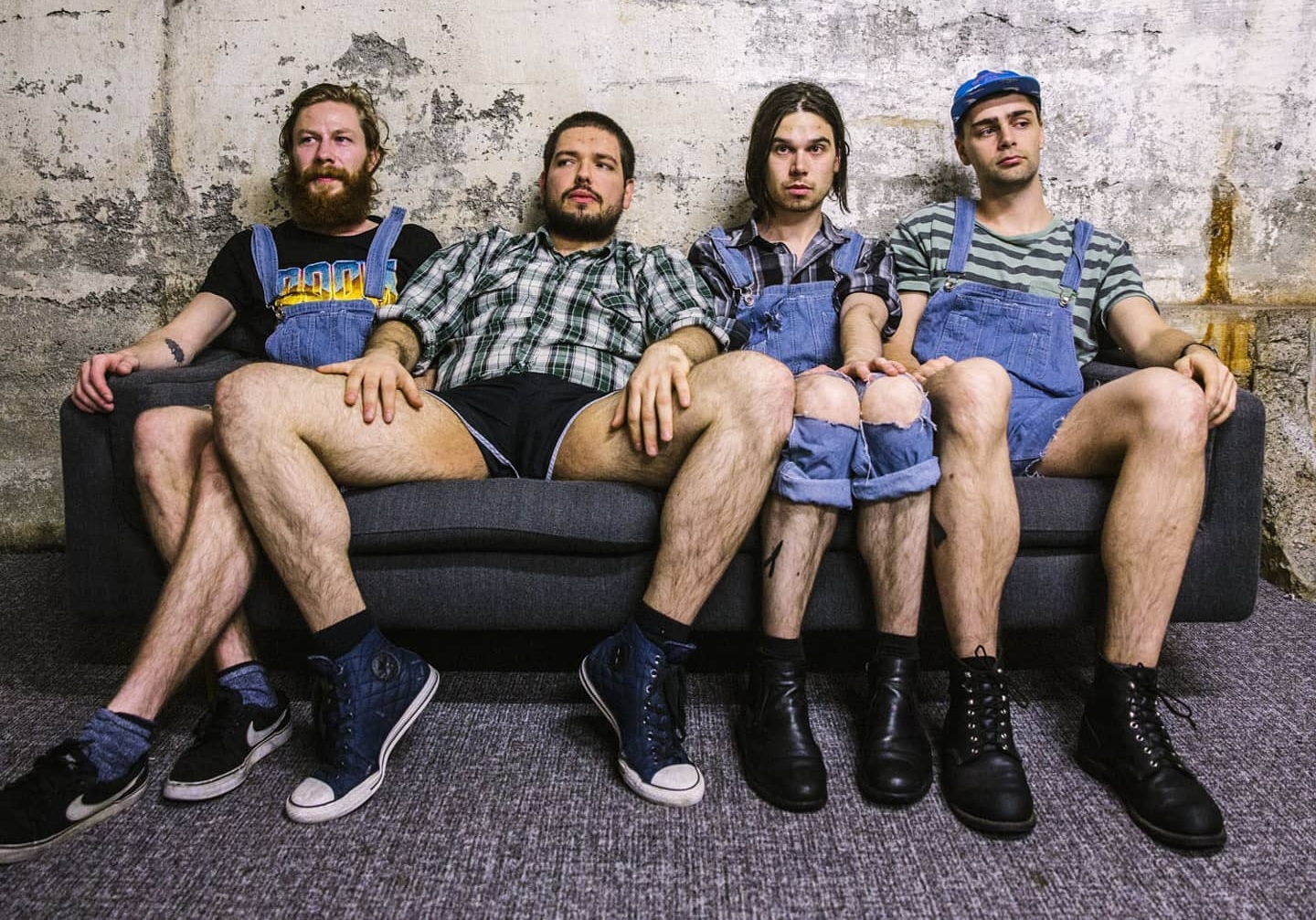 Beware Brighton they are on their way!

Yes, that’s correct a two second track! Yes they do hail from the Faroe Islands, which is an autonomous territory within the Kingdom of Denmark and located 200 miles north west of Scotland! And yes they will ‘briefly’ be playing a fast loud shouty punk set in Brighton! But who are they? Read on…………

It has come to our attention that Andy, Anton and Annabel from local music promoters Love Thy Neighbour have booked in a band called Joe & The Sh*tboys. (Yes they do have an “i” in their name) to play at The Hope & Ruin on Monday 27th September 2021 as part of the band’s 12 date UK tour.

Now this sounded like it was going to be a fun night out in town and one that we shouldn’t miss. Not previously having heard any of Joe & The Sh*tboys music, it was assumed that they would sound akin to Chubby & The Gang and Brighton’s very own Wife Swap USA and you know what? They most certainly do! Happy days! 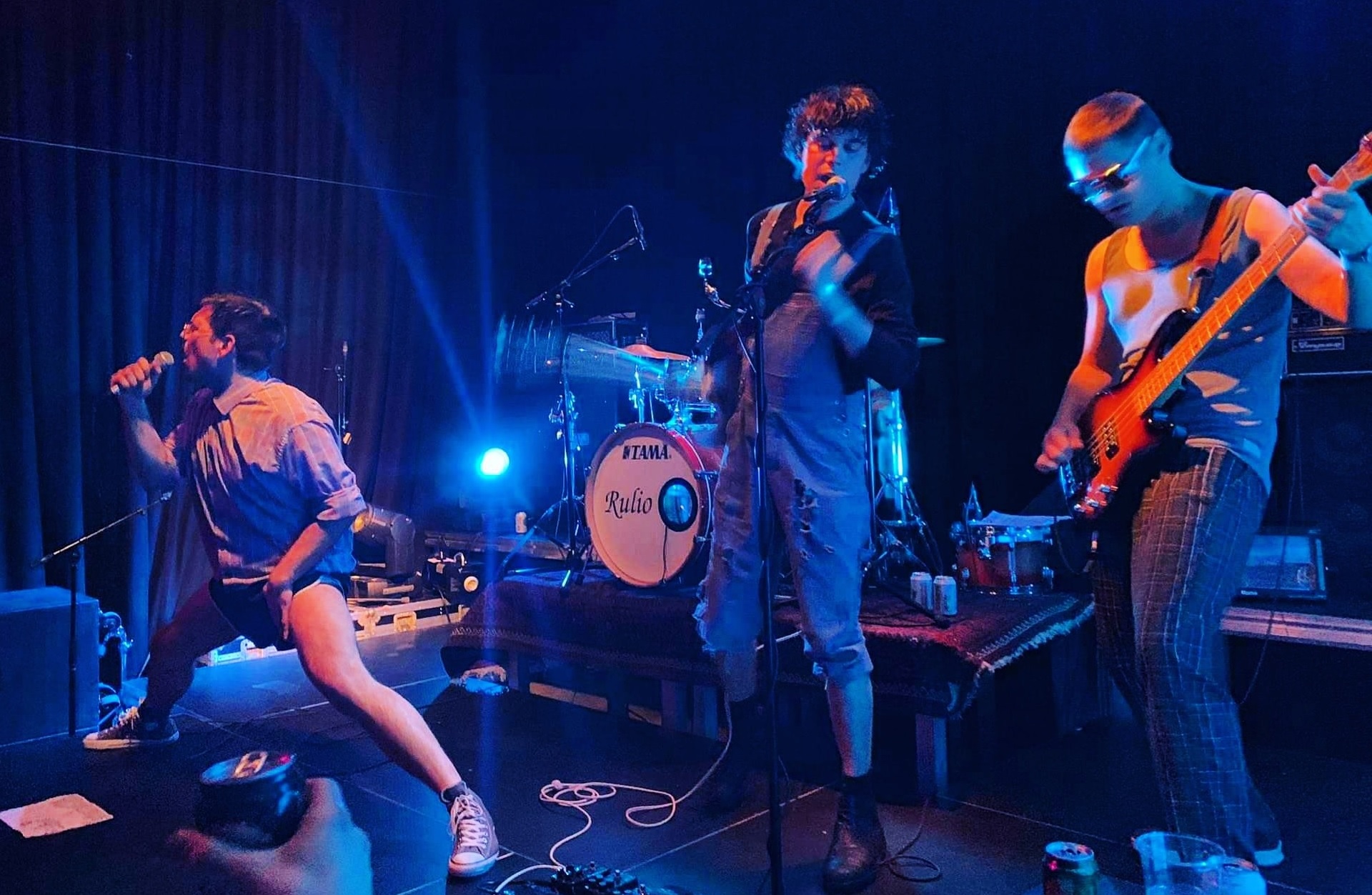 The guys in action

The band have gone down The Ramones names route and thus have declared their personnel as Joe on vocals, Ziggy Sh*t on guitar, Sammy Sh*t on bass guitar and Johnny Sh*t on drums.

They are bisexual vegans who formed the band with the intention of calling out sh*tty behaviour in the conservative Faroe Islands, where the rock scene is (apparently) filled with boneless homophobes and misogynists, and elsewhere generally.

The Joe & The Sh*tboys live shows are hailed as being rammed full of energy, with a barrage of trademark sub 120 seconds songs, such as ‘Drugs R’4 Kidz’ (coming in at 61 seconds long), ‘Life Is Great You Suck’ (91 seconds) and ‘If You Believe in Eating Meat, Start With Your Dog’ (just 22 seconds). However their shortest track is unbelievably a mere 2 seconds and is called ‘F*ck’. 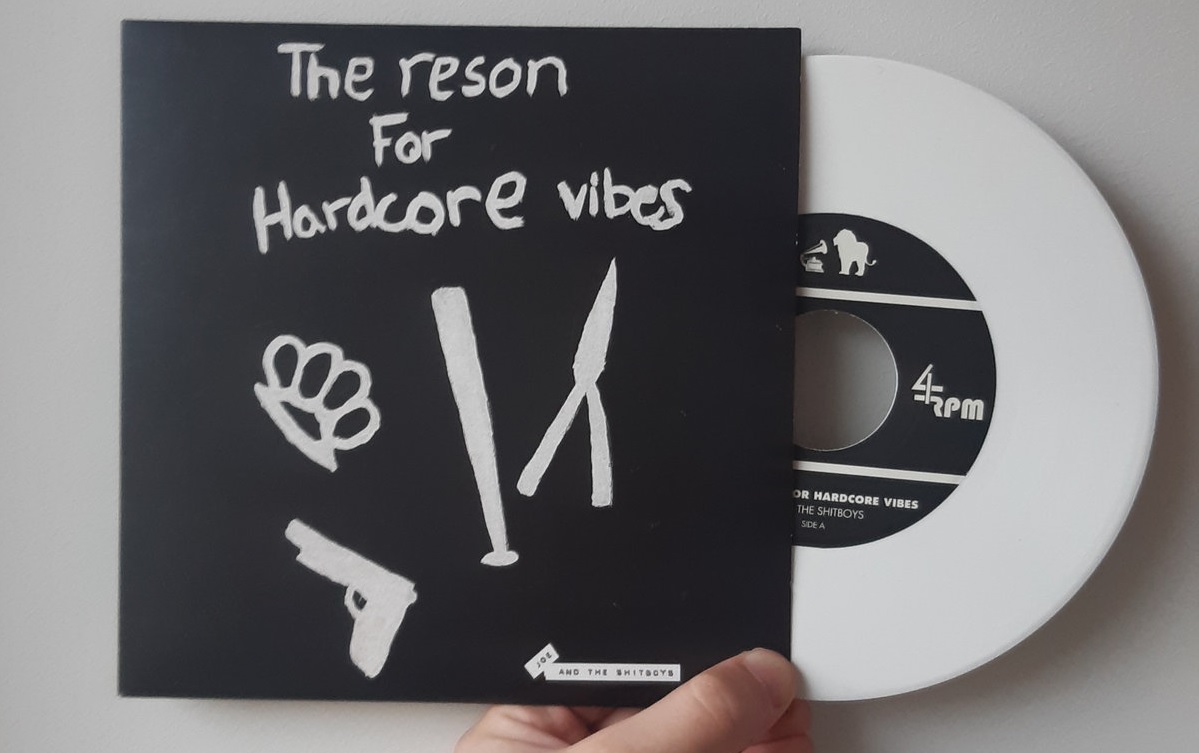 All of these super quick ditties can be found on the band’s debut 10 track album ‘The Reson For Hardcore Vibes’ which was unleashed to an unsuspecting world on 4th November 2020. In fact the album is so short that the guys have crammed it all onto a 7” vinyl disc. There were 150 white vinyl copies released but they are long gone, but the normal black platter is still available – Purchase/listen to the ‘mini’ album HERE.

If you like what you have heard, then grab your Brighton gig tickets HERE, HERE or Resident music. Support on the night comes from Lambrini Girls and Happy 2000.

More on the Joe & The Sh*tboys HERE. 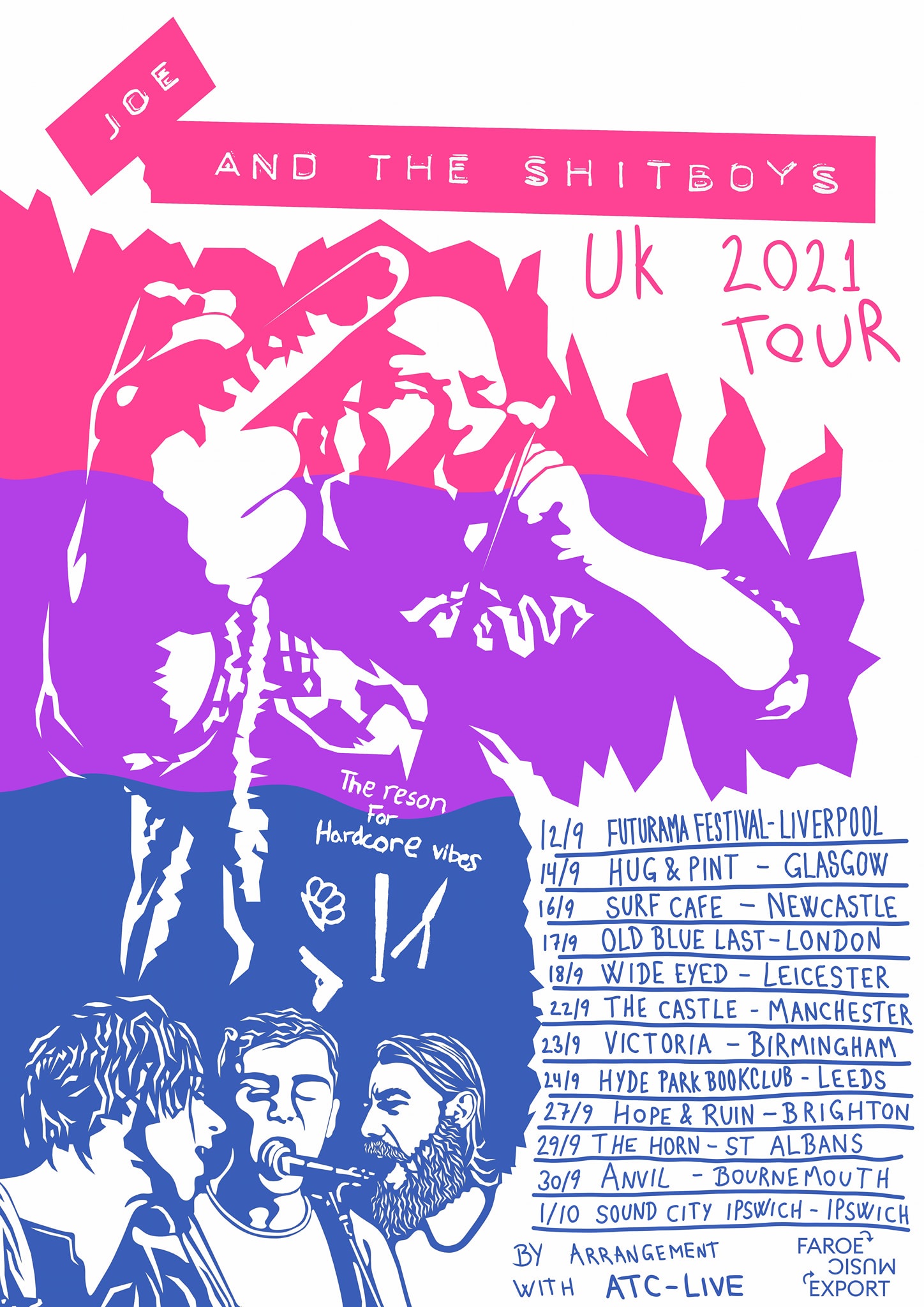