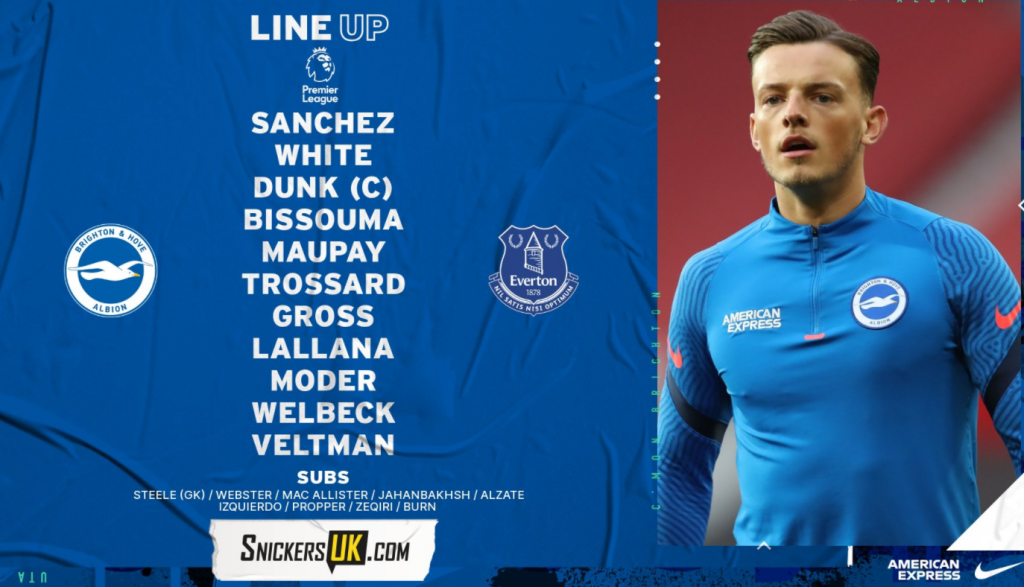 Albion take on Everton, who have never won at the Amex, as the Seagulls look to pull themselves further clear of the relegation zone.

Jurgen Locadia and Wayne Rooney are previous scorers in this fixture.

Once again, Jose Izquierdo is on the bench for Albion, having not played at first team level for 103 weeks.