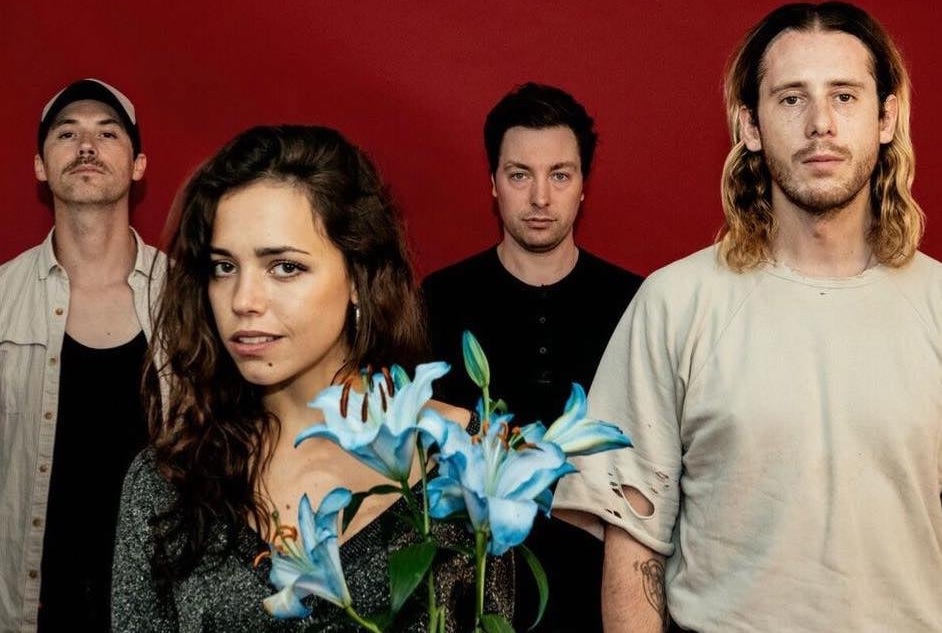 Beach Riot formed back in February 2017 and started playing live at beach bars, parties and venues on the South Coast to support two previous single releases that picked up natural support from John Kennedy at Radio X and BBC Introducing, followed by a number 12 on the Amazing Radio chart and a slot at Reading and Leeds Festival.

They have announced that they are to play live in Brighton as part of their 17 date UK tour. They will be rounding off the tour on Thursday 16th December 2021 at The Prince Albert. Get your tickets HERE,  HERE or HERE. 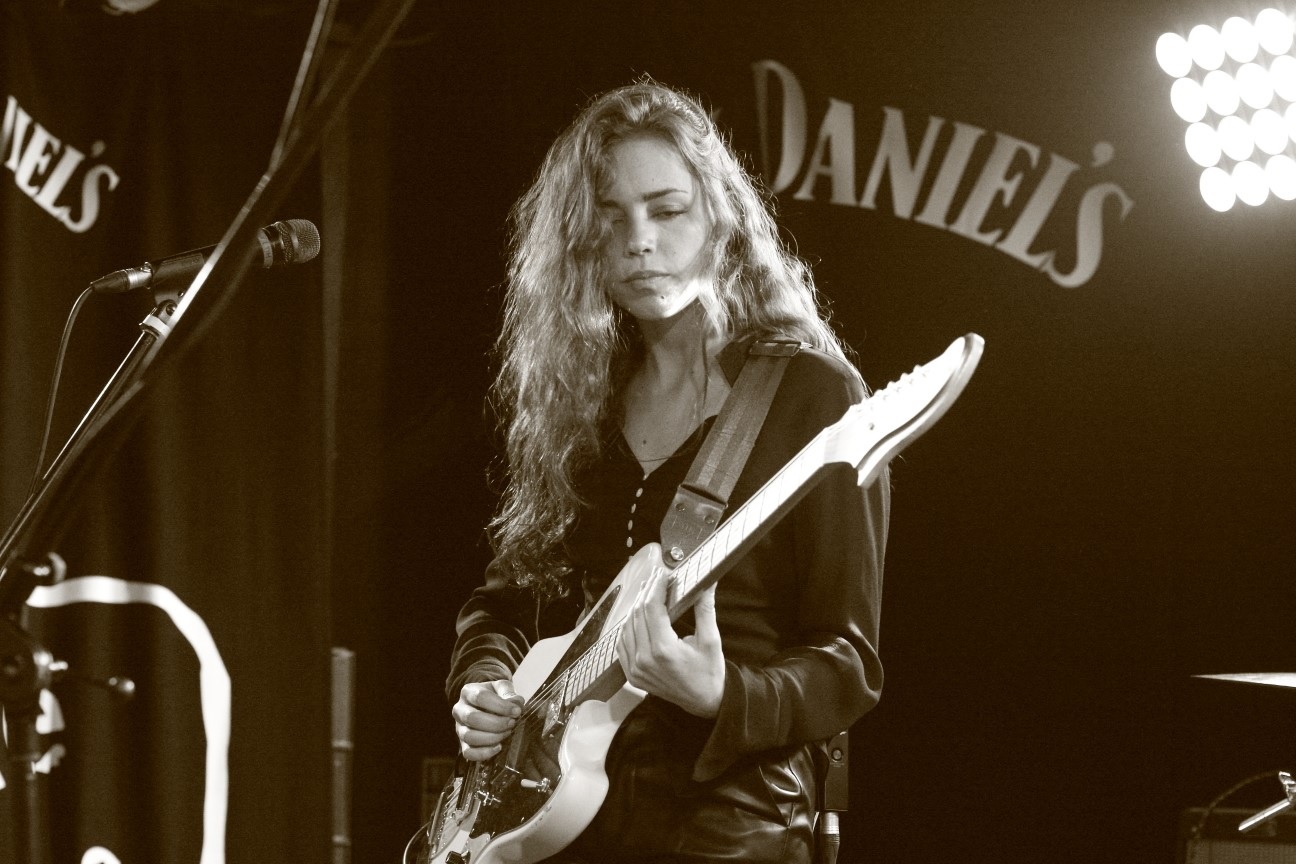 “The four-piece take to the stage and make a real intro with the use of cymbals and a sh*t load of pedals. Their sound is energetic and heavy, being driven at 80mph the gig space of The Hope and Ruin quickly flicks into a mosh with pints going everywhere. Their sound is complex and textured, never leaving time to breathe as the shredding guitars scream grooves over the audience. The combination of male and female vocals work well for the band’s sound and adds some diversity to the music. The crowd is thoroughly throwing themselves around over an ice rink of spilt drinks, people are falling and lashing but everyone is really nice and has a good display of crowd etiquette quickly helping up any of their fallen brothers”. 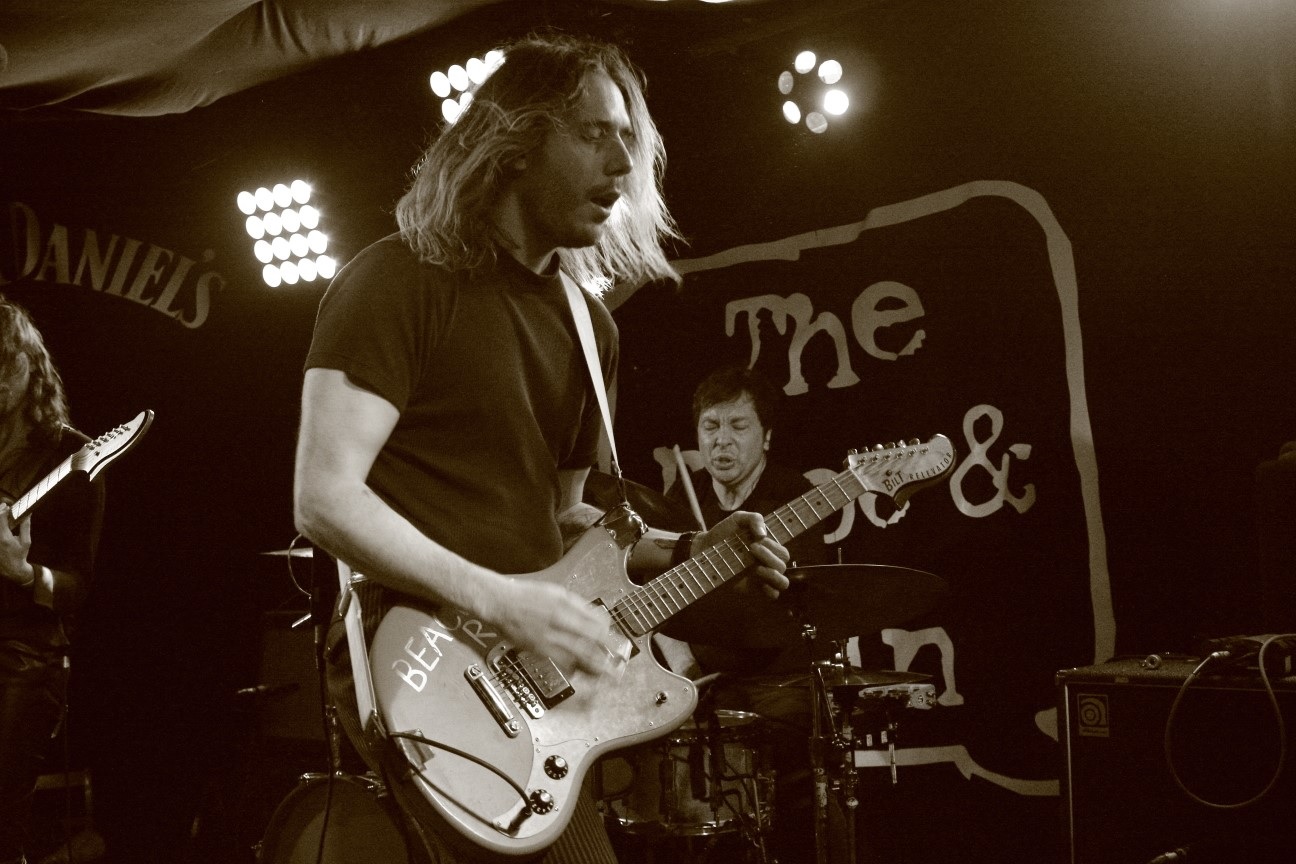 “The band play this effortlessly, being perfectly in sync and splattering the crowd with sparkling overdrive. The gig was an energetic drunken haze with most of the audience sweaty and bruised. The surf-punker tunes go down a treat as everyone leaves content. Looking forward to the next Triptych!”

“I really recommend giving these guys 2018 ‘Beach Riot EP’ a listen for some fun energy-rich tunes. A live version of their song ‘Stuck Inside’ has been chosen for the limited triptych vinyl and is also available to stream or purchase through Love Thy Neighbours Bandcamp”.

During lockdown, the band have been bunkered down in the studio working on the new body of material—their first full release since the 2018 ‘Beach Riot EP’—with further details of Subatomic Party Cool to be announced over the coming months.

Commenting on the album and tour news, guitarist/vocalist Rory O’Connor says: “Recording the album was the most cathartic medicine I could ever have hoped for in an otherwise desperately terrifying and uncertain time. Playing live is the reason the universe has put Beach Riot on this planet, and there’s gonna be one hell of an explosion of emotion and energy when we finally can get back on that stage and play all these new tracks to everyone.” 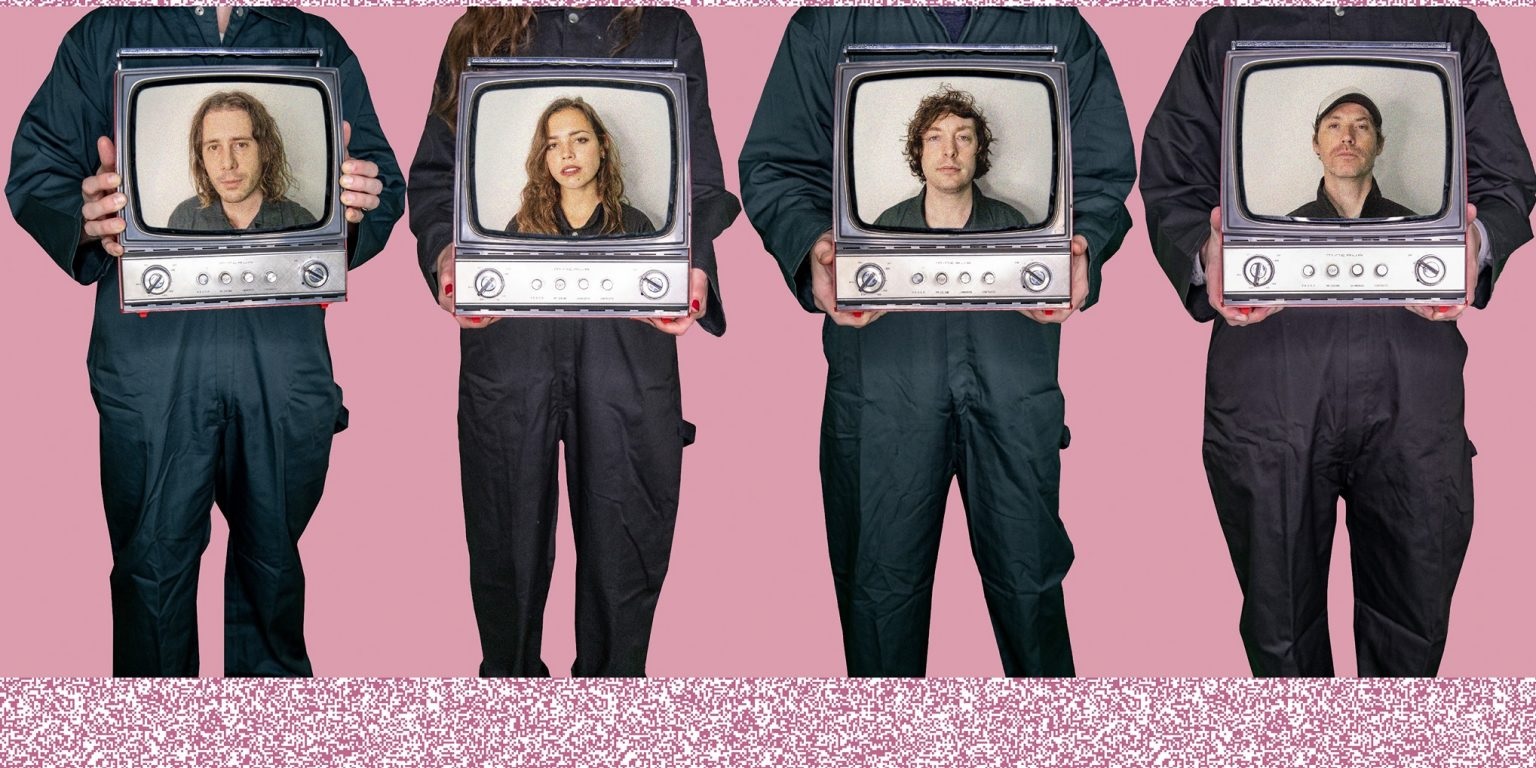 “Working on the album has been like a lifeline for me,” adds drummer Jonny Ross. “Having something to focus on creatively over lockdown has been so needed and I’m glad we’ve kept momentum going.”

“I think waiting until next year is the responsible thing to do,” he continues, on the band’s headline tour announcement, “as much as we do miss playing and meeting new fans. We can’t wait to get out there in the new year with new tracks in the set.” 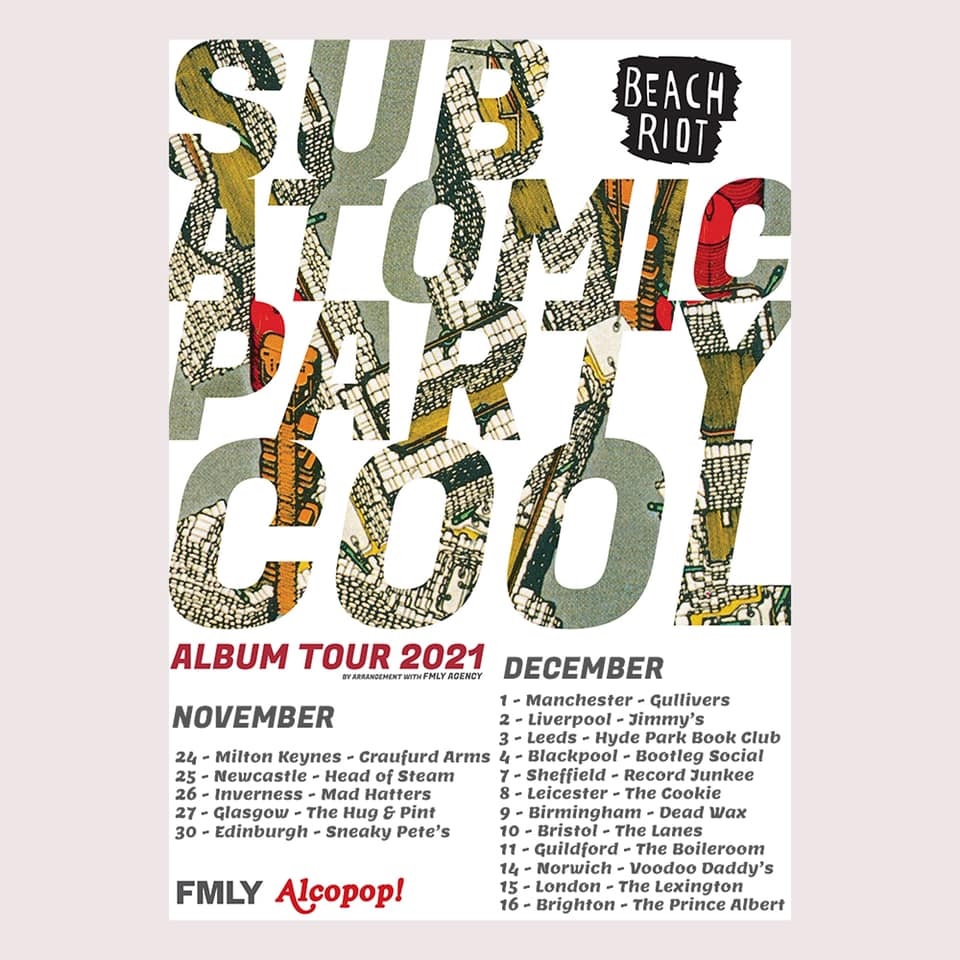