We should listen to residents, says Lib Dem candidate in Hollingdean and Stanmer by-election 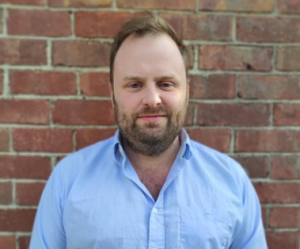 Each candidate was sent questions which were submitted by community groups and voters. Below are the responses from Liberal Democrat candidate Alex Hargreaves.

I was born and grew up in Brighton and, while I moved away for a few years to go to university and work, I moved back a few years later.

While I absolutely love Brighton, there are some issues with the city that can be improved – for example, the lack of affordable housing in the city – and I would like to help make the improvements.

I have a varied background, having worked in teaching, recruitment and now the energy industry.

All of these jobs have involved tenacity, pragmatism, problem-solving and communication skills, which align well with the requirements of being a good councillor.

Additionally, I want the best for Brighton, so I will also bring enthusiasm and willingness to work hard to improve the city.

I worked as a teacher briefly. While I realised that teaching was not for me, it did help highlight the additional pressures on families when children have additional needs or disabilities.

That is on top of the ordinary difficulties (both financial and emotional) that I know all families face day-to-day – I have a young son myself, and while we do not have any additional needs, it can still be pretty stressful – so I can only imagine how much harder it can be for some people.

I generally think there isn’t enough housing in the city, there are many homeless people, and there is very little affordable housing for younger people, so I wouldn’t want to rule out building homes on busy roads if they were the only place available to build them.

I think the better focus would be to try to reduce pollution on the roads by encouraging people to walk, cycle or use public transport where possible.

If there was an appetite for it, I would be happy to survey the residents of Saunders Park to find out their primary concerns and see that they are incorporated in a wider strategy for the area.

I would support a park and ride scheme into Brighton, though my preference would be for the parking to exist outside the main part of the city, to minimise unnecessary traffic coming into the city if possible.

It is not necessarily a bad thing that 40 per cent of households do not own a car, we should be encouraging people to use sustainable transport where possible.

However, I would like to ensure that public transport is affordable, frequent and useful enough to enable people to live in the city without needing a car.

I have a two-year-old. I know how much he loves a playground and how useful it is as a parent to get him outside to burn off some energy. I would push hard to make sure broken equipment is fixed when it is reported and that equipment is replaced when it becomes outdated.

This is a great point. It’s true and I as a father to a young child, I do wonder what my kid will get up to as they grow.

I think we need to be exploring the possibility of doing more things like expanding outdoor activity in parks for youngsters, as was done on The Level with a skate park.

I would ensure that there are plenty of dog bins and adequate signs to encourage dog owners to clear up after their pets.

I would also like to see prosecutions take place for repeat offenders.

I would like to ensure that there are sufficient refuse staff to collect bins and that the service is managed effectively so that there are fewer missed collections.

I would also like there to be some visibility for when a collection will be if the scheduled one has been missed – perhaps on a webpage.

I would make myself known and available to all the local residents’ associations and community groups.

I think it’s really important to be accessible and to actually listen to residents’ concerns so we can respond creatively and create a better city for all.