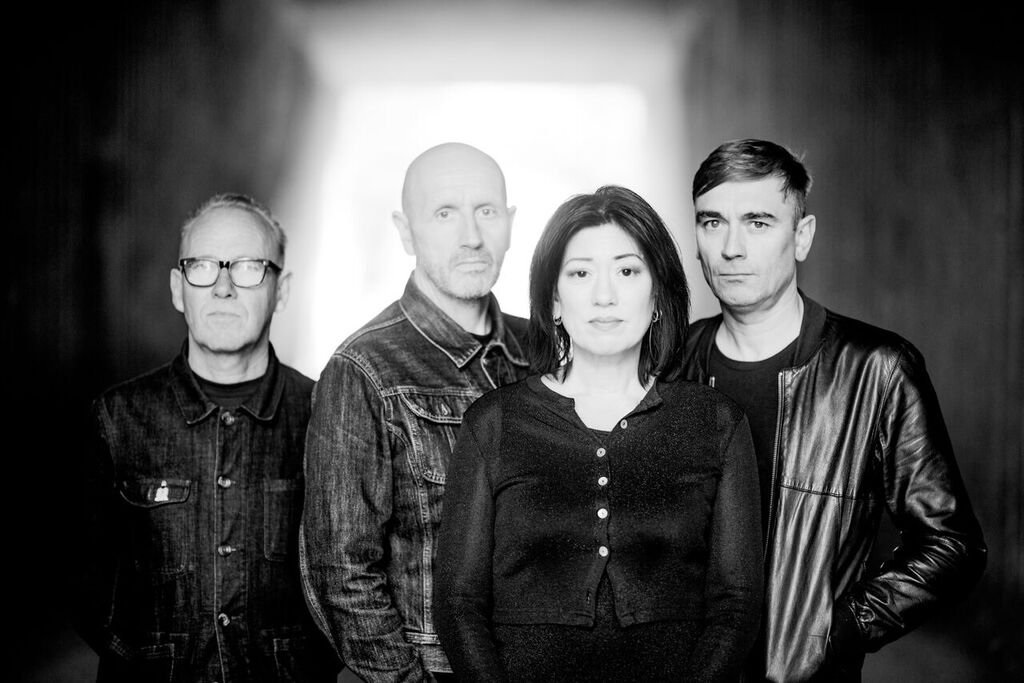 Piroshka are heading to Brighton

The CHALK concert venue in Brighton is certainly the place to be on Tuesday 2nd November 2021 as today ‘supergroup’ Piroshka have announced that they will be opening up their select UK tour here in town ahead of visiting Leeds, Manchester, London and Guildford. 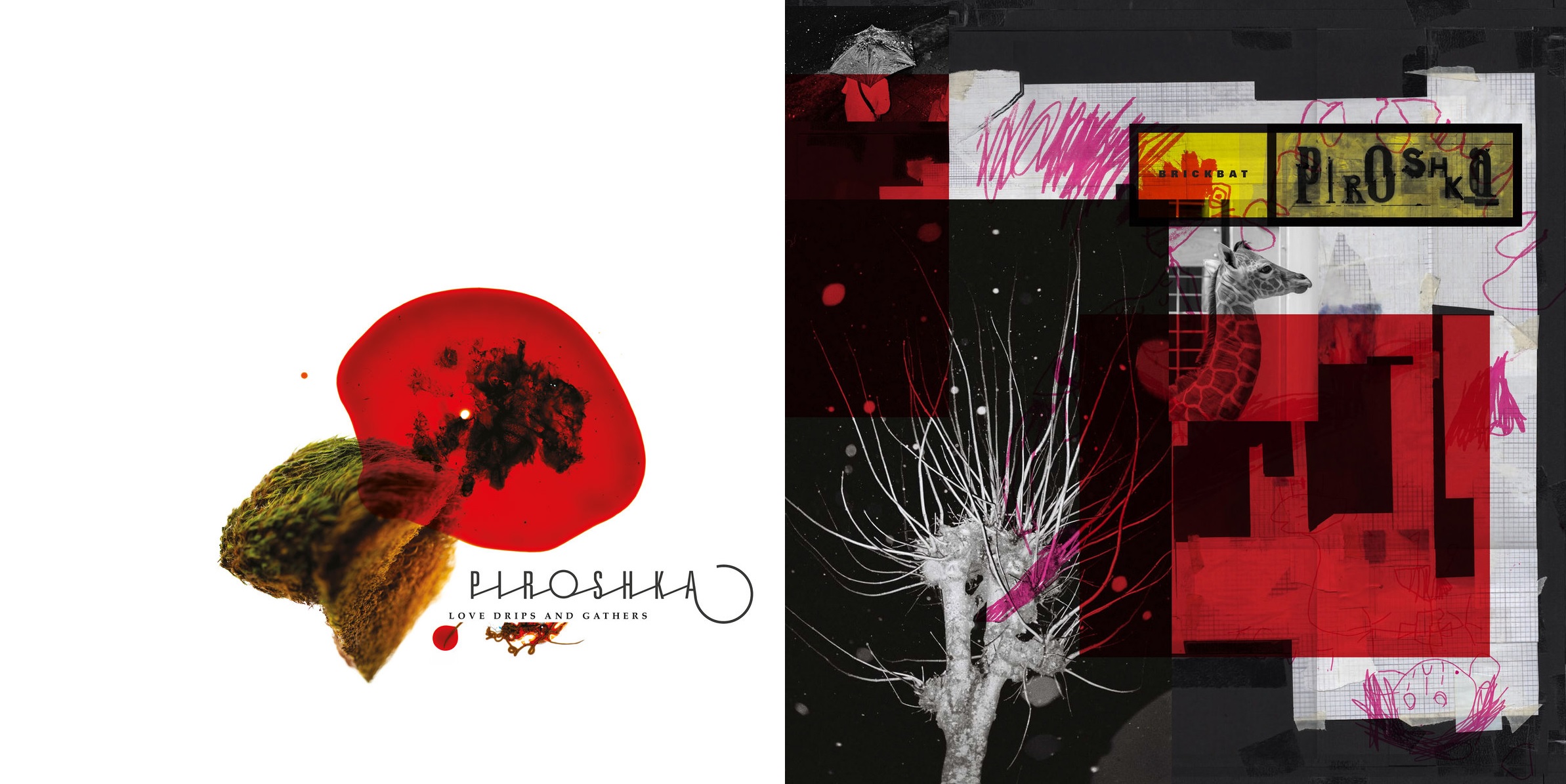 Piroshka’s albums: ‘Love Drips And Gathers’ and ‘Brickbat’ (click on images to enlarge!)

Piroshka’s famed Brighton record label, Bella Union, have stated that they are thrilled to announce the release of Piroshka’s stunning second album, ‘Love Drips And Gathers’, which will be coming out on 23rd July. The album builds on the acclaim of the band’s 2018 debut LP ‘Brickbat’ and the reputations of the former members of Lush, Moose, Elastica and Modern English.

‘Love Drips And Gathers’ nine tracks will each have its own video (all to be made by Connor Kingsley), with a continuing thread that will eventually create one story. Piroshka’s own story is rooted in family – both those you’re born with, and those (friends) you choose. Check out their video for ‘Scratching At The Lid’ HERE. 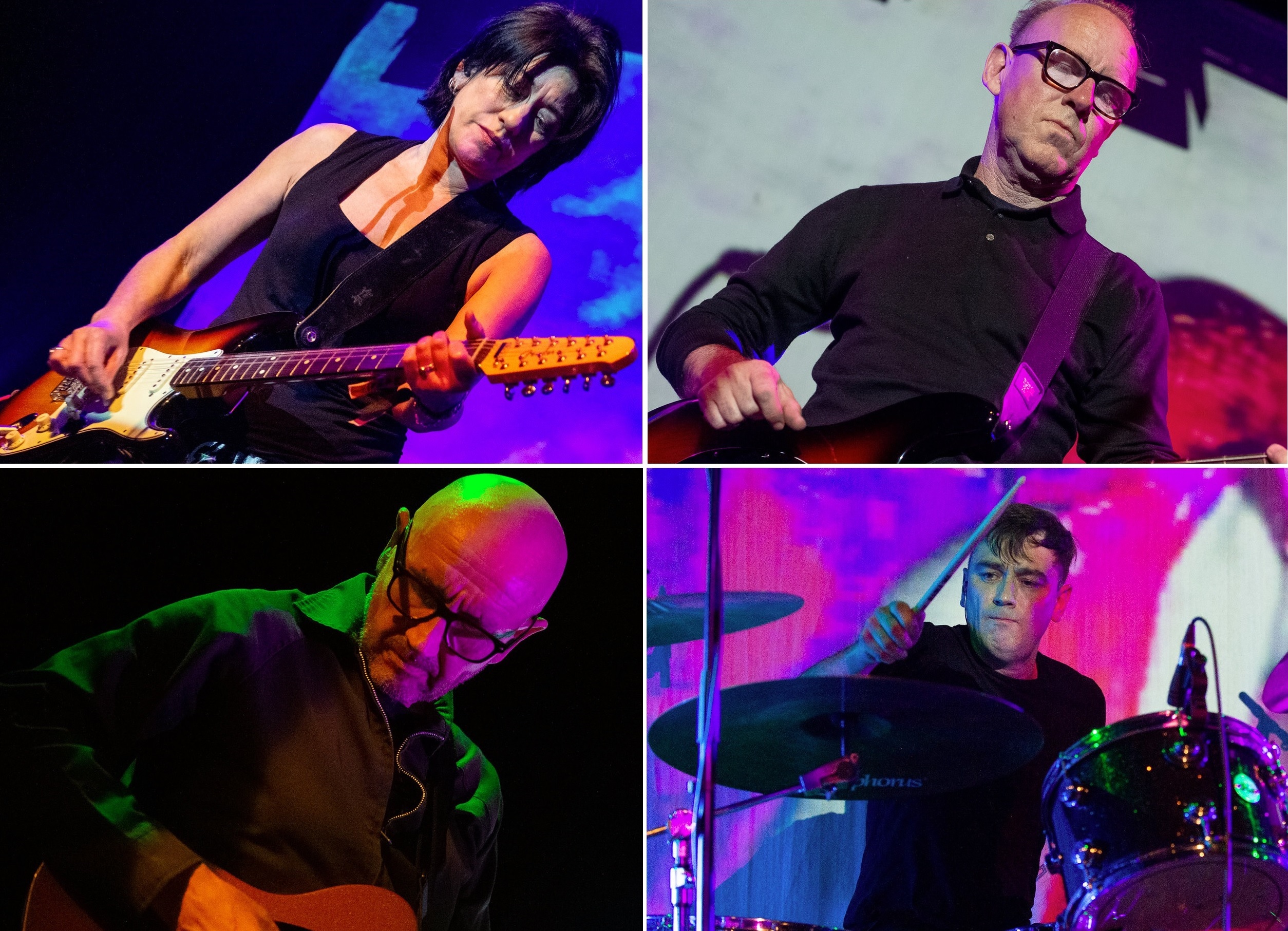 The Brighton & Hove News Music Team bore witness to Piroshka’s debut Brighton concert, when they appeared at the Sallis Benney Theatre on Saturday 11th May 2019 as part of our 100 live performances  at The Great Escape new music festival. Our review read thus:

“A Supergroup emerging from the heady heights of Lush (Miki Berenyi), Elastica (Justin Welsh), KJ McKillpop (Moose) and Mick Conroy (Modern English). You know you are seeing masters at work. Impressive, masterful and beautiful.
Piroshka came together as a project after all stepping in for Lush’s final show in Manchester in 2016. Taking their name from the Hungarian word for “missile,” the group quickly put together a collection of demos which Bella Union boss Simon Raymonde was rather taken aback by. Piroshka’s weighty shoegaze-pop draws from the shared knowledge of it’s four members’ previous bands”..

The Brighton & Hove News Music Team also took the opportunity of whizzing across the county to catch up with Piroshka at The Piper in Hastings on 20th December 2019 – Read our review HERE. 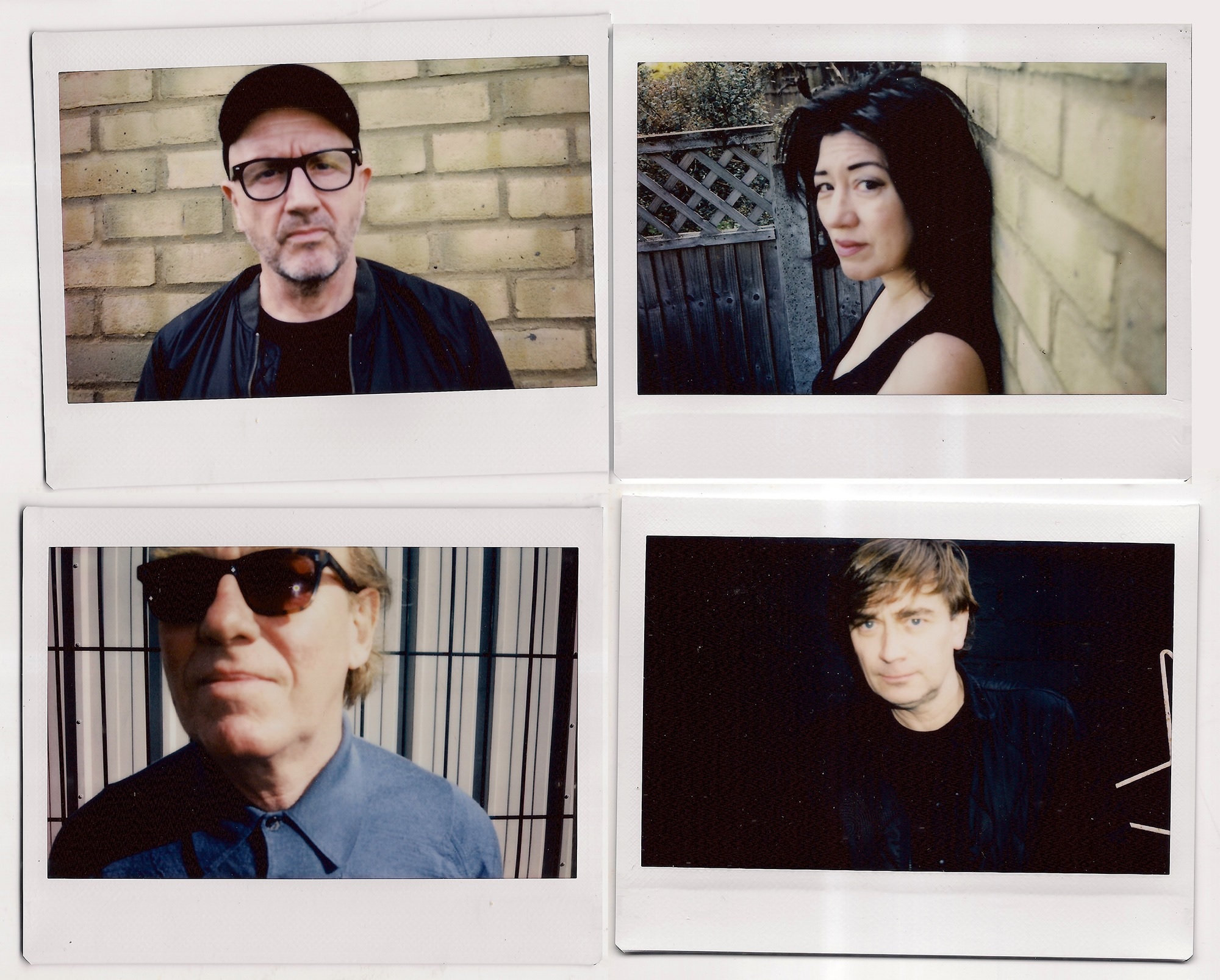 The connections between them are a veritably tangled family tree. Before they lived together and raised a family, Miki and Moose were notable figures on the so-called shoegaze scene, while Elastica were Britpop peers. After post-punk pioneers Modern English split for a second time, Mick became a latter day member of Moose, while Justin joined the reformed Lush in 2015. And when Lush required a bassist for what proved to be their final show (in Manchester) in November 2016, Mick stepped in. 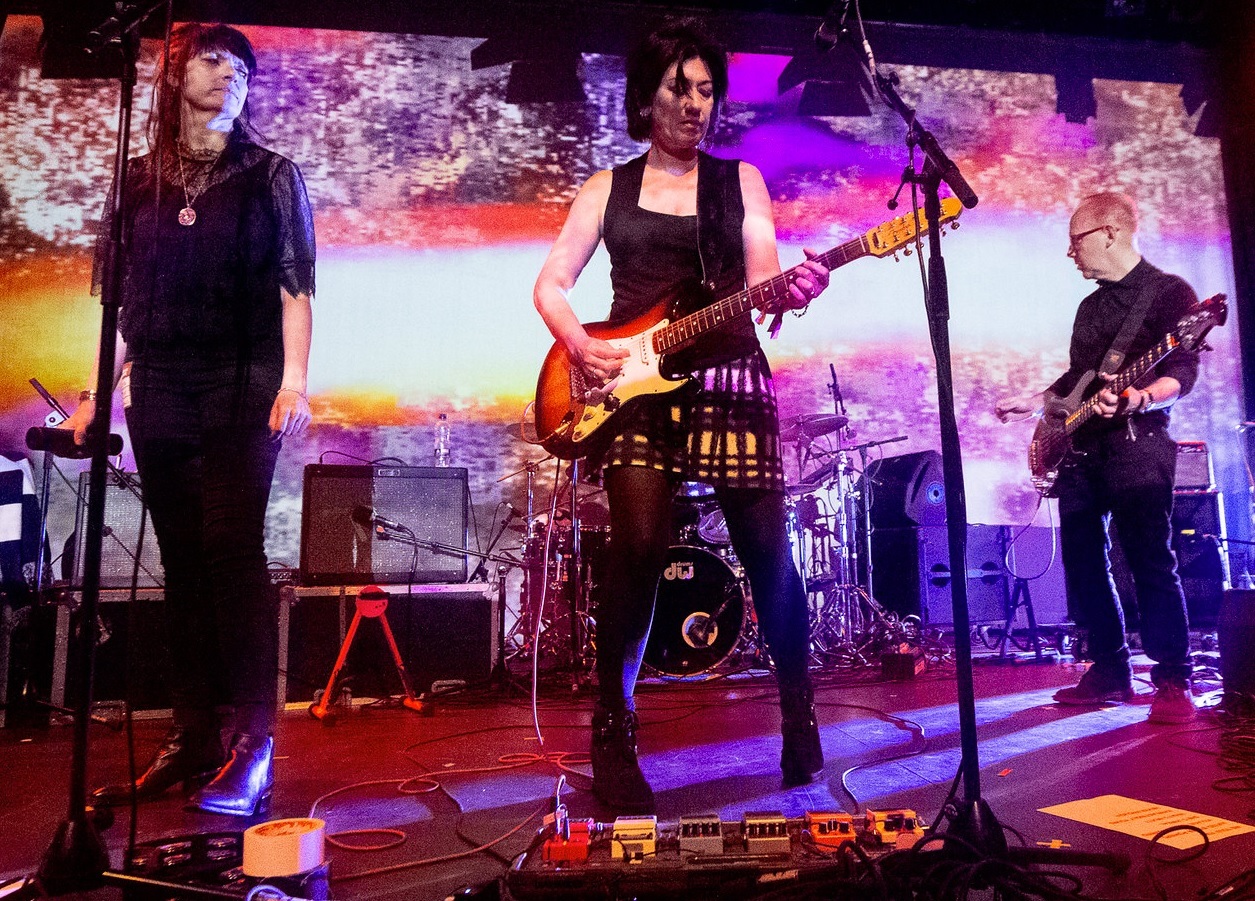 In fact, Simon Raymonde (Bella Union’s skipper) had been one of the first to hear the demos; he instantly signed the band, further entangling the Piroshka family tree – his former bandmate Robin Guthrie (of Cocteau Twins) produced Lush’s debut album, while Raymonde’s current bandmate Richie Thomas (in Lost Horizons) is a former member of Moose. Raymonde subsequently introduced Piroshka to Paul Gregory of Bella Union labelmates Lanterns On The Lake, who mixed ‘Brickbat’ (except ‘What’s Next’, mixed by Alan Moulder) and to Fiona Brice (another Bella Union alumni), who wrote the strings arrangements, with Terry Edwards (ex-Higsons, current Blockhead), who played on Lush’s final album on brass.

The album is named after the word for a ‘missile’, which nails the record’s heavyweight lyrics if not the music’s gorgeous, bittersweet and euphoric pop. Think of ‘Brickbat’ as a wolf in sheep’s clothing – which suits the name Piroshka, the Hungarian take on the wolf-terrorised fairy-tale hero ‘Little Red Riding Hood’ – a subtle nod, too, to a certain red hairdo that stood out in the 1990’s Brit-guitar-pop scene.