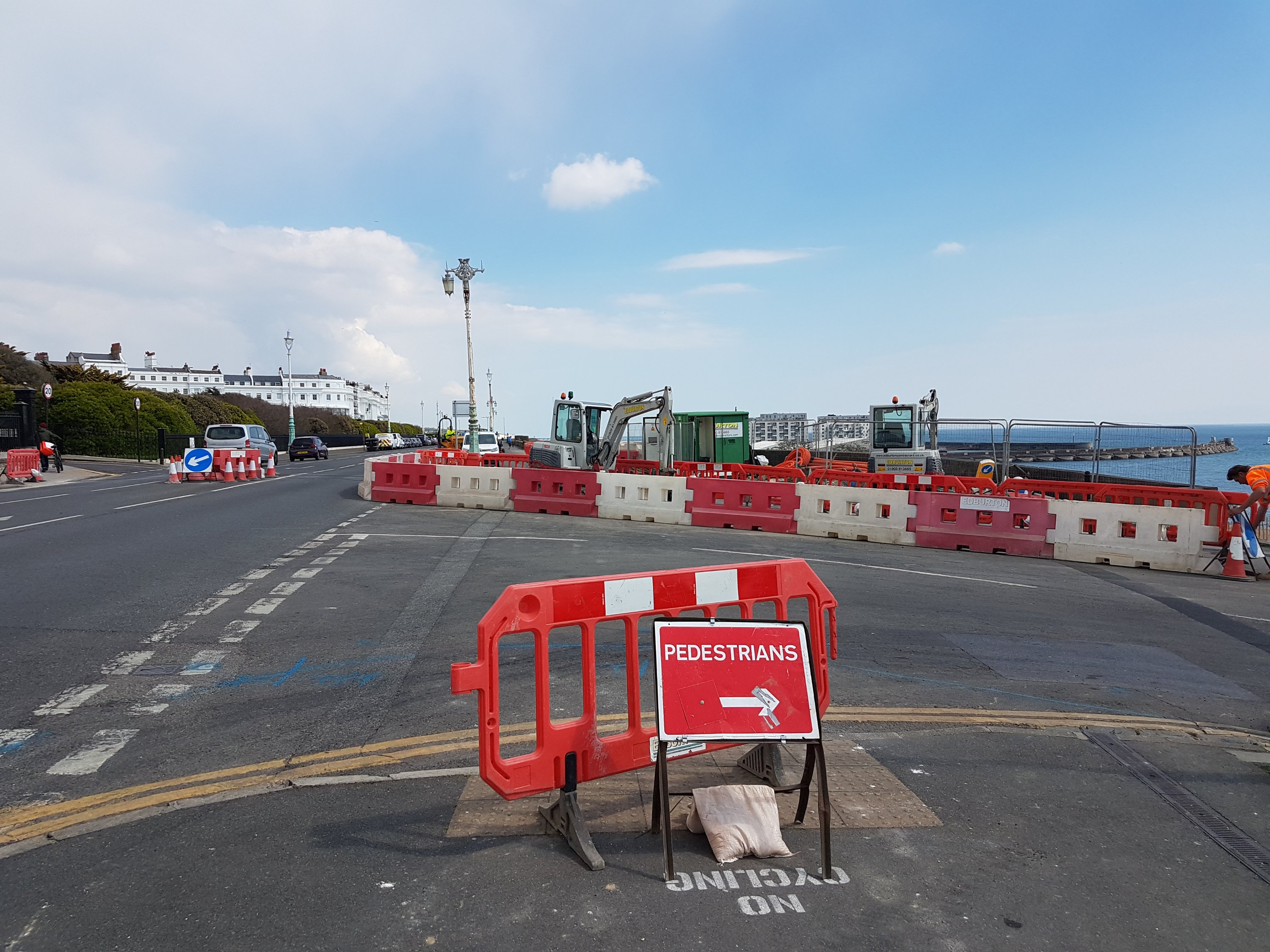 Work has begun on putting in new traffic lights and pedestrian crossings at the top of Duke’s Mound.

According to provisional plans in the Black Rock planning application, a set of lights will be installed on the eastbound carriageway of Marine Parade just before the Duke’s Mound junction.

Two formal crossings, one to the east of the junction across Marine Parade, and one across the top of Duke’s Mound, will be put in.

And at the bottom of Duke’s Mound, lights will be installed on Madeira Drive on either side of the junction, with a formal crossing just to the east of it.

A new footpath and cycle lane will be created on the southern side of Madeira Drive to the east of the junction, and an informal crossing near the bottom of Duke’s Mound, at the bottom of the steps. 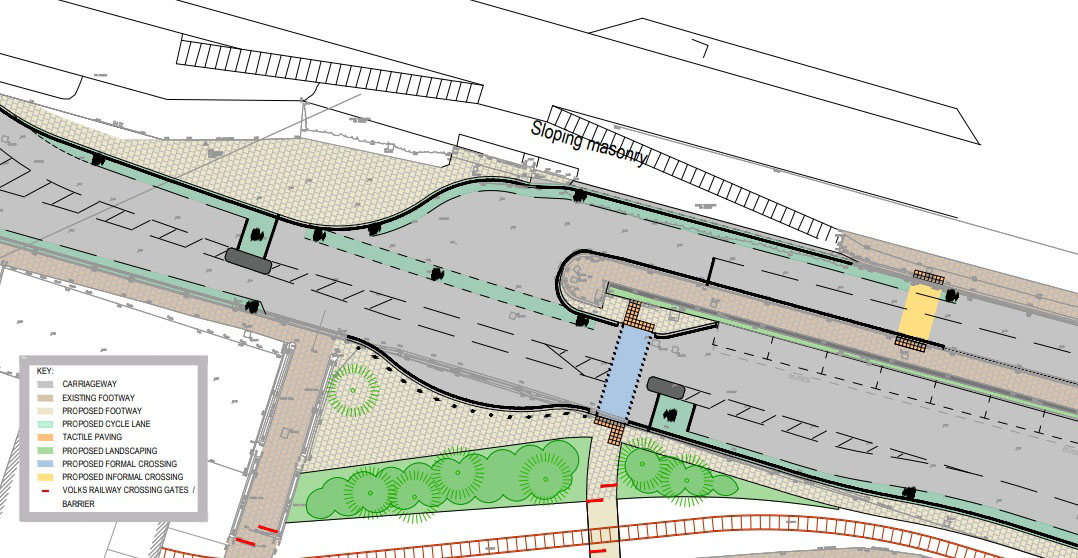 Work started on 12 April, and a sign on Marine Parade says it is due to take 12 weeks – until July 5 – and that delays are likely.

It was during scoping work for these roadworks that council officers decided a section of Madeira Terrace’s green wall had to be cut back to improve visibility at the junction.

The resulting severe pruning caused an outcry and an investigation has been launched into how it happened.

Meanwhile, work to create a new cycle lane along Madeira Drive is almost complete, with a new green surface being applied.

Once finished, the cycle lane on the pavement will be removed, creating more space for pedestrians, particularly at pinch points from Peter Pan’s playground to the Bison Bar.