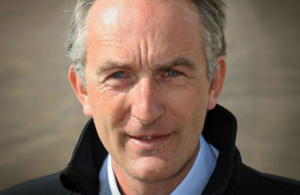 Tributes have been paid to speedway legend Jon Cook who died on Monday (3 May) at the age of 55.

Cook, who grew up in Portslade, was passionate about speedway and rode briefly for the Eastbourne Eagles in his twenties.

He went on to much greater success off the track, becoming the club’s co-promoter in 1993 alongside Len Silver and leading them to national success.

Cook left Eastbourne 14 years ago for a similar role at Arena Essex, who became known as Lakeside, before returning to Arlington as head of speedway two years ago.

He became the leaseholder of Arlington Stadium, with another former Eagle, Martin Dugard, whose family have a business in Old Shoreham Road, Hove.

Cook, who also served as vice-chairman of British Speedway, then stepped back from his speedway role with the Eagles because of a potential conflict of interest.

British Speedway said: “He had a glittering career as one of the leading voices in the sport.

“A passionate person, he was always keen to get his views across and was a great servant to the sport.

“During his initial spell as promoter at Arlington he won the league title in both 1995 and 2000 and also the Knockout Cup three times.”

“Personally, I always got on well with Jon. We had lots of discussions about the sport and, when he was interested in taking on the chairman’s role, he stood aside to allow me to take on the role. That speaks volumes for the man.

“I really cannot believe this news and on behalf of everyone in British Speedway I pass on our sincere condolences to Jon’s family at this deeply difficult time.” 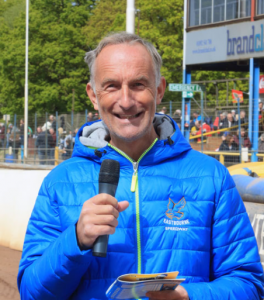 Eastbourne Speedway director Ian Jordan said that news of Jon’s death was “shocking and frankly numbing” for everyone involved there – from the past to the present day.

He said: “Obviously, our thoughts are with Jon’s sons and his ex-wife and current partner and all of his extended family and close friends and associates.

“I’m sure that everyone involved with Eastbourne as riders, sponsors, officials, supporters, staff and management who have worked with and for Jon, or supported teams he was involved with, including some halcyon days, will hear this news with great sadness on a personal level and want to remember Jon fondly for his commitment and work for both our club and also the Lakeside/Thurrock Hammers and for the sport in general.

“Jon was a passionate and colourful character who lived his life to the full – and it will be much duller and less colourful without him.” 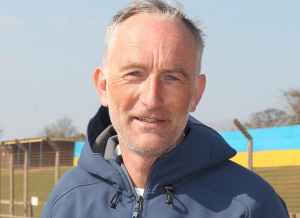 Margaret Dugard said on behalf of the Dugard family: “We were all shocked and saddened to hear the terrible news about Jon.

“He had been a very good friend of our family and has been involved in the sport for many years. Our condolences go to his two sons, family and friends.”

Cook, who lived in Shoreham, was a keen surfer and also gave his time to youth football, including Adur Athletic, when one of his sons was younger and involved in the sport.