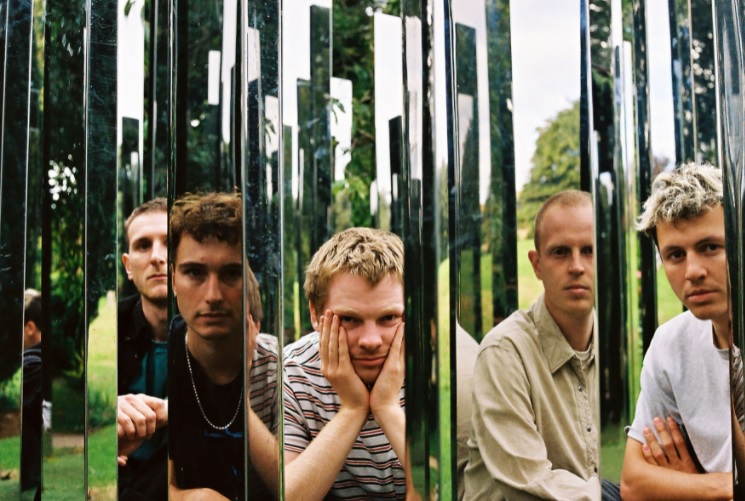 Tomorrow, 7th May 2021, the quintet will be releasing their debut album ‘Bright Green Field’ via Warp Records. The album offers towering scope and ambition, it is deeply considered, paced and intricately constructed. With all band members playing such a vital and equal role, the album is very much the product of five heads operating as one. 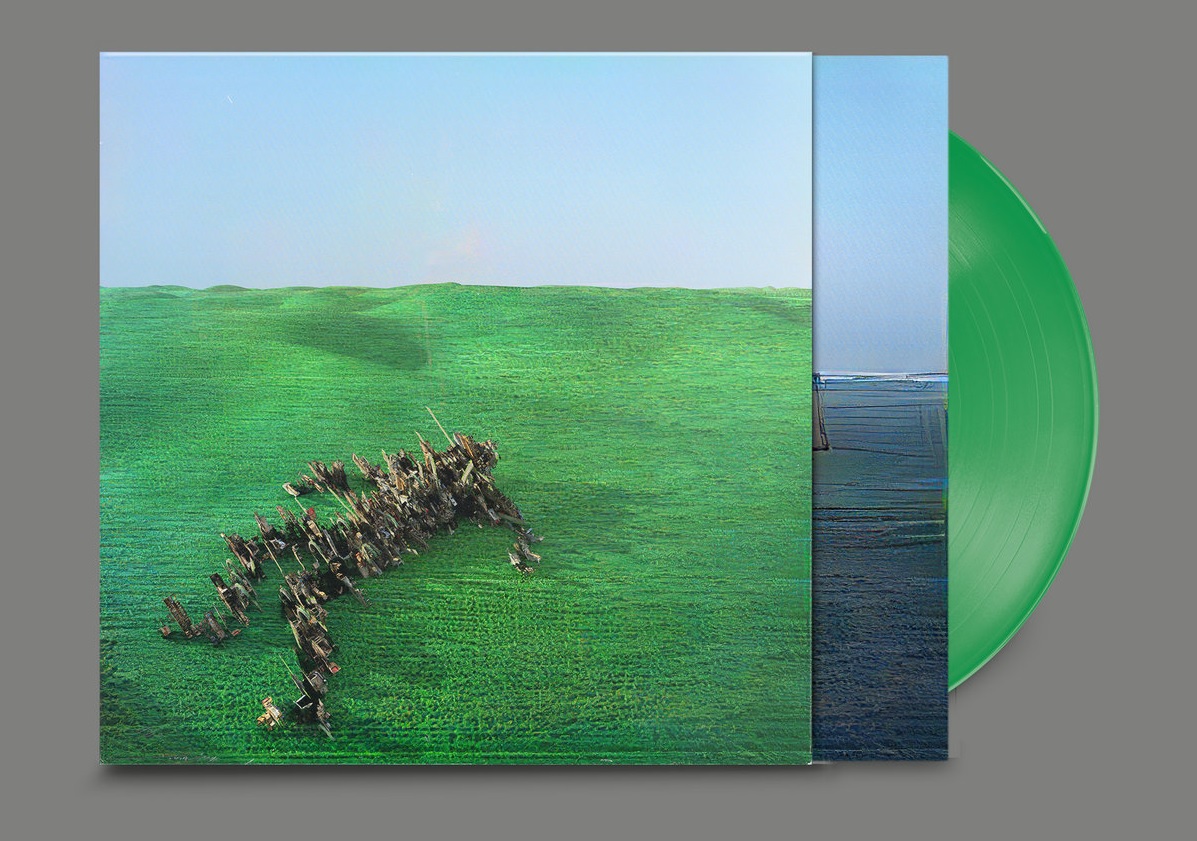 The album features field recordings of ringing church bells, tooting bees, microphones swinging from the ceiling orbiting a room of guitar amps, a distorted choir of 30 voices, as well as a horn and string ensemble featuring the likes of Emma-Jean Thackray and Lewis Evans from Black Country, New Road. However, for all the innovative recording techniques, evolutionary leaps, lyrical themes, ideas and narratives that underpin the album, it’s also a joyous and emphatic record. One that marries the uncertainties of the world with a curious sense of exploration as it endlessly twists and turns down unpredictable avenues.

Also tomorrow, (Friday 7th May 2021), Squid will be performing live on Bandcamp, with an event titled ‘Bright Green Field’ Synth Jam + Release Party. The event commences at 6pm. Fans wishing to watch this event must be aware that they will require a free Bandcamp fan account to view. Live Stream tickets and further information available HERE. 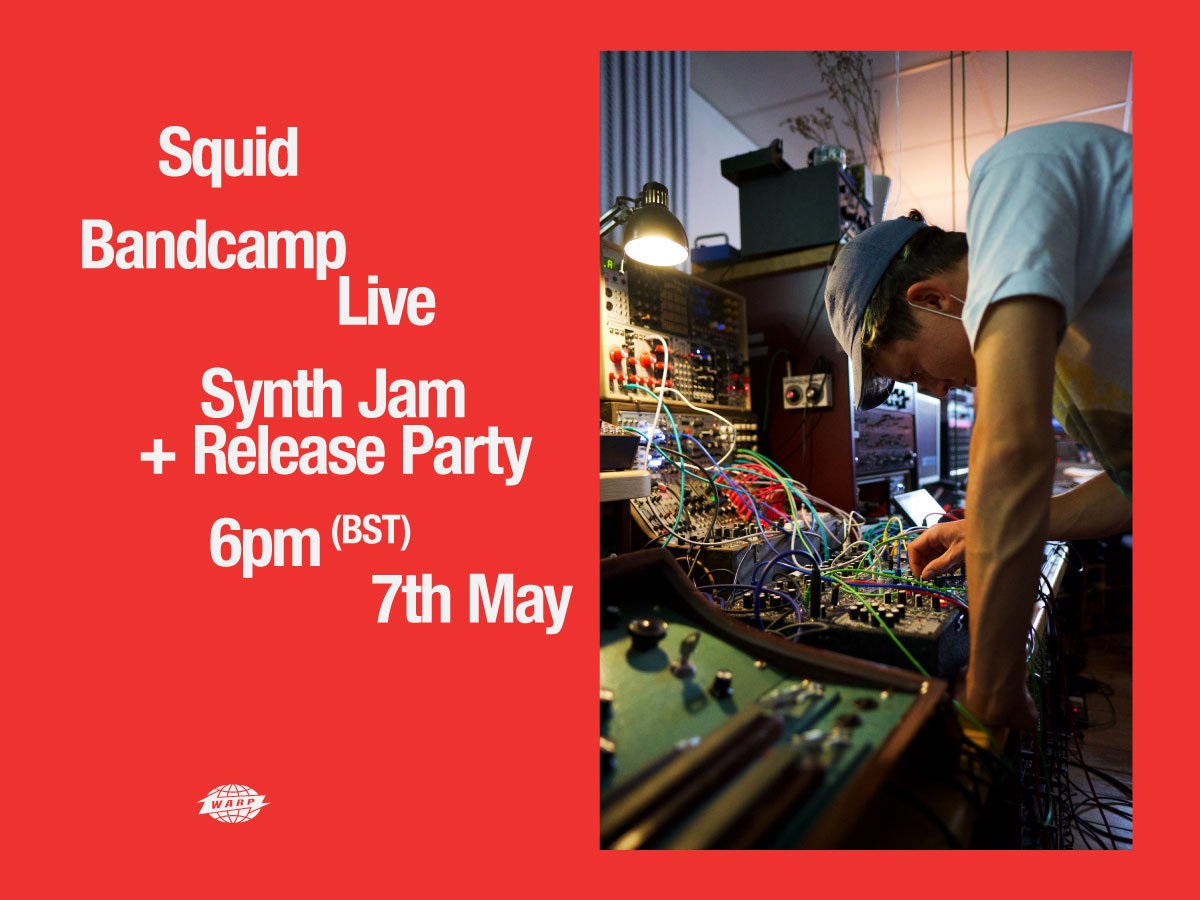 Not content with this, Squid have announced ‘Fieldworks’, a socially distanced UK tour of work-in-progress new music which presents a unique opportunity for fans to witness Squid’s creative process first-hand.

Squid have always flourished when fleshing out new material in front of fans, feeding on their energy to create something transcendental. It takes a fearlessly forward-looking band to take this unexpected turn and play exclusively new ideas. Tickets will be limited to x2 per purchase.

The ‘Fieldworks’ tour is a unique opportunity for fans to experience something different in some beautiful and unusual settings before the band set out on their July headline UK tour where fans will be able to hear ‘Bright Green Field’ live for the first time. 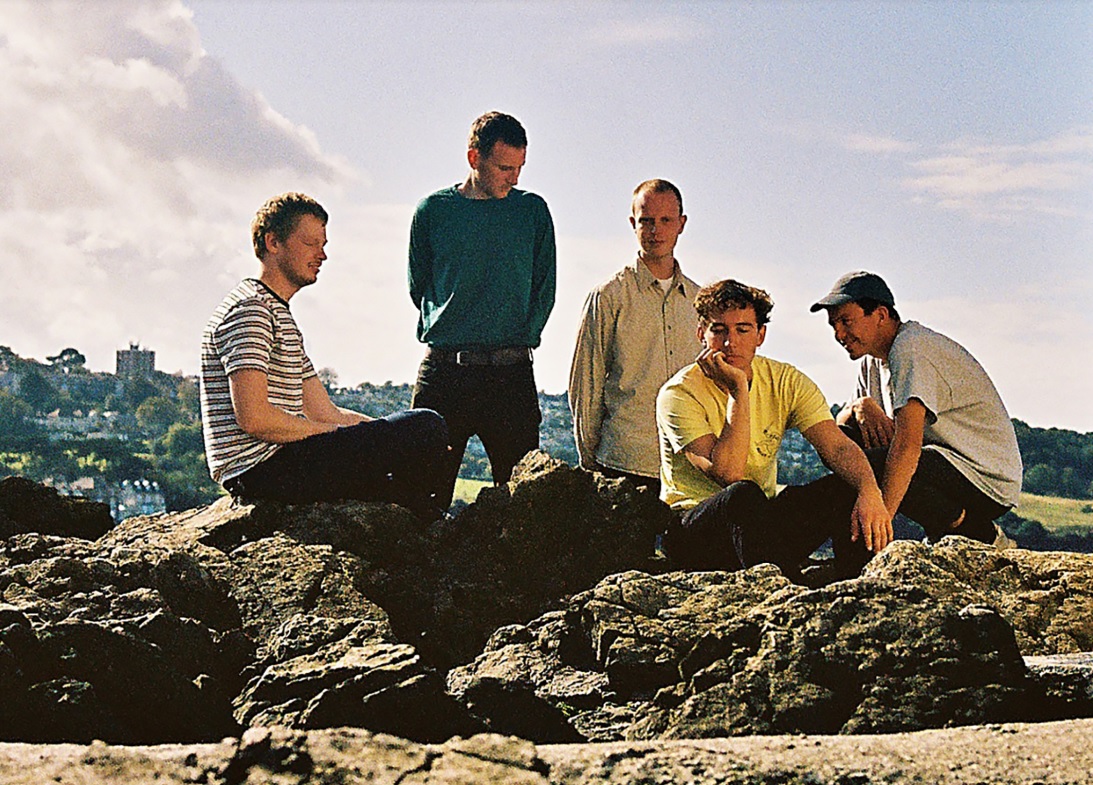 Squid on the ‘Fieldworks’ tour: “With all this time rooted in one place we’ve been hard at work writing new music together. We thought that this little tour of places, off the beaten track, would be a great opportunity to show you all some new tunes and some REALLY new tunes. We can’t wait to play some places that aren’t on the traditional touring circuit and see all your faces.”

The ‘Fieldworks’ Sussex concert will be performed at the iconic De La Warr Pavilion in Bexhill-on-Sea on Wednesday 9th June 2021 – Tickets available HERE.

The band will also be playing ‘normal’ live concert dates in September and October, when they open up their tour here in Brighton at the Concorde 2. Tickets for this gig on Tuesday 7th September 2021 can be purchased HERE. 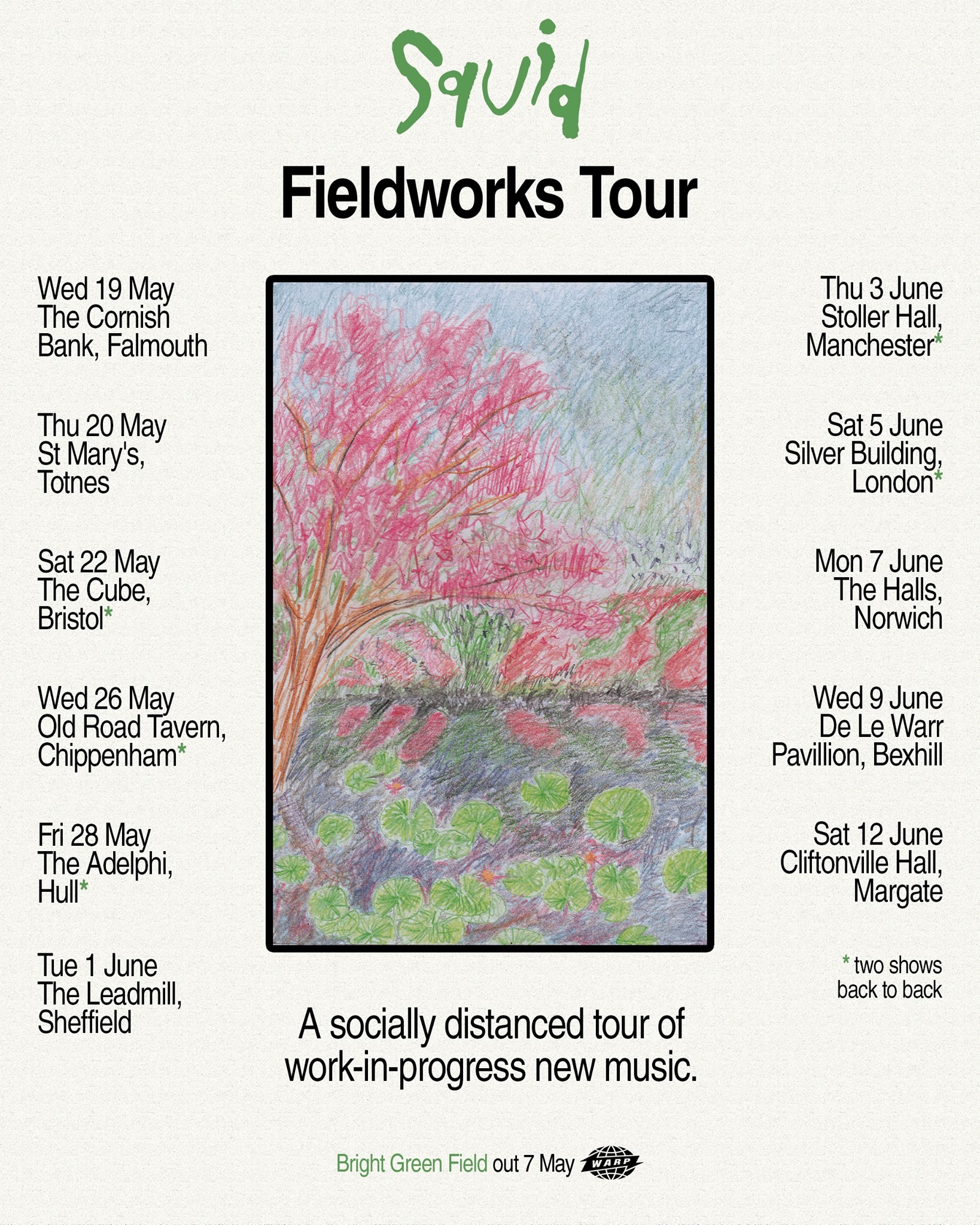