The site of a demolished doctors’ surgery could become council housing instead of student flats.

The prospect was raised by councillors at a Planning Committee meeting yesterday (Wednesday 5 May) as they discussed the old Willow Surgery site, in Bevendean.

The owner of the plot, in Heath Hill Avenue, on the corner of Auckland Drive, has planning permission for student flats with 24 bedrooms.

A condition of the planning permission, granted on appeal in May 2015, required a temporary surgery to be built – on neighbouring Farm Green – during construction of the flats.

But the company that owns the site, Heath Hill Student Developments, is in receivership – and the receivers applied to Brighton and Hove City Council to drop the requirement for a temporary surgery.

The surgery closed in September 2016 and was demolished shortly afterwards. And health chiefs – from Brighton and Hove Clinical Commissioning Group (CCG) – have since said that there was no demand for a new surgery on the site. Nor did they have any plans to fund one.

She said that the requirement was putting off potential buyers as the receivers from Savills tried to sell the site.

Labour councillor Daniel Yates, who represents Moulsecoomb and Bevendean, said that it was “ridiculous” for the council to demand an unwanted temporary building on neighbouring Farm Green.

But he was angry that the developer had managed to get away without building anything on the site.

Councillor Yates said: “I recall very clearly there was a direct suggestion the last time we considered changes (to this application) that maybe the council could take this land on and put council housing on it.

“I still think that is a possibility. I am sure that the developer could talk to the council about that in a different forum.

“Whatever comes forward in the future, I hope it does start to meet the needs of this community and not just the needs of other communities.”

Fellow Labour councillor Gill Williams, who works at Brighton University, said that the universities were struggling to fill the many purpose-built student flats in Brighton and Hove since the coronavirus lockdowns started.

She said: “I would be delighted if the council was interested in purchasing this land because we need more social housing.

“We have quite a lot of student accommodation being thrown up here, there and everywhere. I do know there have been difficulties filling them all because there are so many.”

Conservative councillor Carol Theobald said that she was satisfied with the CCG’s letter about there being no demand to replace to the old surgery, adding: “It was demolished four years ago. It is an ideal spot for students and it could free up family homes.”

Independent councillor Bridget Fishleigh asked: “If we’re not getting a doctor’s surgery, what is the community getting instead?

“A financial contribution? Are they going to build a playground? I don’t mind voting for this if we get something instead of a doctor’s surgery.”

Councillor Fishleigh was told that extra conditions could not be imposed at this stage. 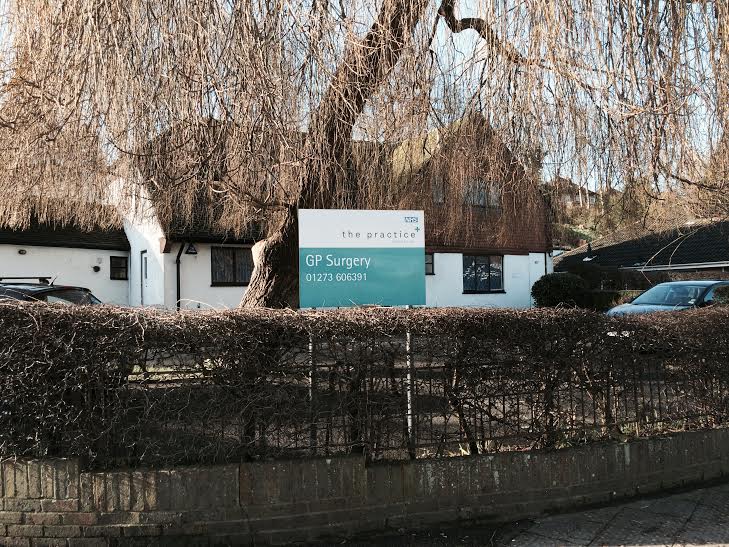 The Willow House surgery in Bevendean before it was demolished

Green councillor Sue Shanks said: “I do think there is a lesson to look at in the future when we have got things that people have promised. How do we make sure they happen before too much time goes on?

“If we can get it and put housing on it that would be great.”

Fellow Green councillor Leo Littman, who chairs the Planning Committee, said that councillors were being aspirational about the potential for the land.

Eight councillors voted to remove the requirement for a temporary surgery and one abstained.