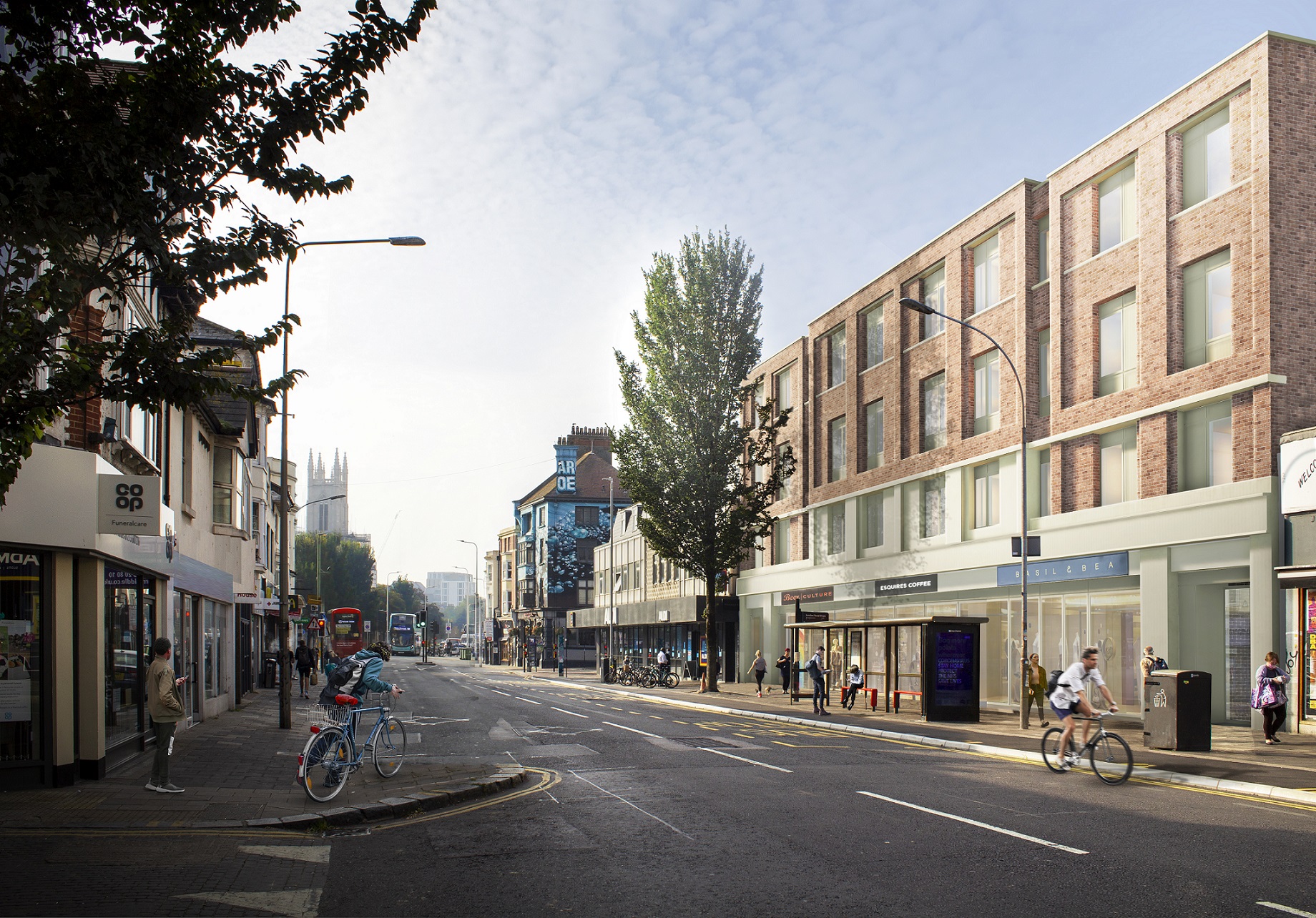 The McLaren plans for the old M&S building

A new student housing development on London Road is due to be finished this summer – as another on the other side of the road is slated to start next year.

The Curlew Opportunities development in the former Co-op and Boots building should be finished within weeks, with the Co-op returning and students expected to start moving in this September.

Meanwhile, the former M&S building which now houses Poundland, Iceland and Peacocks will be knocked down next summer to make way for McLaren Property’s five-storey student flat and retail development. 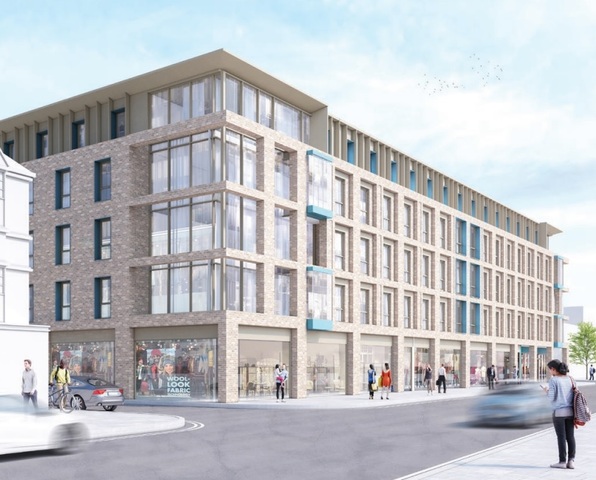 McLaren Property said that Iceland, Poundland and Peacocks’ lease runs out next summer and that it is in talks with them for the future – but no formal agreements have been made.

A spokeswoman said: “The current occupiers will vacate the property when their leases expire in 2022. The new development includes brand new retail space that is fit for purpose to modern retail needs, and flexible in so far that it could be occupied by one national retailer, or split into multiple smaller stores aimed at local retailers.

“Although we have had conversations with retailers regarding the space, we are yet to make any formal agreements.

“McLaren Property remain open to any of the retailers returning to the new space and keep an on-going dialogue.”

Greg Fox from Curlew Opportunities said: “We intend to complete the scheme by the end of July ready for students to move in during September.

“Co-op are returning to the scheme but at the moment, Boots are not.”

The new building, with 156 student bedrooms, will have 24/7 security presence to manage the building, and environmentally friendly features such as solar panels and air source heat pumps.

The development will also be car-free and have cycle route access and storage spaces. Its back entrance on Providence Place should also smarted up the square.

McLaren says it believes that post-covid, students will have more of a preference for dedicated student housing over shared houses, and so hopes it will help free up former family homes.

Dan Bailey, director at HWA, said: “We are really pleased to be working with McLaren on the London Road development following planning approval – transforming what is currently an inefficient and underutilised site into much-needed student accommodation and fresh new retail units.

“The site presents a great opportunity to enhance the local area and contribute dramatically to the ongoing regeneration efforts on both sides of the site. We have been involved with the planning and design for this build since the beginning, working with McLaren Property, to provide our civil and structural engineering expertise to this scheme through the pre purchase and pre planning project stages.”

David Atherton, development director at McLaren Property, said: “We are very excited about the potential for this development – to contribute positively towards the regeneration of this important area within the city.

“Removal of the existing building means Providence Place Square can finally become a welcoming and successful inner city green space to be used by local residents.

“Students contribute vitally to the local economy and by occupying purpose-built student accommodation rather than HMOs, there is an opportunity to free up those local houses to local families.

“High quality design is at the heart of every project that we undertake and McLaren Property, together with our consultant team, is committed to delivering buildings that help drive positive change.”

Curlew Opportunities has been in talks with the nearby King’s College independent college which wants to house its students in the new rooms.