A new food store has applied for a premises licence but faces opposition from Sussex Police and Brighton and Hove City Council’s licensing team. 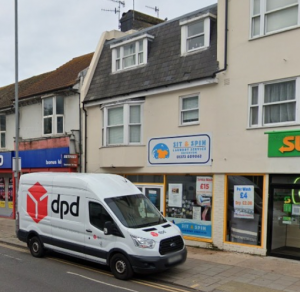 Esra Baser has applied to the council for a premises licence to allow her to sell alcohol from the shop in Lewes Road, Brighton.

She wants to be able to sell drink from 9am each day until 11.30pm on Fridays and Saturdays and until 11pm Sunday to Thursday.

The premises is currently a launderette, next to a branch of Subway. It used to be a Turkish grocery.

But the shop would be in an area of Brighton and Hove with a high proportion of licensed premises where the council has stricter rules because of drink-related crime and disorder.

In a formal letter of objection, an unnamed member of the Sussex Police licensing team said: “The applicant has offered limited information (in) their application with minimal workable conditions and Sussex Police do not believe these go far enough to help mitigate any potential risk in this area of the city.

“The conditions offered fall far short of the current city-wide expected standard and there is no mention of any crime prevention measures.

“Sussex Police do not believe at this time the application in its current form addresses the concerns raised and therefore is at risk of undermining the ‘prevention of crime and disorder’, the ‘protection of children from harm’ and ‘public nuisance’ licensing objectives.

“Sussex Police additionally contend that the carrying on of additional licensable activity and the hours applied for at these premises will add to the existing negative cumulative effect in an area already saturated with licensed premises.”

An anonymous council licensing official also lodged a formal objection to the application “on the grounds of the prevention crime and disorder (and) the prevention of public nuisance”.

The application is due to be decided by a council licensing panel made up of three councillors at a meeting next Tuesday (18 May). The meeting is scheduled to start at 10am and should be webcast on the council’s website.